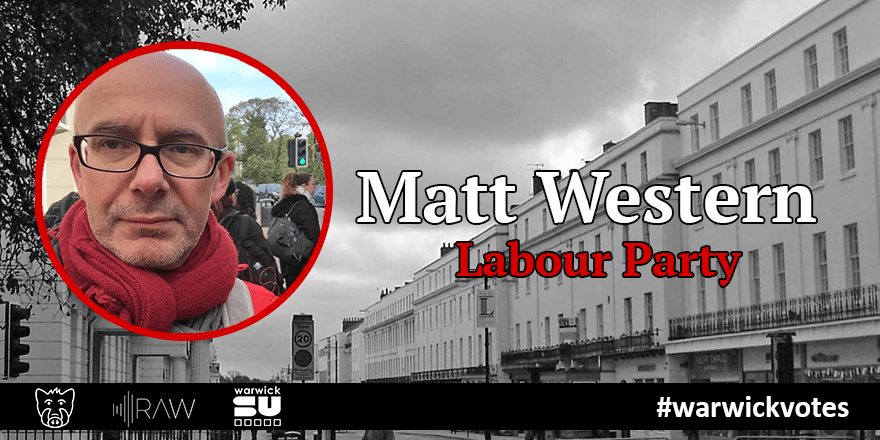 Matt Western (Labour) has been elected as Member of Parliament for Warwick and Leamington, defeating incumbent Conservative Chris White.

White had been elected to the seat in 2010, defeating Labour incumbent James Plaskitt.

Western has served as a Warwickshire County Councillor for the past four years. He stood on a platform which emphasised public transport, building lost-cost housing to deal with homelessness and developing a student housing policy.

Leamington & Warwick
Create your own infographics