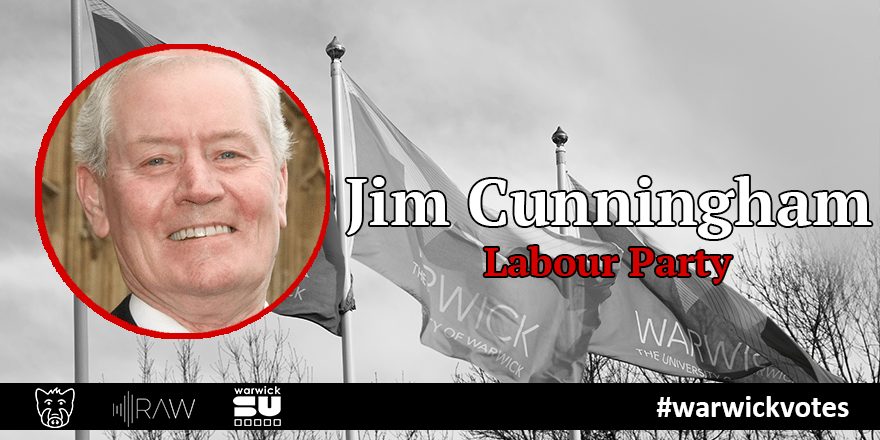 Jim Cunningham has been re-elected as Member of Parliament for Coventry South. Cunningham won the seat with 25,874 votes and 55% of the vote.

Cunningham has represented the seat since 1997; in the 2015 General Election, he claimed 18,472 votes and 42.3% of the vote. In this election, he stood on a platform of campaigning to provide a strong local police force, improving bus services and providing the NHS with more support.

Coventry South
Create your own infographics