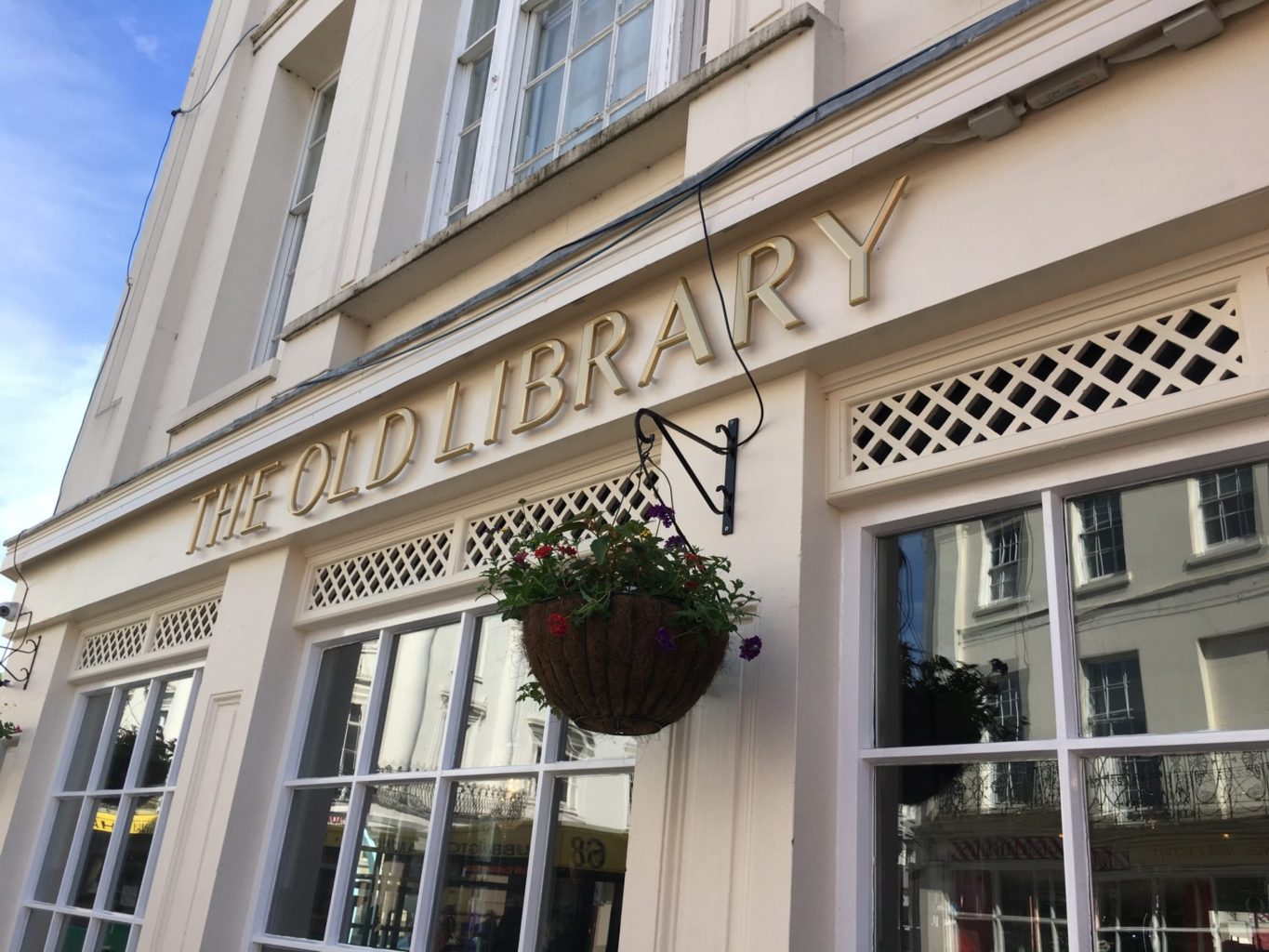 The Boar reviews: The Old Library

The closure of The Jug and Jester last month came as something of a shock to many at Warwick; the pub, one of Leamington Spa’s two Wetherspoons, was a regular haunt for students, and one of the few places in an increasingly affluent town that still sold drinks at an affordable price. The news that Wetherspoon had sold the property to Stonegate, the owners of brands such as The Slug and Lettuce and Yates, no doubt filled some with trepidation. Would the new venue, now named The Old Library, remain an affordable student pub, or would it become just another expensive gastro-pub?

With The Old Library now open to the drinking public, students can rest easy in the knowledge that, at its core, very little has changed during the transition. Upon entry, a seasoned Jug visitor will be struck by the most apparent difference; the absence of Wetherspoon’s infamous gaudy carpet, now replaced by pale hardwood flooring and stone tile. The brand’s signature wooden paneling has also been given a lick of paint, swapping out the Rotary Club aesthetic of varnished oak in favour of something a little more modern with a matte grey finish. 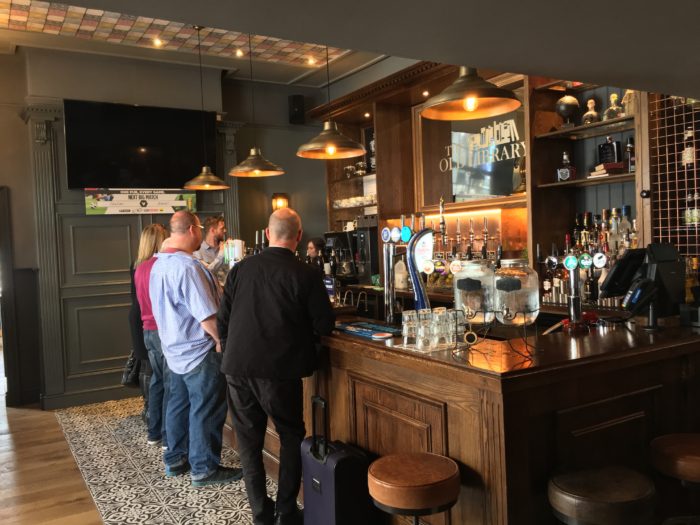 It’s not all change however; Stonegate have largely preserved the exposed brick that Wetherspoons attempted to style, though seem to have done a better job of incorporating it into the overall aesthetic; the weathered brick now looks purposeful and in keeping with the general decor, rather than accidental damage brought about by an inebriated pensioner. Likewise the layout has remained largely the same, with the front room retaining the exact layout of its previous occupant. If you’re already under the influence during your first visit, you’d be forgiven for thinking that nothing has changed. 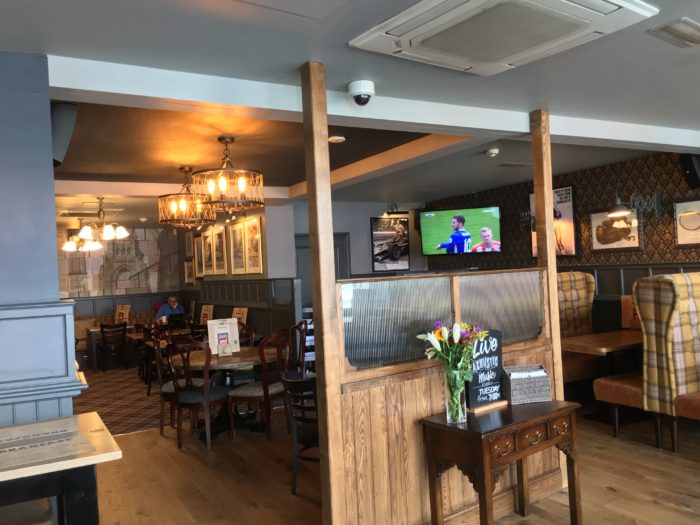 The other two rooms have seen more of a shake up. The inclusion of booths and partitions in the back room is a welcome addition that makes the space feel less sparse and more inviting, now resembling something more akin to a living area than a dinning room. The middle room has arguably seen the largest change, with the corner bar, forever a nightmare to get served at, replaced with a galley bar that replicates the front room. They’ve also kept the cask rack and picture selection left behind by the Jug, which offers a nice sense of continuity between the two pubs. Yet the stand out feature has to be new beer garden. The stone expanse has been replaced by green astroturf and two wooden canopies replete with heat lamps and an outdoor TV, turning a drab seating area that offered little outside of the summer months into a year-round beer garden that actually resembles an attractive space to spend your time. 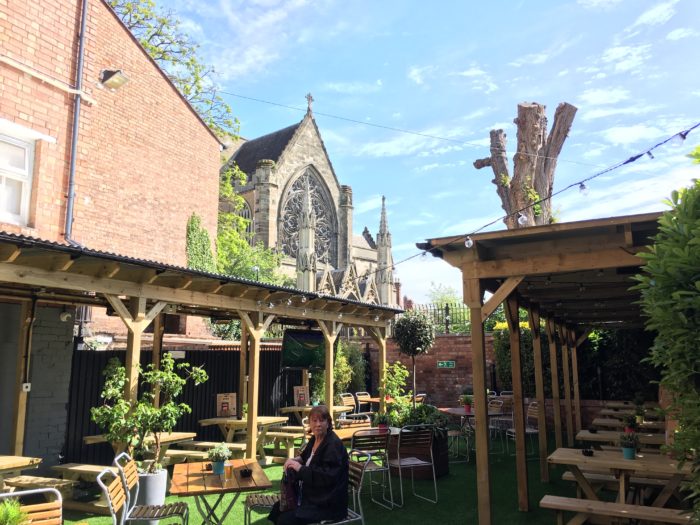 But for all the aesthetic differences, this review has yet to address the factor that most students care about: drinks prices. Looking at the menu, it’s undeniable that Stonegate were aware of their demographic. Whilst a few new lagers and ales have been added to the selection, The Old Library’s offerings have remained largely the same, with prices for both pints and spirits keeping consistent with the Jug’s. And whilst they’ve greatly expanded their cocktail range, all are offered at a 2-for-1 deal all day, everyday, making even that option relatively affordable. If you were content with the Jug’s prices, you’ll no doubt be happy with The Old Library’s. The food menu also follows the same trend, offering a different selection from Wetherspoons’ own, but very much alike in cost. If you’re used to a hungover Jug breakfast after a heavy night out, you’ll still be in safe hands with The Old Library.

So for all the turmoil and fanfare, arguably little has changed. It is, at heart, a chain pub. The drinks are still cheap and clientele is still consistent. If you’re expecting Leamington’s next great gastropub or gin bar, you may find yourself disappointed. However, if the closure of the Jug left a cirrhosis-esque hole in your liver, you’ll feel right at home. And if there was ever any doubt as to The Old Library’s credentials as a suitable replacement to The Jug and Jester, the sight of an octogenarian knocking back his second John Smiths of the day at nine in the morning should offer you some confirmation; it may have a new coat of paint, but it’s still the same old pub at heart.