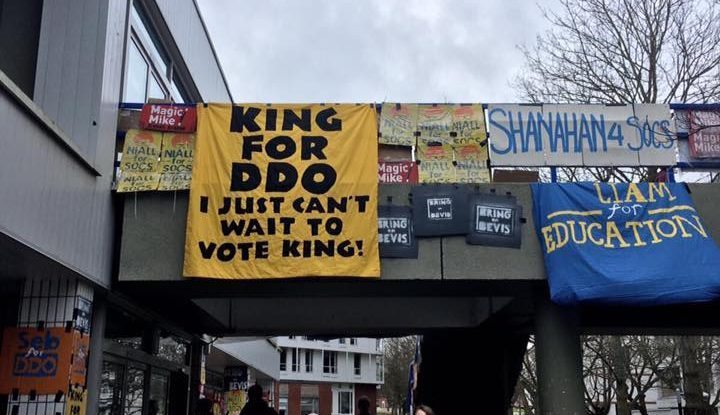 Voting for this year’s Warwick Students’ Union (SU) Spring Elections opened at 9am on Wednesday 1 March, and will close at 9pm on Friday 3 March.

The full-time 7 Sabbatical Officer roles, Part-Time Officer roles as well as Warwick’s delegates for the National Union of Students (NUS) Conference are the roles which votes can be cast for.

The real-time voting statistics show that over 700 students – at the time of writing – had already voted in the first two hours.

This equates to 4.1% of the 16381 undergraduate students, and 0.3% and 0.2% of postgraduates and foundation students, respectively.

As usual, History students are leading the way with engagement, with over 10% having already voted.

Hustings for the 7 Sabbatical Officer roles took place on Monday 27 and Tuesday 28 February.

The most hotly contested Sabbatical positions are President and Democracy and Development, with 4 candidates standing for each. Postgraduate Officer, meanwhile, follows the precedent of last year, with only 1 person in the running.

A variety of Part-Time Officer roles also only have a single candidate, including LGBTUA+ Officer and Women’s Officer.

A total of 17 students are running to be Warwick’s NUS delegates.

On her Facebook page, current Democracy and Development Officer Becky Gittins commented: “Voting in the Officer Elections 2017 is NOW OPEN! You know what to do…”

You can vote here.