Beth Kynman talks through her favourite science stories of the week- from life-saving surgeries to David Attenborough. 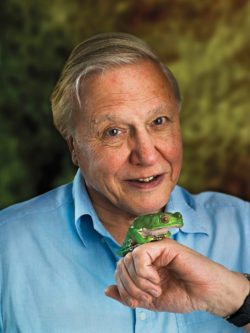 1. Sir David Attenborough has a fossil named after him

Researchers at the universities of Oxford, Yale, Leicester and Imperial College London have named a 430 million-year-old fossil after the popular nature broadcaster Sir David Attenborough. The fossil is an arthropod – the same family of animals as insects and crayfish –  and was found in some volcanic rock discovered in Herefordshire. It has been named Cascolus Ravitis; ‘Cascolus’ is a Latin version of the Old English form of ‘Attenborough’, and ‘Ravitis’ is related to the Roman name of Leicester, where
Attenborough grew up.

In a life-changing operation, surgeons at Advocate Childrens’ Hospital in Chicago have successfully removed a baby’s ‘parasitic twin’ from her back. Baby Dominique’s twin did not develop properly in the womb and fused to her back and shoulders, leaving her with extra feet and legs and strain on her heart and lungs. Due to the position of the underdeveloped twin the surgery was risky; Dr Ruge, the lead surgeon, said “We could destabilise her spine and cause her impairment”. However, from using a huge amount of specialised imagery and modern technology the surgery was a success, and Dominique is recovering well.

Dr James Sprittles of Warwick Mathematics Institute has developed a new theory that explains what causes water droplets to splash on a surface. The splash is due to a thin layer of air between the surface and the water that cannot be moved aside, causing parts of the liquid to splash back. The theory which Sprittles has developed describes exactly what happens by considering the microscopic interactions of the fluid, including factors like air pressure and fluid viscosity. The research has wide implications in the 3D printing of hearing aids, cloud formation, and even in investigating blood splashes at crime scenes.

Miles Soloman, an A-Level student, had been studying radiation data from Tim Peake’s ISS mission when he spotted the error. He realised that at certain times the energy reading was ‘-1’; when nothing was hitting the detector- which should be impossible. After contacting NASA they told him they had known about the problem, but had been unaware it was happening several times a day. Professor Larry Pinksy, a Houston academic who worked with NASA on the detectors, said Soloman noticing the mistake was “appreciated more so than it being
embarrassing.” 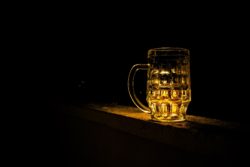 5. Moderate drinking found to lower the risk of heart attack

Alcohol has previously been shown to increase the amount of good HDL cholesterol in the blood, which can reduce the risk of arteries becoming clogged with fatty substances. This has recently been supported by research published in the British Medical Journal which found that the group of people who drink moderately (less than 14 units a week) showed fewer cases of cardio-vascular disease than non-drinkers. However, before everyone gets excited and reaches for another pint, the researchers have said that there are more effective ways of lowering your risk, like good diet and exercise, that don’t increase the risk of liver problems and other issues related to alcohol consumption.