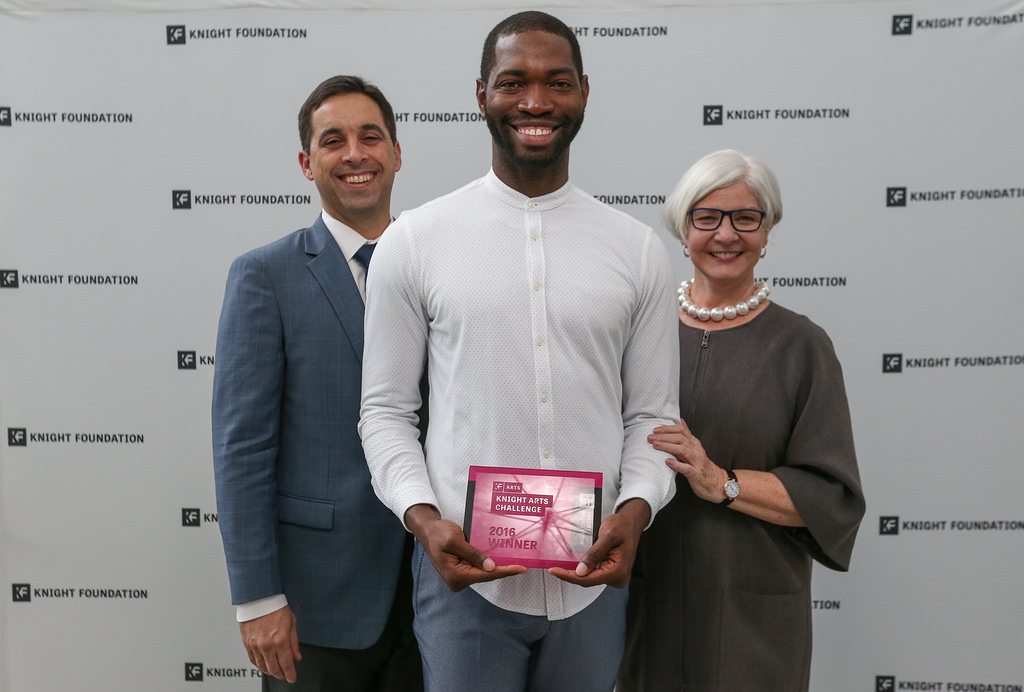 McCraney co-wrote the screenplay for Moonlight, a coming-of-age tale about a black American coming to terms with his sexuality, with director Barry Jenkins. The screenplay is based of McCraney’s own play, In Moonlight Black Boys Look Blue.

There was in fact a major error made when announcing Best Picture, with the wrong envelope given out and La La Land at first announced the winner. Moonlight was then declared the real winner halfway through the speeches.

McCraney is a Yale alumnus and received an honorary doctorate from Warwick in 2014. He was also the Warwick/RSC International Playwright in Residence at the CAPITAL Centre between 2008-2009.

Carol Rutter, Professor of Shakespeare and Performance Studies, commented: “Moonlight is a beautiful, heartbreaking, gracious and important film. Based on Tarell’s life growing up in a Miami housing project, the child of a junkie mother, poor, black, gay — and having to ask, as an 8-year-old, ‘What’s a “faggot”? when that’s what the school bully called him.

“Tarell was ‘ours’ for two years, while he was at the CAPTIAL Centre as the Warwick/RSC International Playwright in Residence (2008-09). And he remains ‘ours’, having accepted an Honorary Doctorate in 2014.

“He once told me that he’d been told by a hero of his that ‘black men loving each other’ was ‘a revolutionary act’. Moonlight puts that ‘revolutionary act’ out there, to let all of us see — men, women; black, brown, white; hetero, homo, bi; and everything in between — that loving is what humans do best. It’s what makes us human.”