Anti-Semitism on Campus: Warwick notes no increase despite national rise

Warwick University notes no further anti-Semitic incidents this year despite figures from Community Security Trust (CST) showing an increase in such hate crimes on university campuses, with 41 incidents reported in 2016, compared to 21 in 2015.

These unchanged levels of anti-Semitism come after several students and societies, including Warwick Jewish Israeli Society, managed to block a motion calling for a total boycott of Israel and the ban of their manufactured products on campus.

There are still concerns about the threat of anti-Semitism at Warwick however.

In 2016, a third-year International and Politics student who initiated the boycott motion, was also accused of anti-Semitism after tweets found on her account included: “Adolf Hitler= greatest man in history” and “Ed Miliband is Jewish. He will never become prime minister of Britain.”

We have talks to improve awareness about anti-Semitism and when it comes to the Palestinian-Israel conflict we’ve tried to provide a different perspective than what is usually presented on campus.

There was also a library book found last year that contained anti-Semitic annotations in the margins.

A definite increase in incidents has been reported at Birmingham University however, where a final-year Theology student received numerous anti-Semitic threats after posting a picture on Twitter of a sticker she and her peers had located on campus saying: “Hitler was right.”

This occurrence also precedes a swastika and “Rights for Whites” sign that was found in the University of Exeter’s halls. The University responded by saying it was an “ill-judged, deeply offensive joke” and that they had taken the necessary measures to deal with the situation immediately.

In November, Sheffield Hallam University said the independent adjudicator for higher education should pay £3,000 compensation to a student. This followed a failure to deal sufficiently with a student’s complaints about posts made in the University’s Palestine society social media accounts.

This kind of blatant anti-Semitism should not be tolerated in our universities and colleges, and institutions need to do more to combat it.

There are still calls from the Union of Jewish Students for a greater response to anti-Semitism from university leaders, especially following controversy about National Union of Students (NUS) President, Malia Bouattia, with the Home Office Select Committee and several key figures in student politics calling on her to apologise for past comments.

However, following the incident at Exeter Malia Bouattia herself commented: “This kind of blatant anti-Semitism should not be tolerated in our universities and colleges, and institutions need to do more to combat it. Students must be at the forefront of tackling racism and fascism in all its forms which is why NUS’s current programme of work exploring hate crime could not be more timely.”

The President of Warwick Jewish Israeli Society, Elena Odier, stated: “We have talks to improve awareness about anti-Semitism and when it comes to the Palestinian-Israel conflict we’ve tried to provide a different perspective than what is usually presented on campus.” 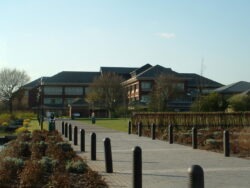 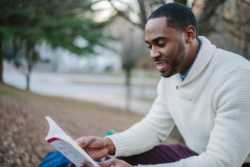