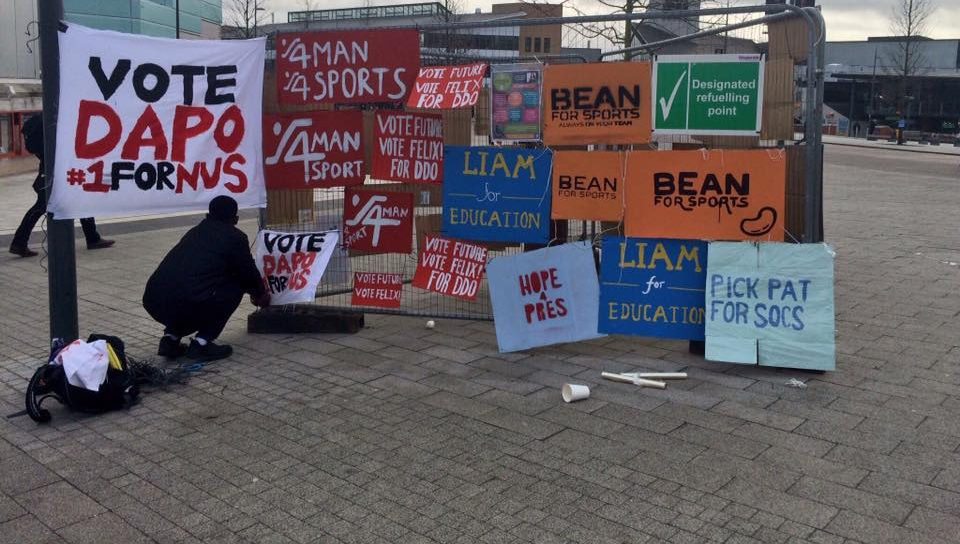 Campaigning for this year’s Students’ Union Spring Elections started at 9am this morning, with voting for candidates opening at 9am on Wednesday 1 March.

The full-time 7 Sabbatical Officer roles are up for grabs, alongside the wide range of Part-Time Officer roles as well as Warwick’s delegates for the National Union of Students (NUS) Conference.

The most hotly contested Sabbatical positions are President and Democracy and Development, with 4 candidates standing for each. Postgraduate Officer, meanwhile, follows the precedent of last year, with only 1 person in the running.

A variety of Part-Time Officer roles also only have a single candidate, including LGBTUA+ Officer and Women’s Officer. 17 students, meanwhile, are running to be Warwick’s NUS delegates,

Hustings will be taking place for the roles of Societies Officer, Welfare and Campaigns Officer, Education Officer and Postgraduate Officer on Monday 27, at 5pm in the Atrium.

The remaining roles of President, Sports Officer and Democracy and Development Officer will see hustings taking place on Tuesday 28 February, again in the same time and place.

The results of the week will be announced on Friday 3 March.

On her Facebook page, current Democracy and Development Officer Becky Gittins commented: “Campaigning has officially begun for the Spring Elections! I couldn’t be more proud of the efforts that candidates have taken to prove to you that they should be the next SU Officers.

She added: “The power is in your hands to decide the next SU officer team, voting opens on Wednesday at 9am.”

You can see the full list of candidates and their manifestos, including for Part-Time roles, here.