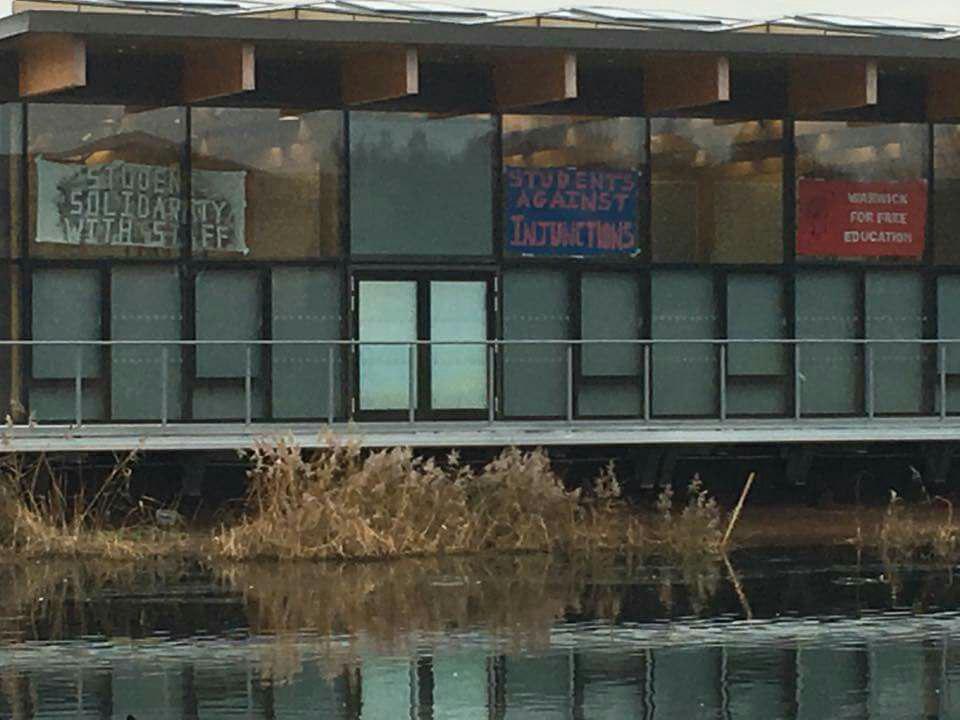 Warwick for Free Education (WFFE) yesterday formally called upon the University to reimburse staff who have lost income because of the ongoing occupation of the Slate building on campus.

But the University confirmed to the Boar that it has no intention of reimbursing staff, and blamed the occupiers for workers’ loss of income.

Peter Dunn, Director of Press and Policy for the University, said: “Staff would have been expecting additional employment opportunities working in that building which sadly we were not able to offer in the end because of the occupation. We know that this will have been especially disappointing for staff… who would have been hoping for additional income at this particular time of the year.”

When asked to confirm whether the University would not reimburse workers, the Boar was told: “We have nothing further to add to what we have said, which is very clear.”

The University refused to disclose the number of staff affected by the occupation. 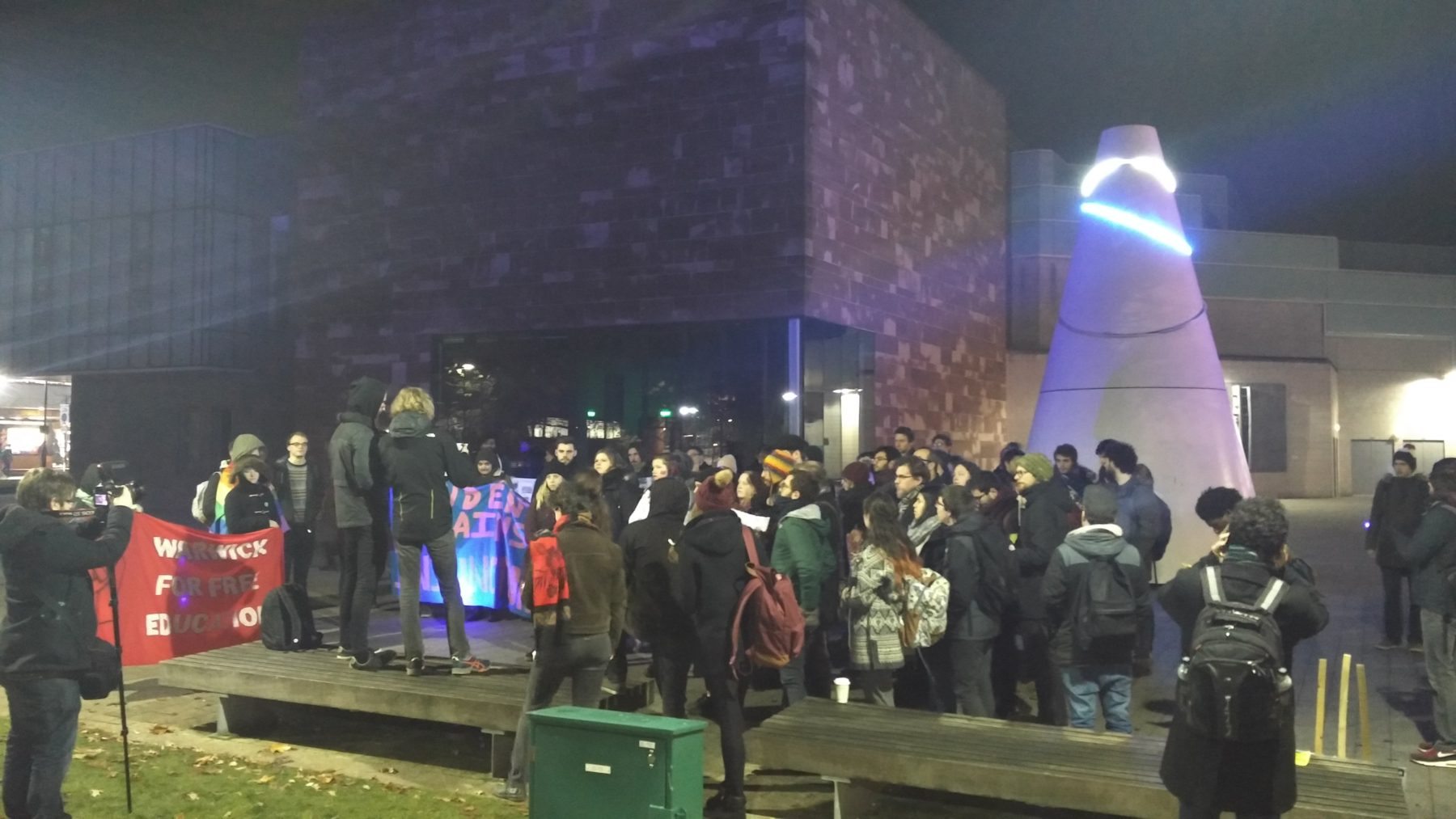 WFFE protest at the Koan before marching to the Slate. Image: Billy Perrigo

WFFE is occupying the £5.3m Slate building, the opening of which was disrupted by the group, to protest against the Teaching Excellence Framework (TEF), casualisation of labour at universities, and an injunction against occupation style protest on campus.

In response to being held responsible by the University for loss of staff pay, WFFE said: “The only reason these staff are going to lose pay is because they are on precarious contracts with no guarantee of consistent income, protection and security, which we are campaigning against. The fault here is with the University of Warwick.”

WFFE’s initial statement (which can be read in full here) emphasised the group’s history of organising alongside staff, and said: “If the University offered robust and stable contracts to all its workers, then it would not be possible for staff to lose out on income because of factors beyond their control, as is currently the case with the occupation and the related cancellation of events in the Slate building.

“If seminars had to be cancelled due to a lecture room being occupied, or flooded, we think it would only be fair for the University to pay for the hours that affected seminar tutors were scheduled to work… It is not fair that workers don’t get paid because events in the Slate have been cancelled… This effectively allows employers to shift the business risk completely onto the workers.

“We call on University management to reimburse any conference workers who may have lost out on income as a result of the occupation.”

If the University offered robust and stable contracts to all its workers, then it would not be possible for staff to lose out on income because of factors beyond their control.

The statement came after WFFE came under sustained criticism on Facebook from a small number of hospitality staff.

One said: “Staff who only work events on a part time basis have lost hours in the run up to Christmas. You don’t seem to realise that there are wider implications… staff were reliant on getting the venue opened and extra working hours for Christmas pay and you’ve robbed them of that.”

Another said: “Unfortunately what you are doing is acting like spoilt children, who need a reality check of the real world. You are not sacrificing anything by squatting in a multimillion pound venue and having meal nights, film nights and open mic nights… this must be so difficult for you, however are you coping! In fact, it sounds to me like you are having an absolute ball and not giving a second thought for how you are impacting on others’ lives.”

The occupation is currently in its eleventh day, and WFFE has a public schedule of events in the Slate until Friday of this week.