‘This is your starter for ten’: An interview with Giles Hutchings

The Warwick University Challenge team have shot through to the quarterfinals, with Giles Hutchings as captain. After beating East London to secure their place, Warwick will need to win two out of three games to make it to the next round. Social media has been abuzz with support for the four ever since.

As I kicked off with my starter for ten, asking Giles how he feels to get this far, it becomes apparent just how much work the team has put in. “We had weekly practices dividing topics between ourselves – we read 10 Shakespeare plays each! I took it quite seriously, so I did think we’d do well”.

“The process takes quite a while,” Giles explains. “The team was submitted in December and they record in April – they film everything in a few weeks.” Despite my prying, the team has signed a contract preventing them from revealing any information about the win – so no spoilers, unfortunately.

“We read 10 Shakespeare plays each! I took it quite seriously, so I did think we’d do well”.

The preparation for the show is intensive to say the least. On top of learning 10 Shakespeare plays, the team must ensure they come prepared with a wide range of knowledge. Though the four are comprised of Giles, the “designated scientist”, two humanities students and a computer scientist, the need for every member of the team to immerse themselves in subjects they are unfamiliar with is key to winning.

For Giles, this meant venturing into a more cultural world. “It’s a lot about being aware of what’s going on in the world, so I try to listen to Radio 4, read around a lot, visit art galleries, as well as listening and watching other quiz shows.” With the diverse subjects on the team and the research every individual puts in, it seems that they have a wide range of knowledge. Giles humbly adds, “a wide shallow range of knowledge, but a range nonetheless!”

But why put yourself through such a gruelling process? Giles, a member of Quiz Soc, tells me he enjoys putting his knowledge to good use, having participated in quizzes since secondary school. He says, “University Challenge is the quiz show held in the highest esteem by the public. It’s the only show where just students are allowed on. It’s an honour to get 1-2 million people watching you, and to get to show off my useless knowledge!”

“It’s an honour to get 1-2 million people watching you, and to get to show off my useless knowledge!”

And it’s not the first time he’s been able to do this. Giles tells me he’d appeared on TV before he came to Warwick. “There’s another small game show called Countdown which I was on – that’s where I started my TV career, I suppose!” When I ask if he plans to make further TV appearances after University Challenge it seems to be a possibility. “The Chase is something I’d like to appear on later.”

TV does, of course, come with it’s perks, whether it’s the free food and alcohol available in the hospitality room or being able to get up close and personal with Jeremy Paxman, who, I’m told, is “very casual and relaxed. He doesn’t come across as he is on Newsnight at all.”

Of course, University Challenge doesn’t come without it’s competitive side, and encounters between the teams in the green room can be a little awkward. “They had Jenga and Scrabble, with a big table in the middle to try and encourage teams to interact.” Giles says. “We played against East London, who were mostly adults and just doing the show for the fun of it, so they were nice to chat to, but in the later rounds when all the teams were together, some were quite socially awkward and stayed together, just guarding their secrets. It’s quite serious when you get to the later stages.”

TV does, of course, come with it’s perks, whether it’s the free food and alcohol available in the hospitality room or being able to get up close and personal with Jeremy Paxman

The only bone he has to pick with the series, however, is the fact that a team for every Oxbridge college can be entered, whereas other universities can only enter one team. For Giles, this doesn’t sufficiently represent the 23,000 students at Warwick. Perhaps Warwick could enter a team from every accommodation? Giles laughs, “That would be interesting!”, though I’m not sure a Rootes team will be appearing on the show anytime soon.

All in all, Giles emphasises how positive his experience on the show has been, saying “It’s a good memory to look back on. I got a guest pass at Media City and snuck around all the studios – I might have trespassed and looked at The Voice set…I don’t think I’ll be auditioning any time soon though.”

For now, Team Warwick can only wait until the next round is aired on TV. Despite social media buzzing during the show itself, Giles says he’s yet to become a campus celebrity. “Sometimes when I watched the show I’d be really vain and search my name to see what people have been saying, but on campus not many people recognise me.” But I’m sure this will change when the next round airs. Good luck Team Warwick! 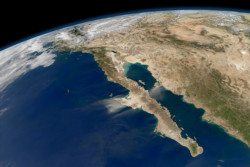 Gallery image with caption: Why are so many young people watching Planet Earth II?

Gallery image with caption: The end of the road: the importance of how TV series end

Gallery image with caption: Why debates are just bad TV