“Lifting others as I climb”: An interview with Akwugo Emejulu

On September 13, to the tune of 271 retweets and 832 favourites, Dr Akwugo Emejulu announced that she would be taking up a position as a Professor at The University of Warwick’s Sociology department. You’d be hard pressed to find news of a job change in academia met with such a palpable buzz. The tweet; emojis and all, sent a ripple through the twittersphere, not just amongst Warwick students but beyond.

When we get the chance to finally speak via Skype following various schedule clashes and cancellations, it becomes clear the enormity of her appointment is not lost on Dr Emejulu, who is coming to the end of her spell at Edinburgh as the Programme Director for the MSc course on Social Justice and Community Action. According to the Runnymeade Trust’s latest findings from last year, there are only 17 black female professors in the United Kingdom. At the mention of her impending arrival in February 2017, she shakes her head in disbelief.

According to the Runnymeade Trust’s latest findings from last year, there are only 17 black female professors in the United Kingdom.

“Ah! I’m still shocked! I find it a little scary and intimidating. I’m very, very sad, actually heartbroken to leave Edinburgh but, I’m excited that people are looking forward to my arrival.” Pausing to switch from enthusiastic to incisive, she continues: “It’s also scary because, you know, there’s something going on here about the lack of representation of women of colour and in particular black women in the top ranks at University. It’s not really about me as such. My going to Warwick is like a drop in the water. Higher Education in Britain is failing black women and black people in general.”

Still fresh off the back of organising a conference in Edinburgh entitled “Black Feminism, Womanism and the Politics of Women of Colour in Europe”, which brought together 120 students, activists, artists and academics from across the continent last month, she’s brimming with ideas on how to even out the race and gender imbalances in higher education.

One of those is mentorship on the part of senior academics like herself. Breaking into a train of thought, she tells me: “What matters is being encouraged and mentorship. If you’re told consistently you don’t really belong here, and you see the different kinds of support that are being offered to you your fellow students, that’s sending you a strongly negative message. My goal is to lift as I climb and that’s really important. To provide encouragement and mentorship.”

“My goal is to lift as I climb and that’s really important. To provide encouragement and mentorship.”

She does concede, however, that in a Higher Education setup where 0.49% of professors are black, role models can be hard to come by. She feels self belief is key. Citing her own example, she tells me: “There won’t always be a mentor or supporter there for you so a lot of this has to come from within. My parents encouraged me that you have to have these internal resources to draw on.” These internal resources Emejulu speaks of have helped her overcome abuse and press on with her academic career.

In the only downbeat moment of our interview, she insists: “Just because I’ve never been dissuaded from my work and being an academic doesn’t mean that I haven’t endured racist and sexist bullying. But I would never let that kind of systematic behaviour deny me my chosen career path, something that I love and that I’m pretty good at and you know, it’s somewhere where I can make a difference.”

Even more apparent than her passion for the study of Political Sociology, however, is her boundless enthusiasm for the sharing of knowledge – which she feels should never be confined to a certain few. She explains this desire to share ideas influenced her decision to join the University. “Warwick really is one of the leading places doing my kind of sociology. There are all these amazing colleagues there doing cutting edge work on issues of race, racialisation, anti-racism, and colonisation. It’s just such an exciting space where people are doing sociology and also pushing sociological practices and ideas into the so-called real world.” Continuing, she tells me earnestly: “this idea that there is an obvious, or authentic split between community and academia, it doesn’t make any sense to me because I’ve never worked in that faith.”

Warwick really is one of the leading places doing my kind of sociology.

At the mention of black activism on campus, she tells me: “I really hope that I can make a positive contribution to all the existing good works and bring a strong focus on intersectionality. I want to bring a very strong focus on doing black feminism in sociology, and I want that to really underpin the teaching I do and the support I give to students.”

In a conversation that crackles with enthusiasm and warmth to the very end, it seems quite clear that Dr Emejulu’s most recent research on the effects of austerity on women of colour in Europe has enough scope to go beyond seminars and lectures. With the likes of WarSoc and LetsTalkBlack beginning to make inroads into the mainstream discussion at Warwick, it seems as if the timing of her arrival at couldn’t have been any better. 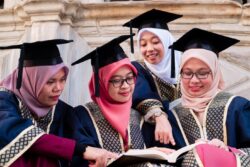 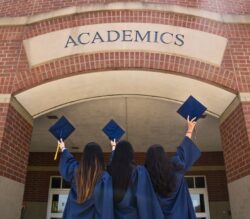