The Advent of Superhero Fatigue

The past couple of years have been pivotal for superhero films with, DC’s cinematic universe launching with Batman v Superman and the passing from an ambitious Phase 2 of Marvel’s Cinematic Universe to a Phase 3 with twice the number of titles. Both of these developments confirm what had already been suspected –superhero movies are going to be around for a long time to come.

Here – I would argue – was where the beginning of Superhero Fatigue set in. Now granted everyone tires of trends at different paces, some people may have gotten tired after Avengers Assemble, some even before then and some will never tire of superhero films. However in the past couple of years it has become clear that the trend that began way back with X-Men and Spiderman isn’t slowing down, instead it is continues to grow and adapt more stories, arcs and characters. This is completely understandable for two reasons.

The source material is diverse enough to remain interesting with heroes and anti-heroes for every angle or issue filmmakers could want to explore.

Firstly, comic book films have a wealth of material to adapt which could provide stories for films to last until the end of the century. Secondly, the box office numbers continue to support superhero films, especially Marvel’s which seemingly find rivals only in Star Wars or Jurassic Park sequels. 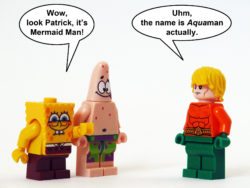 This is an era which won’t be coming to an end anytime soon. On the one hand it’s not a bad trend to have last so long. The source material is diverse enough to remain interesting with heroes and anti-heroes for every angle or issue filmmakers could want to explore. On the other hand though, this is 2016 and audiences are getting tired of seeing the same tropes inherent of the genre. There’s a limit on how many variations of the superhero origin story there can be before it stops being interesting or how many CGI punch-ups can be called a satisfying third act.

While the industry has taken this into account with shows such as Daredevil and Jessica Jones countering the tone of mainstream Marvel releases, inevitably there has to been much of the same such as Iron Man 3 and Ant Man. For every new direction either Marvel, DC or any other company takes there will be more of the same that audiences are familiar with, and this is where the fatigue comes from.

Not every new comic book adaptation can be new and different. Some films are just there to continue the journeys of characters and fill in blanks between the more impressive titles. There is good reason for filmgoer to be tired of comic book films, they seem inescapable and inevitably have a knock-on effect on the film industry, encouraging other franchises to make “universes” for themselves, as has been considered for titles such as Ghostbusters and Transformers. 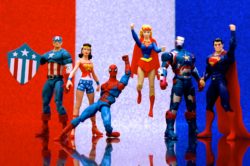 Despite the ceaseless announcements of releases, no matter how many adaptations we have left to wait for – to quote Black Widow from Age of Ultron – nothing lasts forever. One day the trend will end, either there will be no more comics to adapt or audiences will stop going. Until then, it’s up to the individual viewer to take advantage of the diversifying genre.

Whatever your choice of hero, whatever tone of show or film you want, there are options coming out every few months. Having too much means that there has to be some good amongst the repetitive. One way to look at it is that superhero films right now are an all-you-can-eat buffet, take what you fancy, chances are something will taste fresh and appeal to you. But there will come a point when you possibly can’t have anymore. 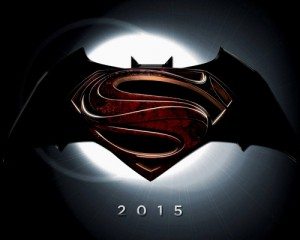 The Art of the Misleading Film Trailer