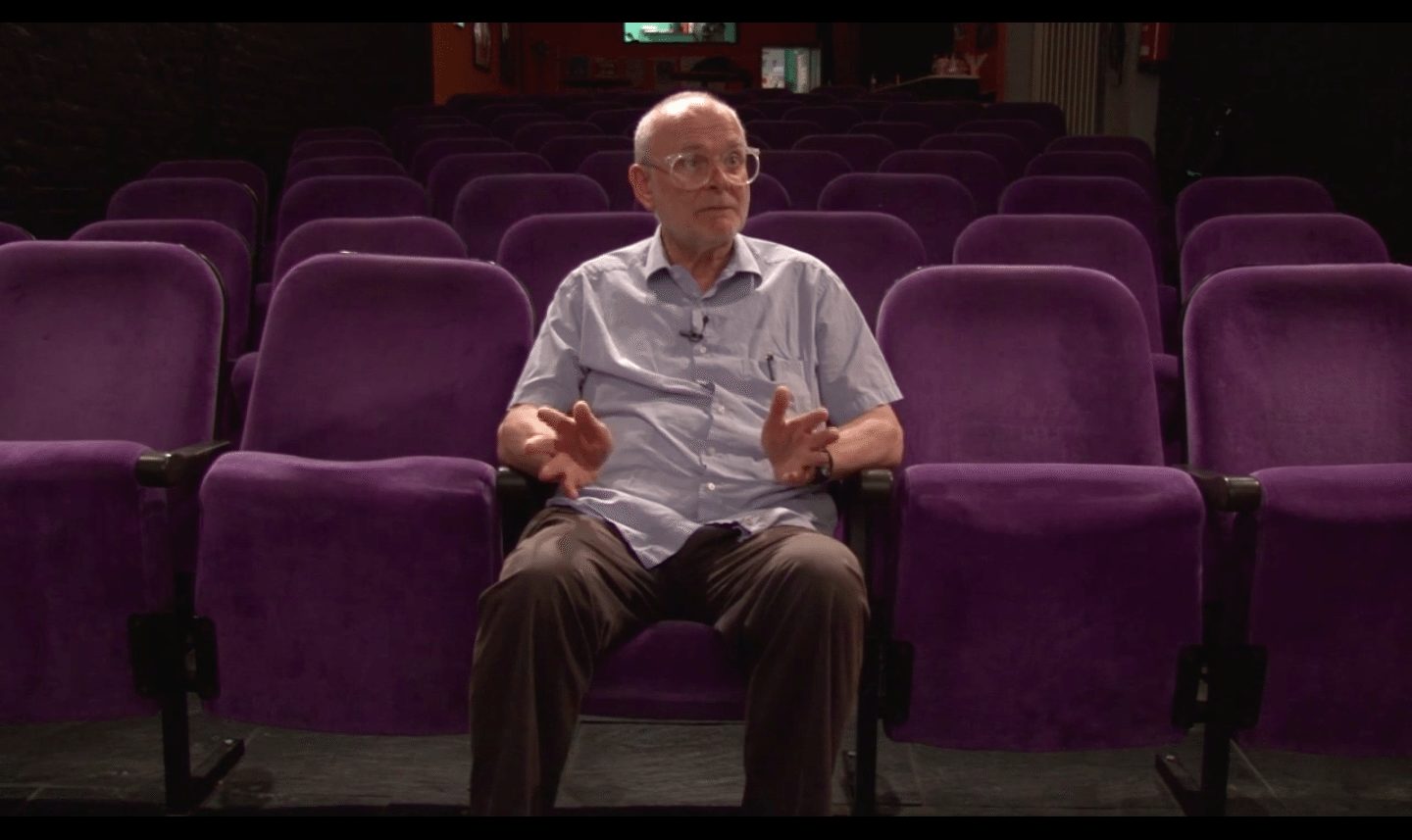 Victor Perkins during his interview for 'Film as Film'. HBKsaar/ Vimeo

To Sir, With Love : Tribute to Prof. Perkins, Co-Founder of Warwick’s Film Dept.

Professor Perkins, co-founder of University of Warwick’s Film Department passed away on 15th July, 2016. Professor Perkins started teaching at the University of Warwick in 1978 and went on to form Warwick’s Film Department which soon topped UK’s league tables for Film Studies. He is known, both nationally and internationally, for being a pioneer in Film Studies with his book ‘Film as film’ being used as a core text all over the world.

Known for his incredible passion for teaching and textual analysis, the film students at Warwick pay tribute to this inspiring man by reviewing a few of his favourite films of all times.

I saw To be Or Not to Be as part of my Film Studies course at Warwick as an example of a “classic comedy”, as our lecturer put it, and out of the 40+ films we’ve seen on the course, this is the one I’ve come back to the most 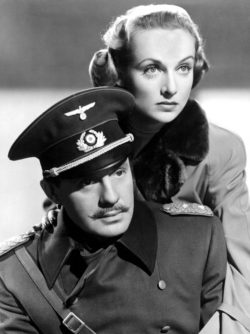 and it holds a special place in my heart.

There are essentially two reasons for this, first it’s a great comedy. Set during the opening stages of World War II, To Be follows a troupe of Polish actors who with the help of a British pilot, must thwart the machinations of the Gestapo.

The film opens with a scene where Adolf Hitler seemingly appears in Warsaw to a shocked public (and equally shocked narrator). From then onward the audience is invited into the eccentric vision and wit of director Ernst Lubitsch which includes a backstabbing couple, Polish actors impersonating Gestapo and Nazis who will do anything (including leaping out of airborne plane) to please their Great leader. From beginning to end it’s a riot of perfectly timed and executed gags delivered by a stellar cast led by Carole Lumbard and Jack Benny.

A showcase of how to take a serious subject and … through sincerity, fleshed out characters, wit and heart make it a memorable and endearing achievement

The second reason is simply the brilliance with which it balances its tone against the content it is portraying. Released in 1942, To Be is a film which could only have been made in the narrow time frame it was produced. Before then it was dangerous for a director’s career to make a film parodying the Nazis and afterwards the full extent of Nazi crimes was unveiled making the idea of a film parodying them tasteless. With that in mind, the film occupies a brief but vital moment in history when Lubitsch was able to portray something extremely serious such as the devastation of Warsaw (an aspect of history which once it actually happens is devoid of jokes for a good 15 minutes) but also lift the grimness with an intelligent comedy that poked fun at the Nazis. The film is a showcase of how to take a serious subject and yet find the humour in it, through sincerity, fleshed out characters, wit and heart that makes it a memorable and endearing achievement in the history of cinema.

In Anatomy of a Murder, Jimmy Stewart stars as Paul Biegler, a lawyer who takes the case of army Lieutenant Manion (Ben Gazzara) who murdered a local innkeeper after his wife (Lee Remick) claims he raped her. Biegler pushes for an insanity verdict, and battles the District Attorney and an out-of-town prosecutor to try and set his client free.

This is a tense and very well-paced film, which is no mean feat considering that most of it takes place in a courtroom (it’s two and a half hours long, and they fly by). This is in part to the extremely competent direction, which creates situations riddled with uncertainty that help shift the moral sands. Was Mrs Manion raped, or was it a lie? Did Lt. Manion believe his wife and kill out of revenge, or was his motive simple jealousy? We never find out, and the trial is morally complex for that very reason.

Anatomy of a Murder is a fine example of a trial film (and is still studied by American law students to this day), and was massively controversial on its release – it was one of the first films to deal explicitly with sex and rape, and it used then-unheard words like ‘panties’ and ‘spermatogenesis.’ It boasts an arguably career-best performance from the always fantastic Stewart, here using his homespun charm to conceal a keen legal brain, and the film debut of George C. Scott as his courtroom rival.

Truly, Anatomy of a Murder is a masterpiece of a film, and I can see why Professor Perkins ranked it so highly.

My first introduction to the phenomenal icon Katharine Hepburn came in the way of ‘Bringing Up Baby’, a 1930s film left me in splits, laughing. Personally not a huge fan of comedy from the early 1900s, Bringing Up Baby is a film that will always remain an exception.

The film follows the lives of mellow mannered palaeontologist, David Huxley (Cary Grant), and free spirited (and slightly crazy) Susan Vance (Katharine Hepburn) on their mad scramble to please the wealthy Elizabeth Random which included hunting a Brazilian tiger and protecting her pet dog from getting mauled by the very same tiger. Along the way Susan falls for soon-to-be-married David, and proceeds to keep captive in her house under various pretences. With a plot line as ridiculous as this, it is easy to make a mess, however, director Howard Hawkes pulls off a marvellously entertaining spectacle.

[Katharine Hepburn’s] character aptly embodied the essence of what it was to be a “modern woman” in the 1930s; assertive, independent, fearless, and capable of shutting up a man.

The entirety of the success of the film hinges particularly on the effortless performances by Grant and Hepburn. Grant’s efforts to keep up with the antics put up by Hepburn and his exasperation at the young woman is perfectly in balance to Hepburn’s free spirited attitude towards life. Hepburn’s character was particularly of interest as her character aptly embodied the essence of what it was to be a “modern woman” in the 1930s; assertive, independent, fearless, and capable of shutting up a man. The strong supporting cast strengthens of these performances as each and everyone one of them have a rib tickling element to add to the film.

What surprised me most about the film was the numerous influences it has had on contemporary comedy films. The more direct influence in the scene with the tiger in the bathroom in The Hangover (2009) and the more subtle references to the mellow palaeontologist falling for the vivacious young woman in modern TV shows like Friends clearly takes root from this wonderful film.

All in all, I can clearly see why this film made it into Professor Perkins’ list of favourite films, both as a film critic and as someone who loves a good laugh.

With Alfred Hitchcock the audience is guaranteed many things. Iconic scenes that have come to define cinema. Some of the most suspenseful moments in film. A sense of adventure as characters dive into the unknown through the unlikeliest of means, be it through a window, a motel or on a cornfield with a plane that is too close for comfort.

An example of what Hitchcock was capable at the height of his powers, if you haven’t seen it yet, you owe yourself the watch.

Hitchcock’s North by North West is one of the director’s finest, an adventure taking its audience on a ride from Manhattan to Mount Rushmore as Roger Thornhill (played by Cary Grant in one of his finest performances) is mistaken for a government agent and a murderer by foreign spies and must flee. Granted this isn’t the only kind of film of this type Hitchcock has done, his adaptation of The Thirty Nine Steps holds up just as well.

However, there’s something so bold and relentless that makes this one so special, it’s entertaining, adventurous, suspenseful and features a strong cast with Eva Marie Saint as Thornhill’s female companion and James Mason as villain Philip Vandamm. An example of what Hitchcock was capable at the height of his powers, if you haven’t seen it yet, you owe yourself the watch.

To see full list of Prof. Perkins’ ‘Top 10 greatest films of all times’ go to Sight and Sound Poll 2012