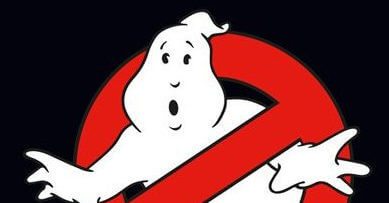 Reality check: The science behind Ghostbusters

The remake of Ghostbusters – a film full of nostalgia and loved by all – has invited its fair share of criticism, attacking its cast, lazy humour and sheer pointlessness, but it certainly can’t fall down on its scientific credentials. Director Paul Feig is a self-confessed tech-nut, and he was eager to ensure that the film’s science was as accurate as he could. With that in mind, he employed an expert to help design the film’s proton packs, and that leads to an interesting question – just how do they bust ghosts?

In the original film, the proton packs and traps used by the team were invented by Egon Spengler (Harold Ramis) as a means for dealing with the ghosts they encountered. Ghosts are made up of psychokinetic energy (which is comprised of three parts: electrons, neutrons and a substance called ectoplasm). Both the electron and ectoplasm have negative charge, thus making the ghost negatively charged. The proton pack, then, emits a particle stream consisting of protons and raw nuclear energy – the electric charges attract, trapping the ghost in the stream (it functions as a kind of lasso for ghosts). The traps work in a similar manner – inside, there is a positively charged laser grid that keeps the ghost trapped. The ectozone uses exactly the same principle – it’s just bigger, and it has more lasers.

In order to update the film’s equipment, Feig asked Dr James Maxwell, a particle physicist at MIT, to devise a more modern proton pack that was as rooted in reality as possible. The proton pack in the original incorporated a cyclotron, which used two electrodes. The particle starts in the middle and spirals outwards, gaining speed as it does so. Maxwell chose to update this by using a synchrotron, which can vary the magnetic field into a ring instead of a spiral – it is a circular particle accelerator, rather like the Large Hadron Collider.

The ectozone uses exactly the same principle – it’s just bigger, and it has more lasers.

However, using a synchrotron implies that it must be superconducting, as you would need incredibly high magnetic fields in a very compact form. A superconducting magnet needs to be cooled to cryogenic temperatures during operation, and so this would require some form of coolant, which would likely be liquid helium. The pack would also need a cyro-cooler to help actively cool the magnet too.

The impressive part is that none of this technology is science-fiction. Particle accelerators and superconducting magnets are real (as indeed is the use of proton beams for dealing with unwanted issues, although the real world focuses more on diseased tissue than ghosts). The only particular leap of faith is fitting the technology in the space required, ensuring that the proton packs are compact enough to wear, and not too heavy to be impractical.

I applaud Feig’s insistence on trying to follow science as accurately as he can, but I can’t help but wonder why Dr Maxwell hasn’t tackled the most important question of them all – what happens if you cross the streams?