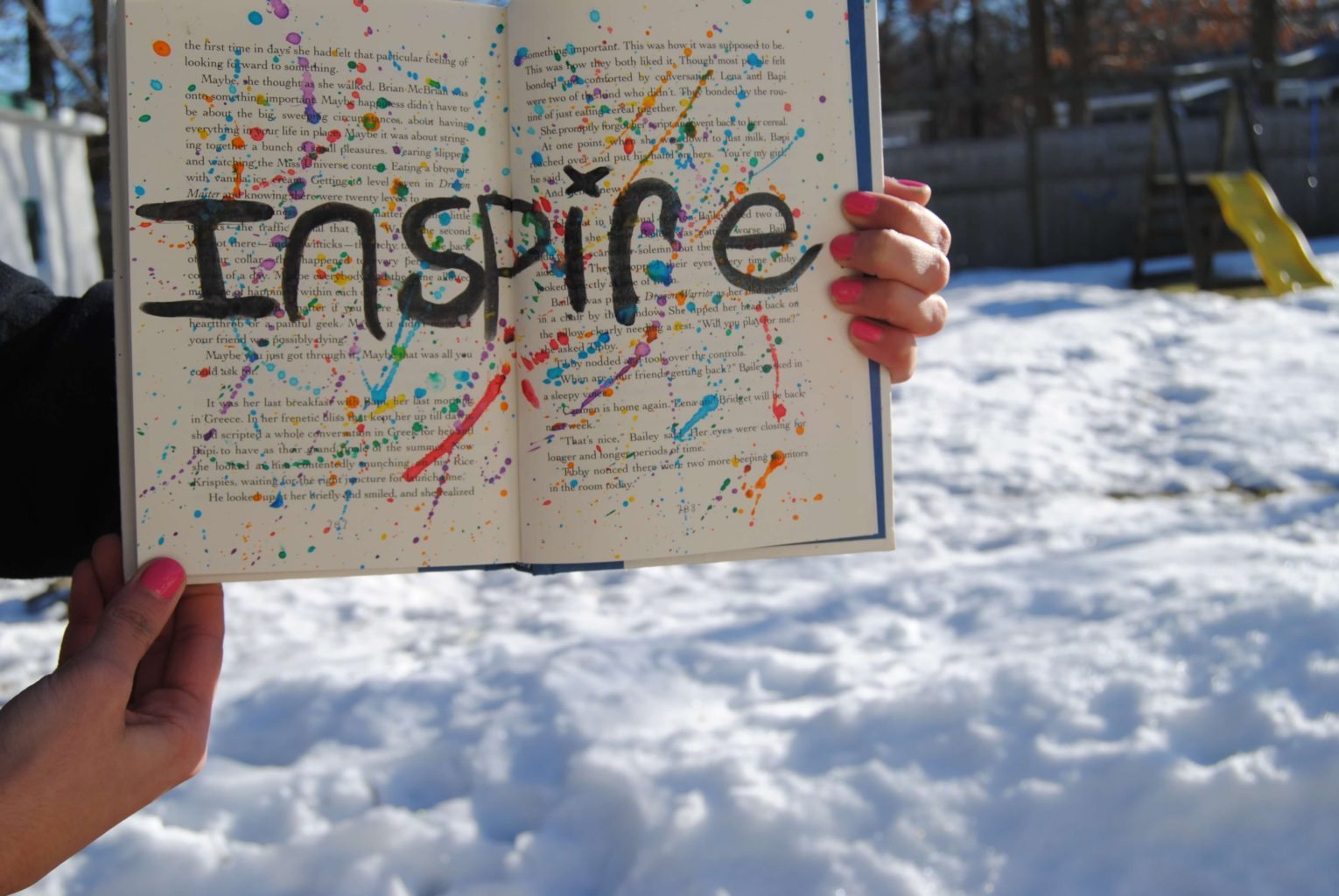 The books that changed our lives

We all have that one book which changed the way we look at our lives forever. Six Boar Books writers share theirs…

I remember reading once that Roald Dahl wanted to make his readers laugh — “actual loud belly laughs.” Fittingly, Dahl’s Matilda is one of the first books that I remember laughing out loud to as a child, imagining Matilda and her family creeping into the living room to investigate the ‘ghost’ in the fireplace, or Mr. Wormwood with pieces of his hat glued to his forehead. Matilda not only made me fall in love with reading, but also made me want to become a writer. It is the reason I am on the career path that I am today.

Matilda not only made me fall in love with reading, but also made me want to become a writer. It is the reason I am on the career path that I am today 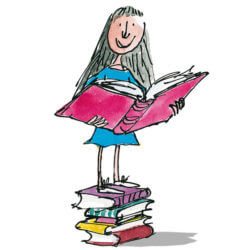 In retrospect, I’m not sure if I’m that keen on the supernatural twist. Some elements of the story also seem much less age-appropriate, and some characters much flatter than they did years ago. Yet I have read, re-read and loved this book since childhood. I treasure it for its humour, simplicity and creativity.

The Shining by Stephen King was my first horror novel. I read it entirely at lunchtimes in full light and carted it around with me ever

ywhere. It was awesome. Me, wimpy old Jess, could read this book and not be scared (much). I was amazing. I was Queen of the World.

The Shining changed my life in several ways. Firstly, it opened up an avenue of interest that I still hold dear – horror and gothic. Films, fiction, games – I couldn’t get enough. I was fascinated by these transgressive modes that people either loved or hated. I wanted to understand. I wanted to read more. Secondly, it made me want to write. This is something I haven’t achieved, and it’s a secret I keep close to my heart (you heard it here first!), but if I were ever to write fiction, I’d want to write like Stephen King.

For me, all of the books that have changed my life haven’t given me a radical new understanding of something, but they have been catalysts for personal milestones

Ever since then, I have kept a tradition to read one Stephen King book a year. I don’t know why I do it, perhaps to keep alive that sense of achievement I had of finally finishing one when I was 14. I think the important thing about life-changing books is that often it’s not about the content being ‘deep’ or significant. For me, all of the books that have changed my life haven’t given me a radical new understanding of something, but they have been catalysts for personal milestones. They have helped me learn more about myself, or achieve something I didn’t think I could. The Shining showed me that I didn’t have to be who I always had been, and that’s why it changed my life.

I’ve always liked dystopian novels, but before encountering The Handmaid’s Tale by Margaret Atwood I’d never found one so specifically terrifying to me. Without giving too much away, it tells the story of Offred, who is a handmaid – essentially a concubine kept for reproductive purposes due to widespread sterility – living a theocratic military dictatorship in the former US.

Reading this novel helped me become a more socially-conscious person. It encouraged me to read up on feminist theory – stuff about gender, sexuality and race 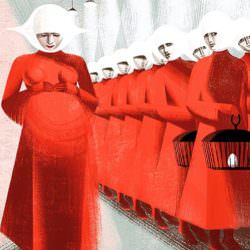 Reading it for my AS Level English class, it struck me how everything Atwood includes in this speculative fiction has already been done on some level by humans in some place or time. The setting also appeared to me to be an extrapolation of our current position, and this really opened my eyes to issues that we face today. Reading this novel helped me become a more socially-conscious person. It encouraged me to read up on feminist theory – stuff about gender, sexuality and race; to care more about the environment; and even to think more about history and who the records forget, thanks to Atwood’s clever epilogue. I enjoyed learning and writing about it so much that it also helped me conclusively decide to study English Literature, and by extension, study here, so I really have a lot to thank this novel for. 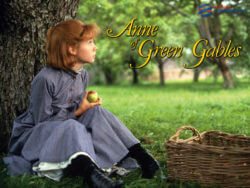 an I could have anticipated. She was one of my first introductions to the strong and complex female character. I was delighted to learn that she was clumsy and lacked social graces; she was reckless, competitive and often ridiculous in her pursuits.  But she was also highly intelligent and imaginative as well as infinitely good natured and optimistic.

I learnt so much from her successes – like the value of hard work and friendship – as well as from her abundance of mistakes: accepting that pride is never worth climbing onto a roof for, and that checking the labels on bottles to prevent intoxicating an underage friend is of the utmost importance.

Her attitude to life, while sometimes questionably melodramatic, like her frequent claims that she was in the “depths of despair”, often held poignant truths and valuable life mottos. My favourite is “I don’t know what lies around the bend, but I’m going to believe that the best does.”  In true Anne fashion, she captured my attention and my affection wholly and never really let them go.

I’d have to say Borderlands by Gloria Anzaldua changed my life. The novel is an amalgamation of

prose and poetry in a variety of different languages; it addresses multicultural issues impacting figures from ethnic minorities. Anzaldua presents a collection of work in one novel which addresses issues that relate to me personally as a multicultural and multilingual individual. She highlights the issue of isolation from both her motherland and the land she now calls home.

It was life-changing for me because it made me realise the gravity of the issues that my ancestors dealt with compared to the challenges I face today. I can also engage with the status Anzaldua presents of being unable to be fully immersed in either culture. She essentially creates a space for those who belong to multiple cultures, and explores how to accept your existence in this space. This is a life-changing book for me because not only does it come with a sense of freedom but it also gives us a place, an actual place, to belong.

The Color Purple was not a book I picked out for myself. Alice Walker’s third novel was part of my A Level syllabus, but as I read it, I 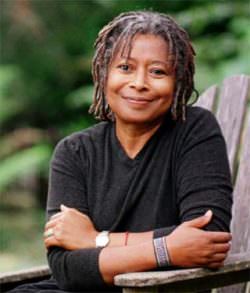 forgot I was supposed to be studying it, getting completely lost in the story. While the novel is over thirty years old, its themes remain timeless and will never cease to teach you something about love, selflessness and prejudice. It tells the story of love between women: how they join together to survive against the men who abuse them.

Celie is frequently raped by her stepfather, and has two children by him, before being married off to Albert, who continues this cycle of abuse. Shug Avery, Albert’s mistress, ends up forming a tight bond with Celie and this, combined with inspiration from her sister Nettie, gives Celie the strength to finally leave Albert and begin a life for herself in Memphis. In the end, the strength of these women teach the men to take on new roles in the household and in their relationships.

The Color Purple taught me that there is never really a wrong decision: university and future life will be what I decide to make it, and I have complete control over that

I read this novel around the time that I was deciding where to go to university and what I wanted to study. It was the first time I had ever had to make real choices about my future. The Color Purple taught me that there is never really a wrong decision: university and future life will be what I decide to make it, and I have complete control over that. While I was sad about leaving my friends and the town I grew up in, Walker’s novel helped me to realise that someone won’t stop caring about you just because you don’t see them every day, just like Nettie and Celie.

This quote in particular stood out for me: “I have a right to be this way…I can’t apologise for that, nor can I change it, nor do I want to…We will never have to be other than who we are in order to be successful…We realise that we are as ourselves unlimited and our experiences valid. It is for the rest of the world to recognise this, if they choose.”