I faced sexual violence on campus

I was raped on campus. Those three words have been my entire life, my fundamental existence, for 12 whole months. One year ago I went back to his room in halls. I was drunk and tired.

He wanted to have sex. I said no. I tried to fight. But I was so physically and emotionally tired that I just couldn’t push him off anymore. I kept saying no but he wasn’t listening. It happened anyway.

I laughed as I got dressed; I’m not sure why. He walked me to the door and hugged me. As soon as I got out of the door, I rushed home and tried to sleep. I woke up crying and I’ve never really stopped.

I kept saying no but he wasn’t listening

I have never experienced anything more painful or more personal than this. Writing it down gives me the catharsis which I have needed for every one of those 12 months. I’m not the only victim and I wish I’d known that sooner. If I can help or show one other person that they are not alone, the pain I’ve felt and tears I’ve shed having written this are worth it.

Writing it down gives me the catharsis I’ve needed

When I told people, the initial response was concern for me shortly followed by concern for others. I was told by numerous people that I was obligated to report it. Less to save myself but more so to save others.

It wasn’t about me anymore, it went back to prevention. It became my duty to save other girls from this monster that people were cultivating. I was not allowed to be weak, not allowed to grieve. I felt like I was indirectly raping other women.

I felt like I was indirectly raping other women.

I recall being scared of going to get my prescription for emergency contraception. I felt like the pharmacist would just assume I was a slut because I needed that pill.

I was terrified. There was a potential that it wouldn’t just be my life anymore. I didn’t deserve to have to go through with an abortion nor did I want to. However I couldn’t have not had an abortion, had it come down to it.

Following this, I became severely depressed and self-harmed on a daily basis. I still hesitate going to clubs or bars, or even walking around campus because I fear seeing him. I love being at Warwick but simultaneously I’m terrified.

Now, looking back, the worst part for me is knowing that he was under no impression he did anything wrong. He sent me a message the next day as if nothing had happened. He patronised me, brushed it off and acted like he had done nothing wrong. I had no idea what to think because I no longer knew whether I had the right to say he’d done something wrong.

I love being at Warwick but simultaneously I’m terrified

Every time I saw him after what happened though, he never acted as if he was innocent. I remember catching his eye, seeing him for the first time afterwards, and watching as he quickly walked away. I am never separate from the fear of seeing him. I run into him so often that every single day poses the threat that he’ll just appear.

I learnt early on that the University is weak in situations like this. No one knew what to say to me when I tried to get help because there is no procedure. When seeking advice from the university, I was outright told it was scarcely worth reporting officially because there was no “evidence”. I felt like the guilty party.

I am never separate from the fear of seeing him

There was no physical proof because I destroyed it by the time prosecution even came to mind as an option. I had showered and bathed repeatedly. I wanted to wash him off of me, but along with him I washed off any evidence.

I went to Student Support Services, and my personal tutor in my department found out. The system prevents them from doing anything. I don’t blame any individuals of specific wrongdoing. They were equally let down by an ill-informed system and a lack of genuine procedure.

I wanted to wash him off of me, but along with him I washed off any evidence

All they could do was ban him from a couple of places on campus. It seemed like student safety, that my safety, wasn’t a priority. It seemed an unfit punishment for completely and utterly shattering me as a person.

There is just a system of passing people on from department to organisation and back again. As much as my friends and family tried to support me, there wasn’t much they could do. I was alone. Or at least it felt that way.

This whole experience taught me a lot though. I am, most upsettingly, not the only one. I have met a good handful of people who have had the same experience as me.

When we are first taught about sex and from the moment we know the fundamental biology of sex, we should be told about consent. There is a reluctance to talk about rape. We don’t get given a car and then only get taught to drive it after we have an accident. Why is sex different?

We know the fundamental biology of sex, we should be told about consent

There is so much being said in the sphere of preventing rape. However it does happen. There is a sad inevitability to that fact. In my experience at least, no one is prepared for what comes afterwards. Both the physical and the psychological damage done is foreign ground and is never touched.

How many times does rape on campus, or simply rape in general, have to happen before appropriate systems are put in place? Yes, we can dress it all up with the I Heart Consent banners and the awareness campaigns. None of these efforts change the fact that people have already suffered at the hands of ineffective education, support and punitive systems.

When are we going to start supporting those who have already had to face this trauma?

When are we going to start supporting those who have already had to face this trauma? I’ve been in limbo for a whole year and nothing has changed. Ground has been made, but there is still so far to go.

So much can be done to make sure this series of events doesn’t continue to repeat. I won’t let what happened to me be in vain. It’s been a year and I’ve grieved for long enough. I was raped. And I can finally accept that that does not make me a bad person.

Election Coverage – why should I care? 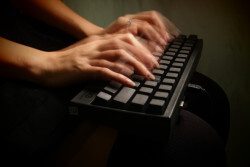 Editorial; This conversation is important