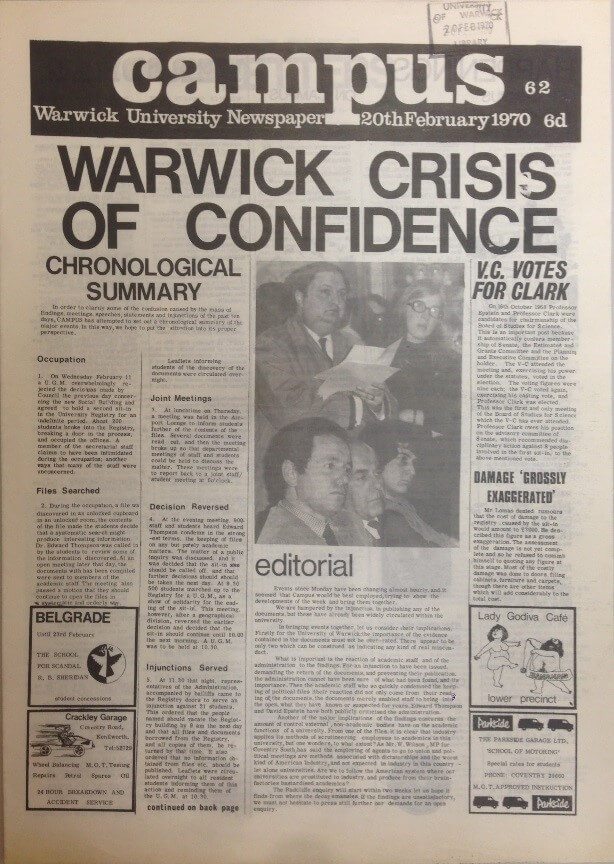 This month marks the 46th anniversary of the start of the most tumultuous event in Warwick’s history. Hitting all the national newspapers, it nearly toppled the first Vice Chancellor, Jack Butterworth, and took the management a decade to recover.

This event was the ‘Files Affair’. After a 24-hour sit-in at the University’s central administrative building on February 3, 1970, the organising committee of the occupation were disciplined by the management. In response, a week later the students returned to the Registry – this time for an unspecified length of time. During the course of this second occupation, students stumbled upon documents detailing surveillance of politically active students. A web of connections between senior management, West Midlands industrialists and local politicians was subsequently uncovered, and the paranoid mind of the ruling class was briefly exposed.

Businessmen on Warwick’s Council, the supreme decision-making body of the University,  had sent informants to student union meetings addressed by Warwick lecturers. Reports from these meetings were forwarded to the Vice Chancellor. The documents also revealed an application to the University was rejected after the student’s political activism was brought to the attention of Butterworth. And a left-leaning American academic at the University was accused of subjecting students to “undesirable indoctrination”.

Outrage exploded across Warwick’s student and academic communities. Sit-ins followed in Manchester, Oxford and elsewhere, and government ministers in Whitehall weighed in. It was one of the primary – but much overlooked – student upheavals of the ‘long sixties’ in Britain, and contributed to the lengthy and ongoing fight for transparency and access to information in the UK. 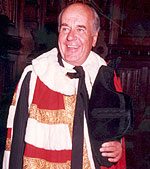 Flick through the documents and releases from the University’s recent 50th anniversary celebrations, however, and one could be forgiven for ignorance of the event’s very existence. Whilst fragments manifest themselves in the Institute of Advance Study’s ‘Voices of the University’ project, a vast nothingness officially engulfs the events. The quote at the top of the article is a typical example of the celebrations’ amnesiac character. Gone is the occupation of the Arts Centre the week before its opening in 1974; gone is the seven year struggle for control of the Union building (Butterworth had previously declared that “there will never be a Union building in my lifetime”). For the official histories, it’s as if none of this happened. Michael Shattock, one of the longest-running members of senior management (1969-1999) has written a 138-page study for the anniversary which covers Warwick’s history and interaction with the surrounding region. The 1970 uprising gets two mentions, neither longer than a sentence apiece.

The reason for this isn’t a lack of official memory – Shattock, for example, knows the events as well as anyone. The selectivity is performed for reasons of power. 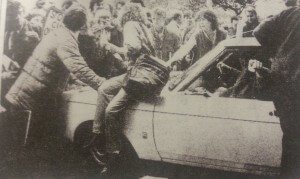 Warwick Students mug the car of Keith Joseph, then Tory Education Secretary, in 1983

Clearly, there is a need for a counter-history from below. Transient, and lacking institutional memory, Warwick’s
student body has little grasp on the struggles that were waged here in decades past. The average students passes through Warwick without knowing the historical context which caused the campus of contradictions we inhabit: business behemoths next to trade union archives, corporate enclaves alongside radical research, vanity projects alongside grassroots campaigns.

The era of ‘Red Warwick’ ran from roughly 1969-84, but its spirit continues today. From the 1975 rent strike, to long-running anti-apartheid activism, to the 1983 Fight The Fine campaign and the more recent Weapons Out of Warwick anti-militarist and Fossil Free groups, Warwick has often been at the heart of student struggle – reaching the national stage on occasion too. The events of Dec. 3, 2014 weren’t a flash in the pan, but represented long-running trends, both on the side of student activists and management. The institution branded ‘Warwick University Ltd.’ by the famous historian E.P. Thompson in 1970 has often engendered a strong counter-current among the student populace, and these competing elements of the University of Warwick – corporate management and grassroots activists – have co-existed uneasily, often moments away from confrontation.

The era of ‘Red Warwick’ ran from roughly 1969-84, but its spirit continues today.