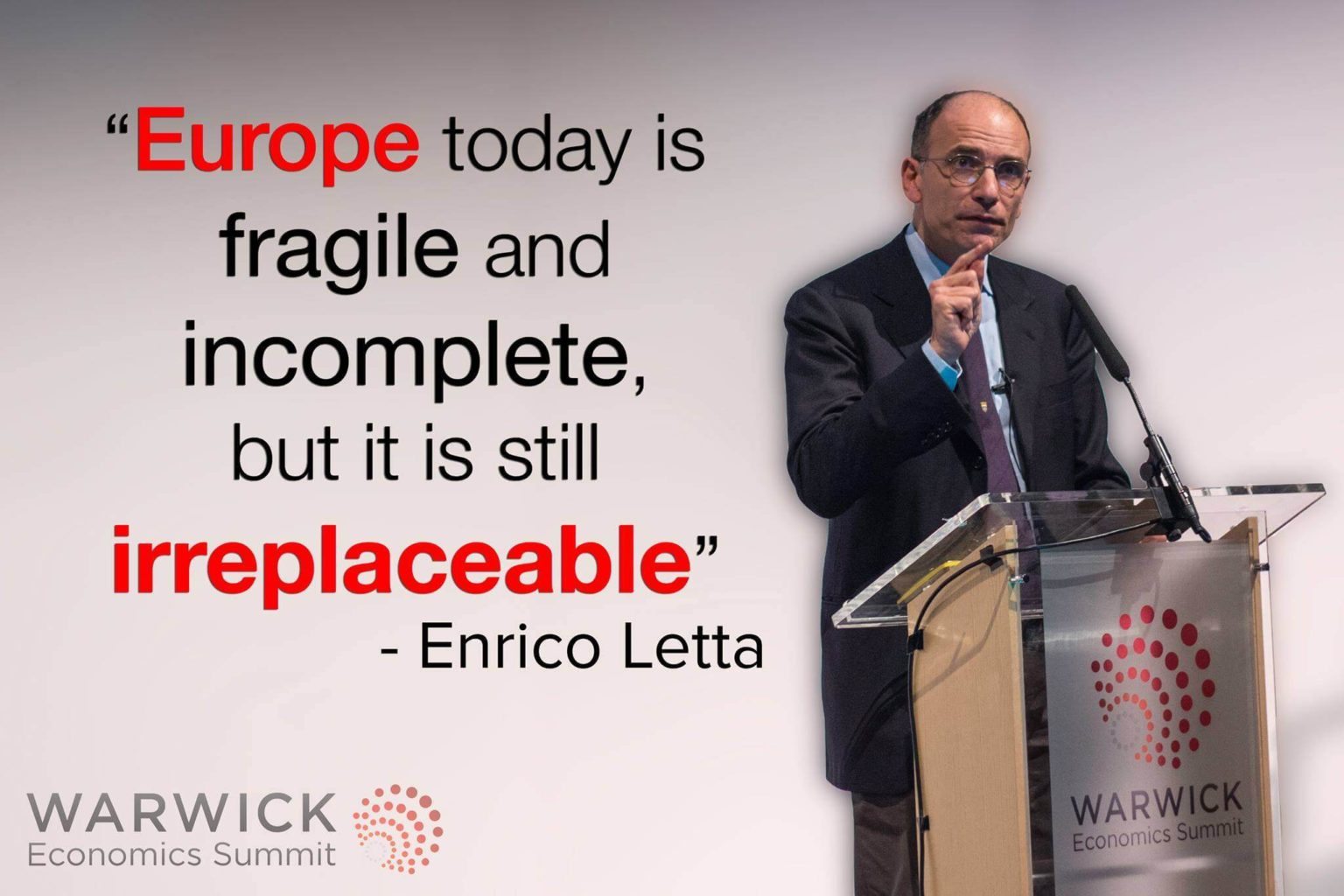 Dr Enrico Letta, former Italian Prime Minister, renowned scholar in European Economics, and Dean at the Paris School of International Affairs offered his audience at the WES on Friday evening directions on ‘how to save the Euro’, as well as indicating how a “Brexit is a lose-lose situation”.

When the Euro-tide is low, a good compass is needed to navigate the dangerous waters.

Dr. Letta provided an analytical ‘compass’ defined by four cardinal points. This was no ordinary compass- in the place of North, East, South and West, were what Letta had chosen as the Euro’s 4 major areas of vulnerability.

Dr. Letta’s deconstruction of the European Union began with a perspective view of the first cardinal point: a fragmented Europe.
He points to the division between the North and South in terms of economic disparity.
The economic diversity of member countries unquestionably makes the EU’s task of providing a common path for the Union to be a doubly difficult one.
Secondly, Letta describes the recent separation between the East’s and West’s responses over the Ukraine-Russia conflict, and the Refugee crisis.
Letta insisted, “If we have such a fragmented situation we need to have a strong center”.
Unfortunately, he underlines that the political center of the European Union is also weak.

‘Responsibility and Scapegoating’ was the topic denoted by the second cardinal point. The networks of the European Union create a complex circle of accountability, which is not so transparent.
Dr. Letta recognized that there is a major difficulty in attributing specific responsibility to the 3 main levels of authorities: local, national and international- the consequence being the easy targeting of the EU as a scapegoat.
Consistent with his views pro-electoral reform in the European Union, he opinionated that it needs a “voice” and a “face”, for example a finance minister for the EU.

Brexit is a lose-lose situation for Britain and Europe

Dr. Letta then went on to discuss what he described was a “broken and incomplete” monetary union in the EU – the third cardinal point.
There is an array of tools at the hands of the ECB, but, as Letta put it, there is a “small e” in European Monetary Union and without better economic union the EU could face worsening problems, particularly in the recent months of the global economic turmoil.
The European Fiscal Compact is ineffective and cannot meet the needs of the EU, with Letta hinting on the idea of a Fiscal Union for the EU.

I am not Harry Potter, I have no magic wand, just words

The fourth and final cardinal point regarded the complexity of the migrant crisis and its “pivotal role” in the future success of Europe.
The migrant crisis attacks what is at the very heart of the EU: freedom of movement.
His analysis of the crisis culminated in him describing the need for a European police force to reinforce its external borders, while moving to decompose the internal boundaries.
Letta said that it was “ineffective” for each member state to retain power in dealing with refugees individually, but failed to answer a question after the talk about whether the EU should decide on the distribution of refugee numbers among member states.
However, he went on to illustrate how an influx of migrants could in fact solve the problem of an aging population.

Dr. Letta stressed that his career move out of politics was motivated by a belief in the capabilities of the EU’s youth to give renewed meaning to the euro. He is confident that tackling issues such as youth unemployment and completing single markets will be key to its regeneration.

How does Economic Populism Work? Warwick’s Dr. Herrera at WES2018

Tawakkol Karman at WES2018: The struggle for democracy and freedom

The class of Covid-19: navigating the job market in an economic downturn