[dropcap]I[/dropcap]t is cruelly ironic that Maryam Namazie’s talk about the restriction of free expression in Muslim countries was framed within the context of her own censorship in this country; in particular, our own university. It is no surprise, then, that she began her talk by stating: “The days when unconditional free expression were championed by universities as a cornerstone of all rights is long gone.”

Such a statement in a vacuum might be deemed hyperbolic, had it not been expressed only days after a petition was created to ban writer Germaine Greer from speaking at Cardiff University due to her ‘trans-exclusionary’ views. As in the case of Namazie’s initial ban due to her supposedly ‘inflammatory’ and ‘hate-inciting’ opinions about Islamism, the question of the limitations of free speech has become, in itself, an inflammatory issue.

The underlying narrative is one of – as Namazie called it – the “culture of offense”, whereby censorship and silence in the name of protecting the offended has now become the moral maxim for what counts as ‘good’ and ‘progressive’. While she went on to discuss this in relation to blasphemy and Islamophobia, it nonetheless registers as an equally poignant note regarding freedom of expression on campus.

The more such an expression is curtailed under the banner of “you must be nice, please!” the more we end up with completely anti-liberal Orwellian ‘doublethink’ culture.

Universities are historically known to be bastions of free speech, and shared spaces for exchanging different ideals. But what little remains has been sequestered under a regime of cultural hypersensitivity. Damning ‘inflammatory’ speech in case it offends any particular race, gender, sexuality or religion is an appropriation of what liberal thought actually is. In fact, the more such an expression is curtailed under the banner of “you must be nice, please!” the more we end up with completely anti-liberal Orwellian ‘doublethink’ culture.

“I personally believe we should allow anyone to speak, [even one] who is even inciting hatred,” Namazie stated. She then made the vital distinction missed by those who denounce the likes of herself and Greer, saying that a person should be barred not from inciting hatred, but inciting violence.

“If someone denies the Holocaust, then let them,” Namazie rightfully asserted. Rather than accept the code of censorship, she argued all a person or group needs to do is simply challenge and address the issue with a “better” or more factually corroborated opinion. In order to reclaim their mantle as hosts of dynamic exchanges of free thought, universities must encourage speech, not silence, as the mode of liberal progression. 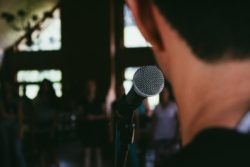 No-platforming: a restriction on free speech or a necessary precaution? 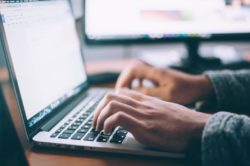