Tete a tete: Should certain books be banned?

[dropcap]B[/dropcap]anning certain books remains, as ever, a controversial topic.  Involving balancing free speech with safety, it is a debate that refuses to die down and divides opinion sharply. Two of our Books writers go head to head and discuss their opinions. 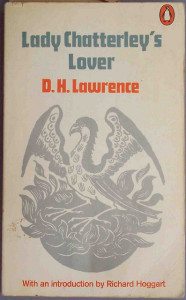 “It is hard to argue some books are sensible (or even safe) to publish.”

Books have been banned for hundreds of years in a wide variety of countries for many different reasons. An often-cited reason is obscenity, as with the famously-forbidden Lady Chatterley’s Lover, because many governments object to books that go against a certain way of thinking.

Writing that criticises politics and religion has also often been banned, with Salman Rushdie’s The Satanic Verses being made illegal in a lot of the Muslim world and a fatwa for his assassination being issued.

Yet many people think of book banning as a government-driven thing, but it can happen at any level. Schools prohibit books that they feel are inappropriate for a young audience, especially if a parent complains about it – this is clearly a sensible thing to do, as children shouldn’t be reading explicitly adult material when they are too young to deal with it.

A similar rule is applied at libraries, where adult books are fenced off (if not banned completely), with controversial books also generally being given the chop.

Even if you are completely for free speech, it is hard to argue some books are sensible (or even safe) to publish. Examples include the Australian-banned How to make disposable silencers and the French-banned Suicide mode d’emploi, instructional manuals respectively detailing the construction of weapons and methods for committing suicide. I doubt I need to explain the reasons for doing so, nor convince you it is the best course of action.

Rarely a day goes by when a video game or a TV show is criticised for gory content or excess sex, and yet books are completely glossed over. Game of Thrones on TV is slated for violence against women, but the books get off scot-free, which is hardly fair. I don’t want a blanket ban on books, but clearly banning some is not a terrible course of action.

“Free access to all books will give us the chance to decide what our own opinions are.”

The main point of banning books is to restrict certain ideas from reaching an audience. However, contradictory reactions to popular books prove that banning, or attempts at doing so, are disorganised.

For instance, according to Banned Book Awareness, the Harry 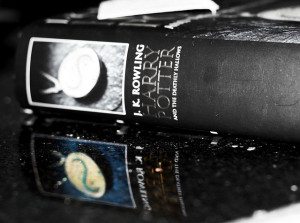 Potter series has been challenged in parts of the U.S, Canada, New Mexico and Australia for promoting witchcraft and violence. Yet, it has also received over a hundred awards and remains well-loved amongst other readers.

Harry Potter is just one example of many: take a glance at your bookshelf and you might be surprised at the number of titles that have been banned or challenged, from John Green’s Looking for Alaska to Chaucer’s The Canterbury Tales.

Clearly, attitudes to books are not permanent. Although The Adventures of Huckleberry Finn was banned in the U.S. just a month after its publication, it is now celebrated as a classic. Books considered controversial today may be viewed with more of an open mind in time.

Clearly, attitudes to books are not permanent.

It is impossible to create content that everyone will interpret in the same way, but trying to stop people fro
accessing the content itself is not even a feasible idea in a time when knowledge is easily accessible.

In any case, banning is not an effective solution to any problems. Once a reader gains access to a text, there is no control over the way they will read and relate to it. It doesn’t matter what or when people read; reactions to texts depend on an individual’s interpretation, which is created by influences that cannot necessarily be controlled.

Banning books allows certain groups to impose possibly outdated ideas of right and wrong. Free access to all books will give us the chance to read about contemporary problems in their time, to identify issues that are still relevant today, and to decide what our own opinions are.