Southpaw is the latest incarnation of the boxing film which sees the main character overcome some kind of tragedy or hardship and redeem himself. Despite being highly formulaic, the film does commit to trying to establish a dynamic that sets Southpaw apart from other boxing films, as well as that of the transformation undertaken by Jake Gyllenhaal. Bookended by epic showdowns, the film chronicles the fall of Billy Hope (Gyllenhaal) and his subsequent battle to get his life back on track and defend his boxing title.

The opening shot of Gyllenhaal pretty much sums up the actor’s approach to the character, as Hope blurrily emerges in a growling, bloody rage across the ring. Gyllenhaal’s physical transformation for the film, whist impressive, does not permit the actor to hide behind his excessive macho nature as he mumbles his way through the script. Luckily the supporting cast are impeccable in making up for Hope’s small measure of emotional resonance.

Gyllenhaal (…)  blurrily emerges in a growling, bloody rage across the ring.

Whereas Hope’s childhood was spent in the welfare system, he has built a very glamorous lifestyle for himself and his family, establishing the dynamic of the film with rich colours, high key lighting and hip hop music leading the soundtrack. Initially, this seems somewhat over the top but as the plot progresses, the contrast simply shows everything that Hope has lost as he regresses to his working class roots, struggling to find a job and support himself.

In these kinds of films, behind every tough guy there is a loving woman and Southpaw is quick to establish the relationship between Billy and Maureen, a part for which Rachel McAdams is perfectly cast. After tragedy strikes and Maureen dies, Billy states that she made all of his decisions for him – providing one reason why he can’t cope, but for me, this indecisiveness of Billy’s was barely introduced into the writing of the relationship which would’ve made the events much more hard-hitting. However, this does allow boxing to take a backseat for the midsection of Southpaw as Hope’s main fight is to get his daughter back after going off the rails. To the film’s credit, this sets it apart from movies of the same ilk. 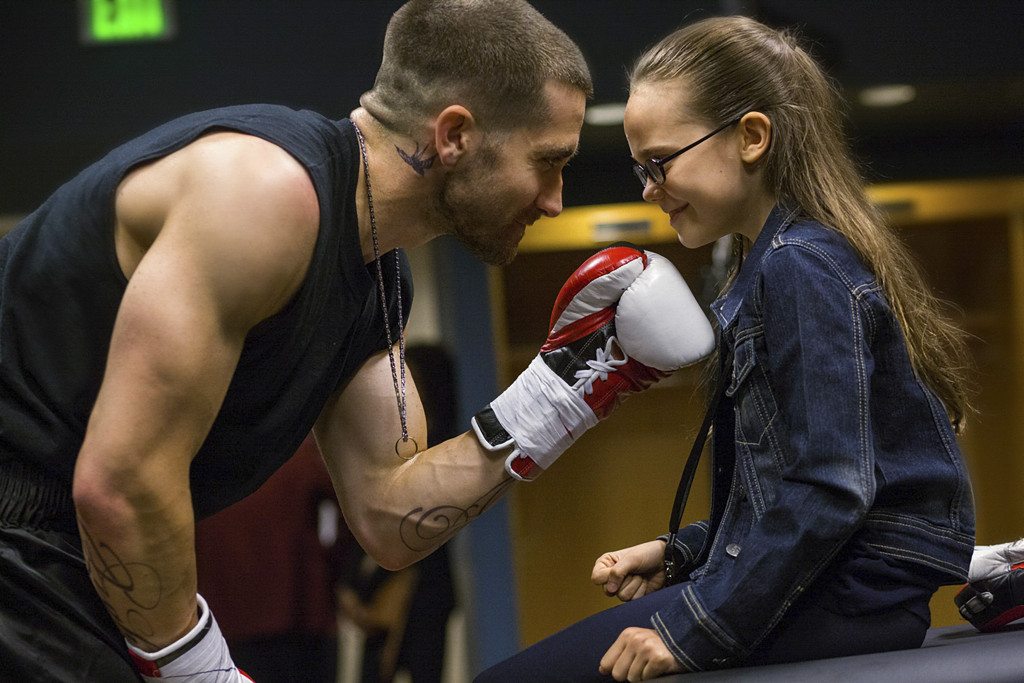 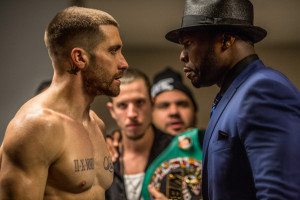 Image: The Weinstein Company. Billy prepares for his fight against Darius Jones.

Southpaw doesn’t seem to shy away from the obvious narrative trajectory but skilfully detracts attention from the formulaic plot by focusing upon themes of family and shifting away from the conventional gritty dynamic of the standard boxing film. Director, Antoine Fuqua, also appears to embrace the clichés that come with this type of film by very subtly imitating the training montage from Rocky IV which contrasts the training methods of each boxer in the lead up to the climatic fight. The training scenes that Billy shares with Tick Wills (Forest Whitaker), the owner of a run-down gym are the film’s strong points as this is where the character development of Hope really occurs. Whereas previously he is never seen to show much self-defence or control, here he learns to both understand and protect himself inside and out of the ring.

a refreshing take on the rise-and-fall sports film

The writing remains mostly strong throughout the film however there are a few elements that sadly aren’t followed through. There appears to be a recurring metaphor of vision and sight linked to the cut above Billy’s eye and his lack of foresight compared to his daughter, Leila, who sees the situation much more clearly, and also happens to wears glasses.

The climactic showdown is what is expected of the film and exactly what it needed to be as Hope showcases all he has learnt since he last won the title. Ultimately Southpaw conforms to many typical narrative tropes and whilst it does nothing revolutionary, it is an entertaining take on the rise-and-fall sports film. 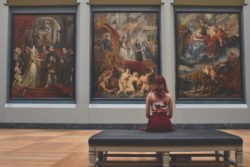 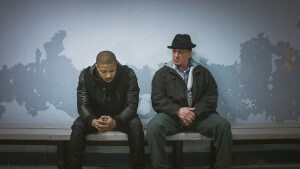