Daisy Buchanan, heroine of F. Scott Fitzgerald’s The Great Gatsby, has sparked much debate since the novel’s publication in 1925. She is often considered callous, spoilt and heartless for her pursuit of wealth and her abandonment of Jay Gatsby. However, perhaps this is an unfair judgement, and she is simply a victim of her situation and the materialistic world she lives in. Two Boar writers go head to head on this… 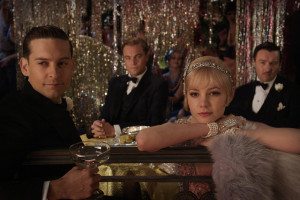 Daisy Buchanan epitomizes everything negative about the American Dream, the notion of which The Great Gatsby is based – she’s materialistic, superficial, and whimsical. How she treats Gatsby, for whom we all root for, is saddening, as she indecisively flits between her lover and husband – who she also knows is cheating on her…

The character’s highly vapid and superficial nature simply lacks substance, making it simply impossible for readers to like, or root for, Daisy. Yes her weeping because Gatsby’s shirts are so beautiful could be construed as being symbolic of her being reunited with her long lost lover, but on the other hand, she is crying over shirts… Of course anyone would be in shock after accidentally killing someone, but to allow someone you supposedly love to take the blame? That’s just amoral and inexcusable. What’s more is that she does not go to Gatsby’s funeral which, to this day, I find infuriating. The point, and the beauty, of the portrayal of Daisy, however, is that you aren’t meant to like her. The fact that she is just an unlikable character adds to the tragedy of the The Great Gatsby as our dear Gatsby waited and pined for his beloved for so long, but she just simply wasn’t worth it.

“Daisy is smart enough to know that in a world where men still have the upper hand, the best thing for a woman to be is a ‘beautiful little fool’.” 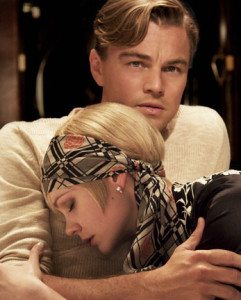 The object of Gatsby’s desire, Daisy Buchanan, is arguably the most loathed of Fitzgerald’s characters. Whenever The Great Gatsby is brought up, it’s pretty much obligatory for someone to rant about a bitch she is. However, if you actually think about it, this attitude makes no sense. The Great Gatsby is a novel peopled with unlikeable characters – you have Tom Buchanan, the over privileged and potentially abusive spouse (who is also racist), Jay Gatsby, the underhand bootlegger with a sky-high temper and Nick, who is a raging hypocrite. Yet Daisy is apparently worse than all of them.

Whilst I am not trying to deny that Daisy is spoilt and selfish, it frustrates me that people seem to believe that all the evils in the novel are caused by her. Putting aside the fact that Gatsby’s obsession with her, whilst romantic, is also borderline creepy, it’s also important to remember that Daisy didn’t ask for any of this. She didn’t ask to be the object of Gatsby’s desire and she certainly didn’t ask him to spend years creating an opulent lifestyle for her benefit. Yes, Daisy’s absence from Gatsby’s funeral is cold, but, if you think yourself to Daisy’s position, it’s understandable. Nothing she does will make a difference to Gatsby (who is, after all, dead), and Daisy herself is in a precarious position. At best, Tom is a foul-tempered, philandering bully, and at worst he’s abusive (do remember his treatment of Myrtle). Daisy is smart enough to know that in a world where men still have the upper hand, the best thing for a woman to be is a “beautiful little fool”, so that is how she behaves.

Ultimately, I believe the reason that people dislike Daisy so much more than all the criminals and abusers present in the novel is because she refuses to follow the script that Gatsby has created for her. She’s not a romantic, she’s a realist out of necessity – because Daisy doesn’t have the luxury of reinventing herself. You may not like her choices, but you have to be pretty hard-hearted to view her as critically as Nick Carraway does.

Learn from Literature: the 1920s in America