The Boar has conducted a General election survey and also collaborated with UK research agency, Survation, to compare the views of Warwick students towards the General Election with those of young people across the nation.

639 Warwick students took the Boar’s Big General Election Survey 2015 to tell us which party they preferred, which factor was most likely to affect their vote, and which candidate they thought was most likely to end up on a reality TV show if they lost the election.

Here we’re looking into some of the most interesting results. 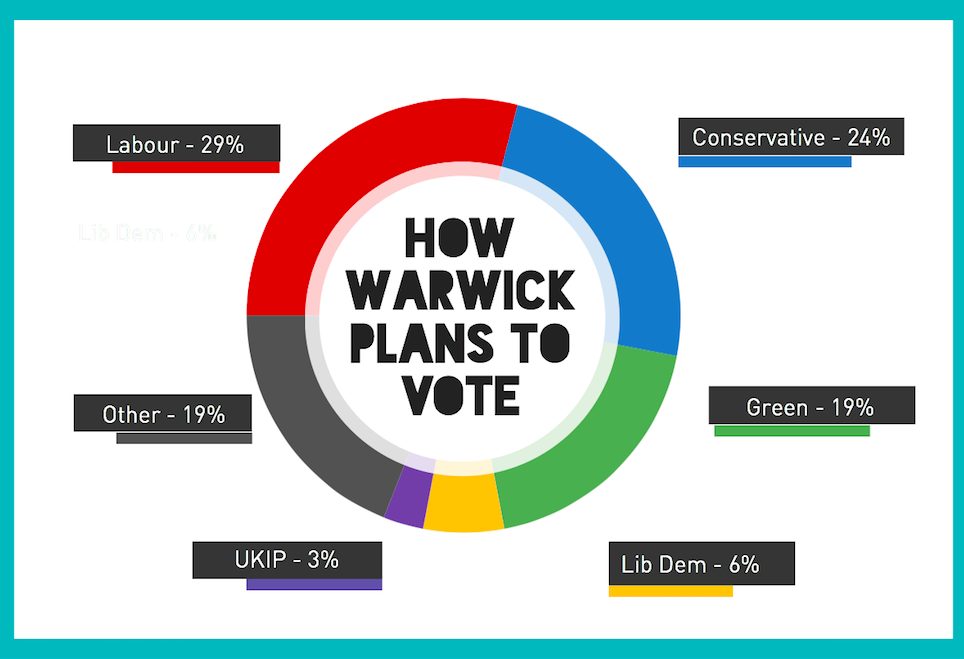 The comparisons are drawn between Boar’s survey and the Survation’s poll on behalf of the Daily Mirror first published on 17 April 2015. We have concentrated on the 18-34 cross-break from this poll, which is taken from an overall sample of 1314 British adults and weighted to be demographically representative.

Compared to the national average, Warwick students from our sample were much more likely to vote for the Green party. 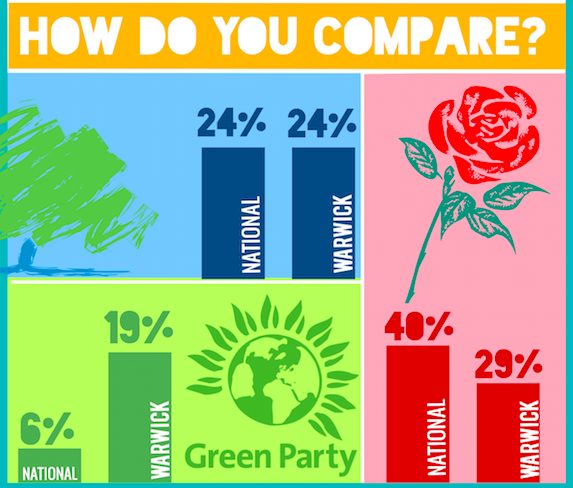 Across the nation, the Green Party has seen a surge in the run-up to the elections, polling fourth nationally as the country’s preferred party, and seeing its members swell by almost half in the last year alone, according to the statistics released by the party.

The Greens have become particularly popular among students, allegedly due in part with their pledge to remove tuition fees while maintaining the quality of higher education.

Students at Warwick are also much less likely to vote for the UK Independence Party (UKIP) with only 3 percent of participants sure they would cast a vote for the party, compared to a national average of 16 percent.

Warwick students are 11 percent less likely to vote Labour than the average 18-34 aged voter, with no difference in the Conservative support, both at 24 percent. Of our sample, 32 students said they were not going to vote at all.

A roughly even mix of male and female students took part in our survey, however we found that women were much more likely to care about issues such as Education, while men overwhelmingly ranked the Economy as their top priority.

Both males and females ranked healthcare as the second-most important issue to them when deciding which way to vote.

Another interesting distinction was the party breakdown between responses from males and from females: 29 percent of male voters at Warwick would vote for the Conservative Party, compared to only 18 percent of females. 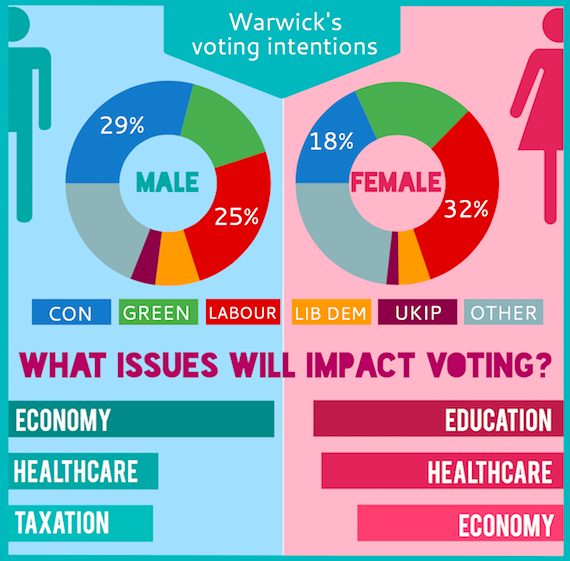 In contrast, just under a third of female students would vote for Labour, compared with 25 percent of male students. 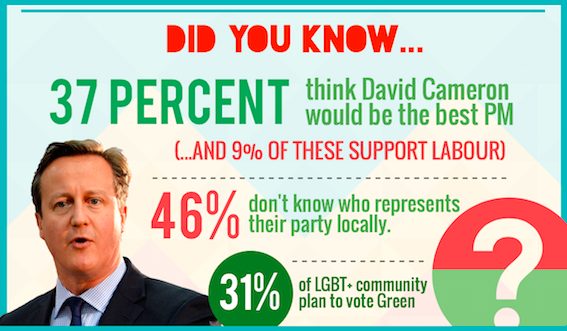 First-year undergraduate student at Warwick Business School, Olly Hanley, told the Boar: “The current system is messed up. It hasn’t really changed in the last five years in my eyes. I’m for reform.”

“I think with current policies, a lot of it revolves around students and affects them a lot,” said Jake Benson, a second-year undergraduate student of Film and TV studies. He continued: “I think, especially for people in second year, and certainly third year, who are going out into the world, it’s a massive part of their lives.”

First-year undergraduate of Philosophy, Ollie Base, agreed on the importance of students using their votes: “I think it’s really important that everyone votes, especially students.

“The idea that “my vote won’t make a difference” is simply fallacious – every vote is counted and will influence either who gets in power or at least how the views of voters are perceived.”
Policy or personality?

Warwick students are more likely to vote based on the policies that political parties are offering compared to the other young Brits. Of the students planning to vote, 76 percent said that the main factor influencing their decision was policy. This compares to just 54 percent of 18 – 34s nationally who will vote based on party policy.

Similarly, when questioned about Katie Hopkins’ influence, two-thirds of Warwick students claimed that it would make no difference to the way that they would vote, much higher than the national response at 47 percent. 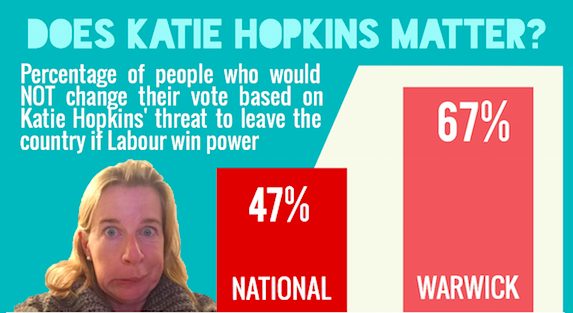 Meanwhile, Warwick students had more confidence in David Cameron’s political afterlife. At Warwick, just 2 percent of students think he will end up on reality TV, yet, nationally, a significant 13 percent of young people think Cameron is headed for the small screen after Downing Street.