The great debate: Premier League player of the season

It’s one thing to simply be great, it’s another to be great with style, ease and grace. My pick for player of the season is the one and only Eden Hazard. Classier than a continental breakfast, Chelsea’s flying winger has been shredding Premier League defences week in week out. Finesse personified, He’s the smooth Nutella nestled in the middle of Jose’s (potentially) championship winning crêpe.

Hazard’s vault to the upper echelons of the beautiful game has been well documented. This is his show and he’s always looked the part. In fact, if world football were Hollywood I daresay Hazard would be Robert Pattison, a wolfishly handsome young star headed straight for the top. Chelsea signed the Belgian star in 2012 for a hefty fee of £32 million, beating out a number of Europe’s top clubs in the process. Following his exploits in Ligue 1 where he scooped up back to back player of the year awards, Hazard was anointed the heir apparent to footballing demi-gods Cristiano Ronaldo and Lionel Messi. Hitting the ground running, he set about living up to the hype and his price tag, netting 30 goals in his first two seasons at Stamford Bridge.

Hazard has gone from a cog in the Chelsea machine to its engine, powering the team to a 7 point cushion atop the league table. As the season has progressed Hazard’s impact has become more and more pronounced

Headed into the 2014-15 Premier League season we knew Hazard was good. We knew he could turn games on their head with timely moments of sheer brilliance, but what we did not know was whether the 24 year old was a truly transcendent talent capable of reaching cult status as one of the worlds very best. He’s answered those questions emphatically. To put it simply: the Belgian is in beast mode.

Hazard has gone from a cog in the Chelsea machine to its engine, powering the team to a 7 point cushion atop the league table. As the season has progressed Hazard’s impact has become more and more pronounced. With the likes of Cesc Fabregas and Nemanja Matic beginning to slow down, Hazard is continuing to take games by the scruff of the neck. According Opta he’s created 78 chances and completed 135 dribbles (heading into this weekend’s fixture with Stoke) – leading the league in both departments. He’s also scored 12 league goals and chipped in with 7 assists to boot. So in deciding your player of the year there’s only one real choice, I think you’ll be glad to know you can have your crêpe and eat it too. 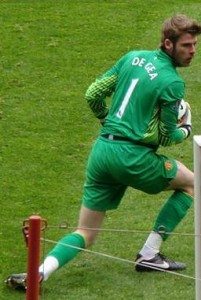 Since I was a young boy, the colour red has always carried an air of negativity with me. Think about it: red means STOP; red means danger; red means fire; red means blood; red means Stalin; red means the devil and, crucially, red means Manchester United. A lifelong supporter of their sky blue neighbours, it was drilled into me at birth that anything and anyone associated with that football club is bad and does not deserve praise. I look on in horror every transfer window hoping that a player I admire won’t be seen taking a medical at Old Trafford (yes, I’m talking about you, Angel), so that I won’t be forced to despise him and everything he stands for from then onwards.

But there comes a point in every sports writer’s life when he must risk being disowned by his father, toss aside allegiances and look at things from an objective point of view. That is why, with great sadness, I must make the case for David De Gea to be named Player of the Year. Despite Manchester United’s squad looking on paper like it resembles head coach Louis van Gaal’s hairstyle – magnificent up front but with nothing at the back – the Red Devils have been quite the opposite this season.

With Falcao and van Persie misfiring and their best forward Wayne Rooney being often pushed deeper into midfield, goals have proved hard to come by. However, the 20-time Champions are currently favourites to land fourth place by having one of the league’s meanest defensive records despite a well-documented lack of experienced talent in front of the keeper.

De Gea has certainly become the most influential, if not the best, keeper in the Premier League. Saving Manchester United countless points could prove vital to their push to return to their rightful place in the Champions League

This is almost solely down to De Gea. After coming to the club aged 20 for a record £17million and thrust straight into the side, the Spaniard started shakily and seemed a poor choice to replace club legend Edwin van der Sar. De Gea was skinny, picked on by physical centre forwards and looked like he couldn’t catch scarlet fever in a Victorian brothel.

Four years on and De Gea has certainly come of age, proving the plum-nosed mastermind Sir Alex Ferguson right once again. Work in the gym has bulked up the keeper and he no longer fears corner balls at Upton Park or the Brittania; whilst his greatest strength in shot-stopping has become truly world class.

Now courted by Real Madrid and heir apparent to the Spanish sticks when the final verse of the Gospel of Saint Iker Casillas is written, De Gea has certainly become the most influential, if not the best, keeper in the Premier League. Saving Manchester United countless points could prove vital to their push to return to their rightful place in the Champions League and De Gea would walk into the Team of the Year of anyone who isn’t Chairman of the Fraser Forster Fan Club.

He still has a weird neck beard and I hate him, but he deserves this award. 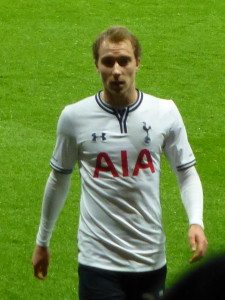 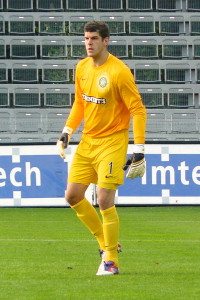 So, having pulled somewhat of a short straw, I’m going to be honest here- Kane is going to win the Football Writers’ and Young Player awards whilst Hazard will contend with him for PFA Player of the Year. But, as proved this weekend, there is always potential for an upset. As I write this, I have no doubt Brendan Rodgers is wiping the sweat from his forehead in light of an unexpectedly heavy defeat. The winners have been discussed but who can adducamhostium occisis this year?

Christian Eriksen, the Dutch Demon, has been impressive this season. He may not have made the headlines as much as his team-mate Harry Kane, but they say the best midfielders are the ones you don’t notice. Responsible for 9 goals and 13 points, Eriksen also completed 1214 passes in 2090 minutes. From 100 corner kicks, Eriksen can also claim credit for some of Tottenham’s 14 set-piece goals. Tottenham owe as much to Eriksen this season as they do Kane- after all, the big man needs good service.

Fraser Forster has been a stalwart keeper for the Saints this season as they have risen miraculously to the heavenly heights of the top six. With 61 saves and only 21 goals conceded, Forster has given Joe Hart strong competition- 13 clean sheets against 10 is formidable. Although Forster is out for the season, perhaps his importance in England’s future plans may carry influence for voters.

I will finish with a fairy-tale. Once upon a time there was a boy named Charlie Austin. His football career was kicking off at Poole FC, a local team of mine, before making a move to Swindon. 51 appearances and 31 goals later, a move to the Championship beckoned- first Burnley and then West London. In his first Premier League season, 15 goals have been responsible for 10 points out of 25. Without Austin, QPR would be without a hope of survival. “And they all lived happily ever after?” We’ll see. 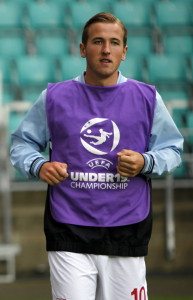 Midway through last season, a group of Oldham City fans found themselves discussing on their club forum the possible transfer of a young and unproven Spurs striker called Harry Kane (and not all of them were that struck by the idea). Fast forward just over a year, and that same Kane is the Premier League’s joint top scorer with 19 goals, along with another 10 in various cup competitions, as well as a goal just 79 seconds into his England debut. There are also unconfirmed rumours suggesting he’s about to become the fifth member of One Direction; that the BBC have approached him to be the new host of Top Gear; and that he’s planning on forming a coalition with Miliband’s Labour Party after next month’s election. It’s fair to say that Kane mania has swept the nation.

Which could be seen as surprising, really, as Kane is not your average modern footballer. He doesn’t look much like an athlete for starters, possessing an endearingly gormless expression exacerbated by a bottom lip that, at times, drops deeper than the man himself does when trying to resuscitate another flat lining Tottenham attack. So too is his posture deceptive, no more so than when he crams his ungainly frame spider like over the ball, before bouncing off another defender on his flightpath toward goal. He is a lanky anatomical antonym to the former lithe front-line darlings of White Hart Line such as Gareth Bale and David Ginola, attacking not so much with a swagger, as something of a stagger.

There are also unconfirmed rumours suggesting he’s about to become the fifth member of One Direction; that the BBC have approached him to be the new host of Top Gear; and that he’s planning on forming a coalition with Miliband’s Labour Party after next month’s election. It’s fair to say that Kane mania has swept the nation

Not that this is a bad thing, mind you: I challenge you to find something more heartening in the game than Kane buccaneering away at the heart of the Tottenham attack. Frequently he is praised by both fans and plaudits for his ‘puppyish’ irrepressibility, but such a description does a disservice to his unique brand of brylcreemed brio. His ability to score all manner of goals is the mark of a pedigree champ, rather than mere pedigree chum. In fact, the only thing more certain than Kane hitting the target when presented with an opportunity, is the fact that some beleaguered, half-arsed hack will trot out that old ‘Kane is Able’ headline for their match report a few hours later. Add the fact that Kane has regularly had to carry his club, whose pedestrian build-up play can still find itself as hopelessly aggressive as a UFC title fight between Dora the Explorer and ‘H’ from Steps, and his fairy-tale star shines even brighter still.

And to trot out a cliché, a fairy-tale is, of course, what Kane’s inaugural top-flight season has been. This is something we should appreciate. Now, in our age of endless sports coverage both on satellite television and online, and with the mind-numbingly comprehensive databases of video games such as FIFA and Football Manager just a loading screen away, we find ourselves living through a footballing era of increasing predictability. The fact that Eden Hazard and David De Gea are in the running for this accolade should come as no real surprise to you, because we all knew they were going to be stars playing for the glamour clubs back in 2008, or whatever. Is Kane strictly better than either of those two players? Look, it honestly doesn’t matter. But the fact you’re even contemplating that question is more than enough reason to warrant the striker winning the PFA Player of the Year Award.