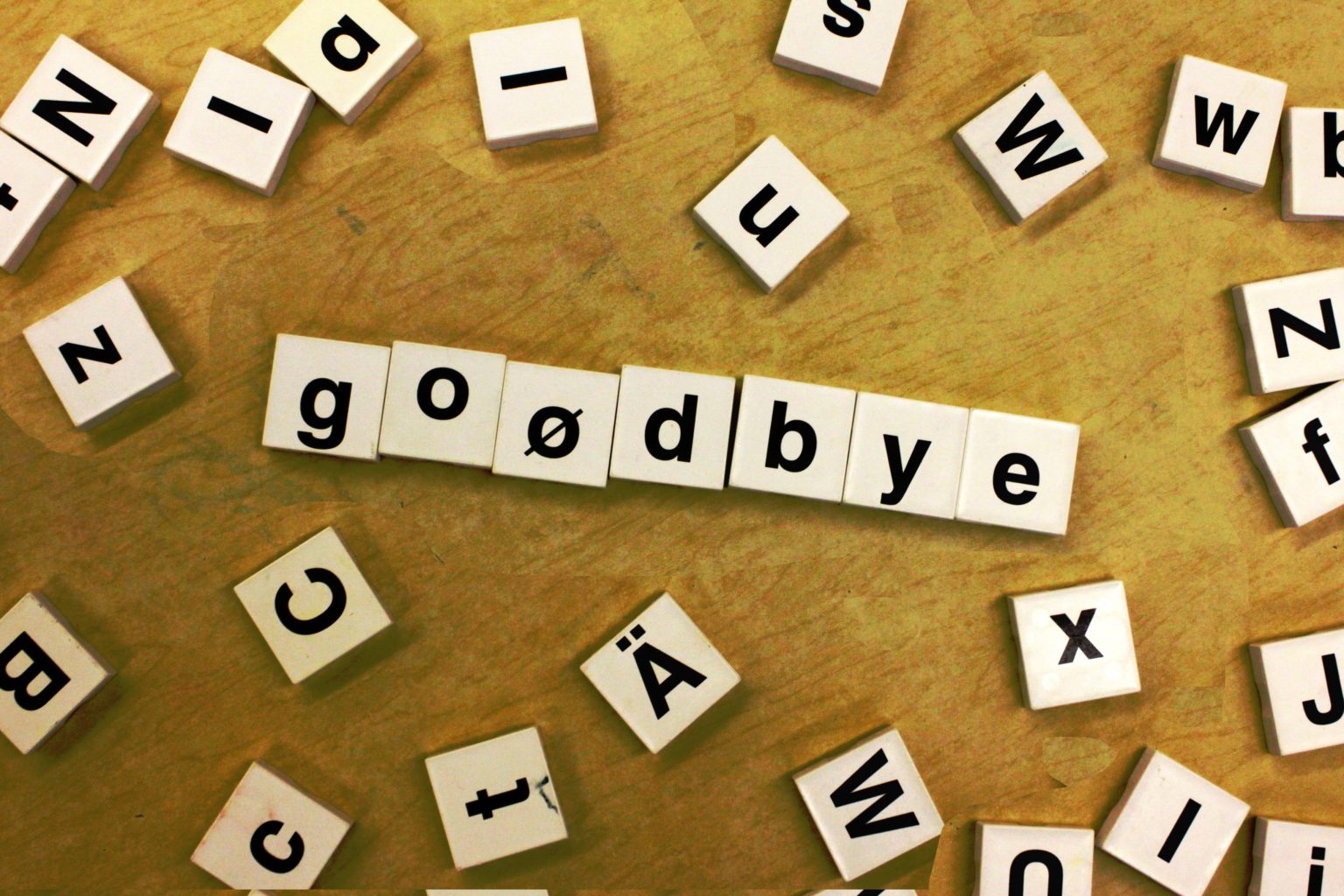 So Long, Farewell: Endings in Literature

[dropcap]N[/dropcap]o book can be considered truly great without a satisfying conclusion. Whether it’s happy, sad or bittersweet, a book’s ending should provide insight on the events of the narrative and tie up any lose endings whilst still providing an emotional punch. Here, three Books writers discuss their favourite endings.

It may not be a conventional happy ending or what the reader wanted but The Great Gatsby has a terribly fitting conclusion thematically, emotionally and tonally. Throughout the narrative, F. Scott Fitzgerald makes it abundantly clear that it cannot end well for our dear Gatsby. His infatuation with Daisy Buchanan and the life and wealth that she represents proves fatal as he tries to defy the passage of time and repeat the past. Gatsby tries to cling on to the time that he spent with Daisy in any way he can – hence his decision to swim in the pool. The pool is essentially a symbol of the rebirth of Gatsby’s ability to dream, alas, Gatsby’s hamartia: his attachment to the past and to his dream of Daisy, means that this rebirth can never happen.

His death is likewise apt due to the lavish parties of which he had no attachment to aside from the slim hope of Daisy attending. I don’t know what angered me most as a reader; that Gatsby died because of his futile infatuation with, and desire to protect, Daisy, or that she didn’t attend his funeral. But again, this is just the tragedy of Gatsby’s character, and the superficial, one-dimensional nature of Daisy’s. Yes, Gatsby may be a deeply flawed figure and his greatness is frequently brought into question by Nick’s narration, but his devotion cannot help but be at least somewhat admired despite leading to his demise.

Another key reason why the ending of The Great Gatsby is so renowned is its closing prose and the sheer memorability of the novella’s final line is a testament to the beauty of Fitzgerald’s writing – “Gatsby believed in the green light, the orgastic future that year by year recedes us…tomorrow we will run faster, stretch out our arms farther. . . . And then one fine morning— So we beat on, boats against the current, borne back ceaselessly into the past.” Returning to the green light that symbolized Gatsby’s obsession with Daisy, his ambition to become ‘great’, and the inescapable passage of time, Gatsby’s struggle is immortalized in Nick’s study of the great man.

From Duty to Daddy by Sue MacKay

Bear with me here: the most satisfying ending to a book that I’ve ever read? Easily Sue MacKay’s erotically charged From Duty to Daddy. One of the finest entries into the coveted Mills & Boon Medical series, the novel concludes with our hero, the strapping Marshall Hunter, realising that- after two years of indecision- his true place in life lies by the side of the beautiful young Charlie Lang. By this point, I was literally and figuratively moist. I think my life may have changed.

My friend had to fetch me a cold flannel and everything

Honestly if you get through this novel without your cheeks reddening at frequent intervals, without the hairs on the back of your neck standing up, without a few flitters and flutters in the pit of your belly, then you’re probably as stubbornly sexless as Thrift’s smooth smooth scalp (obligatory Boar VC joke, sorry). By only the end of the third page (the first two were faintly disappointing; needs more sex) I was wrought with an enthralling anxiety, eager to observe the latest comings and goings in the relationship (mostly comings).

And the final twist? Oh you’ve never read anything as lovely and sentimental and heart-warming in your life: I shit you not. Basically our Hunter realises that he’s in love with Charlie, and learns that he’s actually got a cute daughter with her, too. Which obviously sort of obligates him into a relationship but it’s written in a very hot n’ heavy way so it’s all fine in the end. Although I guess you could say it takes the Marshall a LANG time to realise where his priorities lie!! (That’s a joke there for you, free of charge, because her name is Lang which sounds a bit like the word ‘long’).

When I finished the final page I actually just didn’t move for a while, I was that shocked and that happy. I sat there in my own little puddle, pleased at how everything had turned out. Honestly the book had me a-twisting and a-turning and I can’t recommend it enough. Plus it’s only 98p on Kindle, which means if you pay with a pound you’ll be left with two whole pence to put in a charity bucket next time you’re accosted on the piazza by some Kilimanjaro-climbing eejit. “All was well.” These words conclude J. K. Rowling’s Harry Potter and the Deathly Hallows, the final book in the Harry Potter series. The book ends with an epilogue showing the main characters’ lives 19 years after the Battle of Hogwarts.

The epilogue is a satisfying conclusion to both the novel and the series as a whole. Firstly, it offers a suitable denouement after a climactic confrontation between Harry Potter and Lord Voldemort. While the idea of a ‘19 Years Later’ scene may seem cliché, it is valuable, providing readers with a sense of completion as they come to know the futures of characters they have accompanied throughout the series. The most important question — “What happened to them afterwards?” — is answered in some detail. Thus, the epilogue ties up loose ends effectively.

However, there also remains an opportunity to recommence the series, should Rowling ever wish to do so

For instance, the Elder Wand still exists, and while Voldemort has been defeated, the emergence of another villain for Harry and his friends to fight is not unlikely in the wizarding world. Alternatively, future books could revolve around the newer generation of characters, who are introduced in the final scene. In this way, the epilogue is well balanced, as it answers enough questions without revealing everything.

Secondly, the ending also creates a full circle. The epilogue is reminiscent of Harry’s first trip to Platform 9¾ in Harry Potter and the Philosopher’s Stone. The Weasley and Potter children prepare to go to Hogwarts, much like their parents did at the beginning of the series. Lily anxiously awaits the day she will join her brothers, just like Ginny did, and Percy remains as pompous as ever. Moreover, Harry is in a better place than he was in the first book, surrounded by loving friends and family. Finally, there is also a tribute to significant characters that appeared in the series, such as Lily and James Potter, Sirius Black, Albus Dumbledore and Severus Snape.

Thus, the epilogue not only ends the single book effectively, but also completes the series: although the books are finished, the magic continues.