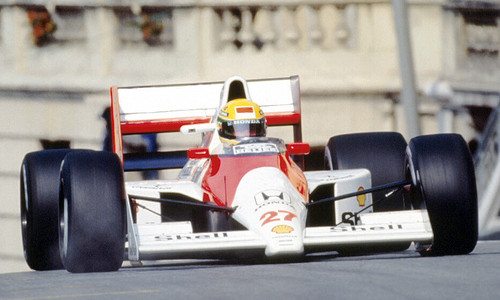 Ayrton Senna's legendary talent was conveyed across the F1 calendar but he attracted particular attention for his aptitude and performance in Monaco; Senna landed a place on the podium for every race he completed on the track, thus earning him the title 'Mr Monaco'. Photo: Instituto Ayrton Senna

The Immortal Ayrton Senna: 20 Years On

On 1st May 1994, an unusually unsteady Ayrton Senna, who had been moved and disturbed by both the crash of Rubens Barrichello and the death of peer Roland Ratzenberger in the preceding days, boarded his car for what was to be the last time. The San Marino Grand Prix was truly tainted with disaster that year as the Formula One community were left to mourn the losses of two great men after Senna’s car veered off into the Tamburello corner tragically shattering both vehicle and driver.

Senna’s legendary status both on and off track is a benchmark to all in F1; he was a cultural icon and charitable patron to his homeland of Brazil, an electrifying driver with a passion for risk, a remarkably controlled and magnificent racer, and above all an ambitious and humbling man. When the news of his passing broke, crowds flocked to the streets of Brazil with some holding banners to commemorate their loss reading “Senna isn’t dead, because Gods don’t die“, illustrating how highly regarded he was and remains to be. Ayrton Senna was the man who was designed to win, to triumph and to prevail.

Ayrton Senna’s ferocious ambition and single-mindedness on the track belied a quiet faith and benevolence which revealed an entirely different side to his character. The Brazilian was a devout Catholic, regularly reading the Bible on long flights from Sao Paulo to races in Europe; it is believed that he sought solace from the Bible on the morning of his death. 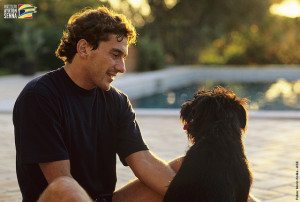 The charity set up in Senna’s name and honour has already reached out to over ten million Brazilian children. Photo: Instituto Ayrton Senna

Senna used his millions to donate to charities helping poor children in Brazil, for poverty was widespread and inequality rife. One of his final acts was to create the framework for an organisation dedicated to Brazilian children, later named Instituto Ayrton Senna.

He was, then, far more than just a racing driver. It is hard, though, to extricate his religion and charitable deeds from his occupation. His driving was a means for self-discovery; his quest for personal improvement on the track a metaphor for his desire for a better world.

In Formula One, drivers seamlessly come and go without much notice being taken of their careers. However, once in a generation, there is one who seems to always have the extra tenth in hand. These drivers have an apparent sixth sense for how late they can brake, where the grip is, and how early they can get on the throttle.

Ayrton Senna, for many, was the greatest of them all. His almost mystical persona combined with an unmatchable pace in every condition meant that he stood heads above the rest.

A ruthless racer, Senna believed he had a God-given right to win. At times, he was simply spectacular. Whether it be his first win in the torrential conditions of Estoril in 1985 or one of his six customary lights to flag on the streets of Monaco, Senna was different.

However, there was also a dark side to this quest for perfection, evidenced by a series of clashes between Senna and Alain Prost, notably in Suzuka in 1989 and 1990. After being disqualified from the ‘89 race on dubious grounds, Senna got ‘revenge’ by taking Prost out at turn one the following year, and in the process, won the World Championship.

Aside from this, there are almost infinite highlights of Senna’s career including his mastery of Monaco, and spectacular drives such as that at Donnington in 1993, where he lapped the entire field in cataclysmic conditions, driving what is widely accepted to be the greatest first lap of all time.

Indeed, Senna was a divisive, controversial and incredibly complex character, but his unequivocally dominant performances on track are what’s celebrated most, those that made him a complete racer.

Monaco, one of the most challenging tracks on the Formula One calendar, is unforgiving by nature and leaves no margin for error with its twisty streets. Ayrton Senna though, was known and heralded for mastering the circuit beautifully, and he won there a staggering six times. 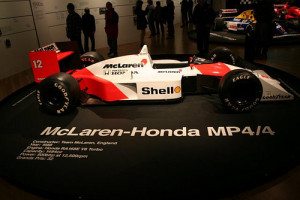 A standout example of why Senna was lauded so highly at Monaco was shown at the 1988 Grand Prix.  Here, Senna raced with the fabled McLaren MP4-4, a car that when in qualifying trim, produced over 1,200 bhp and had very little down force, making it especially difficult to drive on high downforce circuits like Monaco.

Having been partnered with World Champion Alain Prost, Senna was under an immense amount of pressure to perform in the ’88 race. Yet, the results were astounding.  Senna out-qualified Prost by a whopping 1.4 seconds to take pole position.

During the race, he led by a large margin and was even told to slow down by his engineers.  Such was Senna’s ‘need for speed’ that he crashed and ended up losing the race to Prost.  However, this just proves how on the limit Senna was; always wanting more, and always pushing to be the best, whatever the margin.

His naturally aggressive driving style shone in the streets of Monte Carlo, as he drove one handed and manually shifted through the gears with the other.

Although technology has advanced in F1, it would be great to see the drivers of today trying to do what Ayrton was able to do all of those years ago, let alone to the same Godly standard; I believe he, Master of Monaco, could teach them a thing or two.

To the Brazilian people, Ayrton Senna was undeniably more than just a driver. There was a euphoria at the mere mention of Senna’s name all over Brazil from the streets of Sao Paolo to the grandstands of Interlagos.

Watching the acclaimed docu-film based on Senna’s life, the sight of hundreds of thousands of fans chanting his name during his famous Interlagos victory emphasises the iconic status that he achieved during his tenure in Formula One. A perfect example of his status can be seen with the emotional and physical ordeal of Senna’s maiden home victory in the 1991 Brazilian Grand Prix. Normally sports such as football are associated with the most passionate and enthusiastic crowds, but Brazil appeared to break the mould for motorsport as chants echoing his name rang around the circuit.

Having started from pole position Senna had produced a master class all weekend; he dominated the majority of the race only to be hit with a late gearbox failure that would defeat most drivers at their best. But with the weight of expectation of a nation on his shoulders, Senna drove for 11 laps without the use of fourth gear, and towards the end of the race without both third and fifth as well. In the manual MP4/4 he was driving, this invoked excruciating pain and spasms throughout his body, to the point where continuing was a serious risk to his own health.

Despite this incredible adversity, Senna continued and triumphed to the joy of the Brazilian public, who desperately needed a beacon to console the underlying social issues their country was experiencing. Watching Senna stagger out of the car and embrace his father is an emotional experience even now, and the raw delight he shows on the podium is a world away from the routine wins we have come accustomed to seeing in the modern sport. In the post-race press conference Senna told journalists “I saw God”, a touching and poignant comment on a simply miraculous drive.

Throughout it’s existence, Formula One has been a sport stained with a lengthy series of fatalities. With the pioneering of aerodynamics from the likes of Colin Chapman and Gordon Murray, cornering speed rapidly increased as the cars became more advanced. However, the safety procedures clearly did not accelerate at the same rate. A fact highlighted by the 13 fatalities seen in the motorsport division throughout the 1970s and 80s. 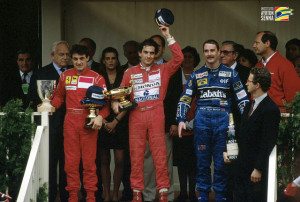 Ultimately, it would take something extreme for F1 to take the required action in making the sport safe. The death of the iconic Ayrton Senna forced the sport into action, and has thus become part of his legacy.

Led by Senna’s close friend Dr Sid Watkins, a series of well-needed safety systems were put in place. To name but a few, there were tech-pro barriers to absorb the force of any impact introduced, groove tyres to reduce cornering speed, and carbon fibre monocoques (effectively a shell around the driver) to give them greater protection in the cockpit. The success of these measures is clearly seen by the number of fatalities since that of Senna: zero. 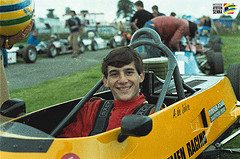