Beyoncé degree introduced in the US

Rutgers University in the US has recently announced that they will be offering a degree in the politics of Beyoncé.

Unconventional courses are not a first at American universities. The prestigious Berkeley University, part of the University of California system, offers a module that uses philosophy to analyse hit show ‘The Simpsons’.

Meanwhile the University of Baltimore offers a whole degree in Zombie Studies, and a range of US universities offer courses in underwater basket weaving.

UK universities have their fair share of unusual subjects too. Warwick’s neighbour Coventry University hosts a degree in Parapsychology, a course which questions the existence of ghosts, haunted houses and life after death.

Durham University has made headlines for their Harry Potter module, while a 12-week course at Staffordshire University allows undergraduates to study David Beckham’s changing hairstyles and sex symbol status.

Other options range from Heriot-Watt’s course in brewing and distilling to the Central school of speech and drama’s highly competitive puppetry course.

Amy Guest, first-year Theatre and Performance undergraduate commented: “Some of these courses may be more relevant when you put them into a contemporary context, especially things like the sociology aspect of it is what is relevant today.”

Emily Stevenson, first-year Literature student was positive about the idea of studying Harry Potter: “It might seem like quite an easy module to do if you really love the book and it is quite interesting to study it in a broader context.”

Stephen Perry, second-year Medical Microbiology and Virology student, however, said: “Most of these degrees have no real-life use and sound to me like a waste of money.” 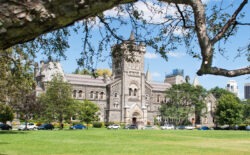 UK and Canada “more attractive” to Indian and Nepalese students