It is refreshing to know that in a medium saturated with first person shooters, each trying to out-gore each other and having the most mediocre endings, that there are still games which emphasize finding a less predatory way of solving things.

The original Thief series was revolutionary for this reason. It shunned the instant reward of face to face combat in favour of the euphoria one gets from sneaking past every pixelated baddie in the level. Times move on, and the new Thief  reboot will struggle to prove it’s still the exception to the rule, but with almost a month to go before its release, this is looking like one title stealth fans won’t want to miss, even if it is the gaming equivalent of a massive question mark for almost anyone else. 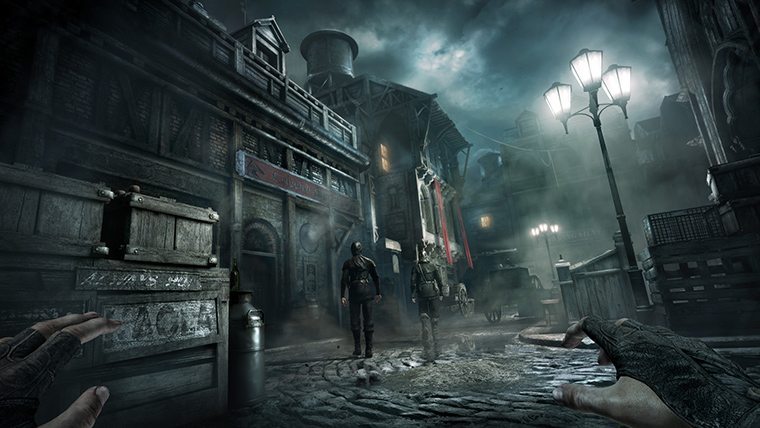 Just like in prior outings, you fill the shoes of athletic thief Garrett as he embarks on a number of daring solo heists in a dark, post-Victorian steampunk setting known enigmatically as “the City.” You’ll be taking on all manner of odd jobs from (unsurprisingly) shady individuals, with a lot of them (obviously) involving stealing, but the structure of the game looks to benefit heavily from having a central hub which Garrett can return to after missions to manage resources, replay missions, or just to explore. Released footage has shown an attention to detail in its atmosphere and design, with a densely packed and beautifully macabre world that’s full of places to investigate (or rob) at your leisure.

In a predictable twist of fate, Thief will be compared to the very titles that it’s probably done a lot to influence, most notably 2012’s Dishonored, which not only features a similar steampunk setting, but also a similar attitude to staying unseen. Garrett’s various limitations actually help move the game in a different direction – there’s no convenient supernatural ability waiting to whisk you back into the shadows should you make a mistake, and so planning how you will avoid patrolling enemies will take tactics and expert timing.

What’s more, Thief thankfully plows a different course to the recent Hitman Absolution, which gave you a massive arsenal of death dealing gadgets and weaponry, only to politely remind you not to use any of them to get the best score. Thief ’s creators at Eidos Montreal have even gone so far as to admit that the combat system in the game is one of its weakest attributes (in non-PR terms, it’s a bit crap basically), with the hope that players will embrace the stealth theme as if Garrett’s life depends on it. 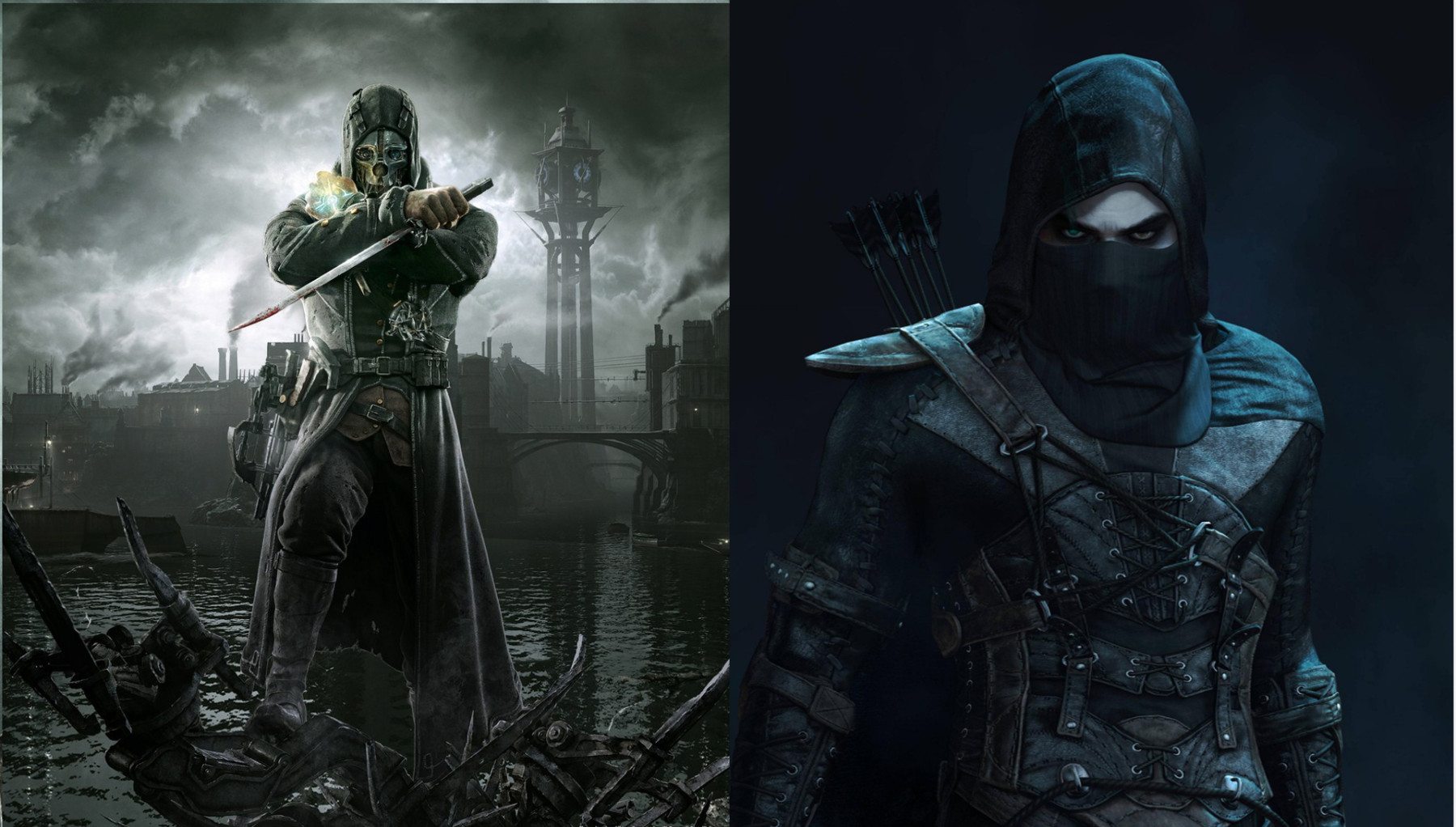 Thief will be compared to the very titles that it’s probably done a lot to influence, most notably 2012’s Dishonored

This is not to say that Garrett is a completely unarmed serial robber. His trusty bow returns, as well as a baton which can be used to take down enemies and a host of gadgets including knockout gas for when large groups of guards are coming after you. In general though there has been a focus on mobility and momentum, somewhat reminiscent of Mirror’s Edge, with lots of running, jumping and climbing that will take you out of enemies’ reach, even if you were planning on bashing them on the bonce with a cosh. One of the more controversial new features that has fans reeling is the focus ability, which in its primary instance slows time but can also be used to temporarily improve Garrett’s abilities, whether this is making tasks such as lock-picking and pickpocketing slightly easier, or allowing you to discover secret locations in the environment. Whilst entirely optional, it does represent a move towards making casual gamers welcome that will boil the blood of many hardcore stealth fanatics.

Thankfully, as a writer for Boar Games I don’t have to try to argue that Thief will appeal to everyone – that’s the job of an unfortunate PR team – and already it is shaping up to be one of those quirky titles that polarizes gamers. Many fans are already skeptical of focus mode and other apparent attempts to replicate the very games it should be trying to outmatch. Gung-ho gamers will be bored by the game’s insistence of standing around in darkness, instead of running out and chopping off heads. It is perhaps disappointing that for a game series with such a cult pedigree Thief is facing a smaller and smaller niche of gamers that will be happy with it. The question you should ask yourself is how much satisfaction would you gleam from slipping unnoticed into a rich man’s house and nicking his trousers. As a huge stealth fan, I personally don’t think there’s anything else in the world I’d rather do.

Are you a fan of stealth games? Will you be picking up Thief on its release in February? Let us know on Twitter @BoarGames