Will you choose where you pick your takeaway up from, knowing it’s food safety score? Photo: sidelong / Flickr

The Boar has collated information from the Food Standards Agency (FSA) about the ‘Food Hygiene Ratings’ of popular takeaway restaurants in Leamington Spa.

Other restaurants scored the next lowest rating of ‘one’, which means that ‘major improvement [is] necessary’. Flames on High Street, Spicy Bites on Clemens Street and Tuscano’s on Bath Street both scored ‘one’.

According to the FSA’s website, the purpose of the rating scheme is to show ‘how well [a] business is meeting the requirements of food hygiene law. It gives you an idea of what’s going on in the kitchen, or behind closed doors, so you can choose where you eat or buy food’.

The FSA checks three criteria on a food hygiene inspection: “How hygienically the food is handled – how it is prepared, cooked, re-heated, cooled and stored; the condition of the structure of the buildings – the cleanliness, layout, lighting, ventilation and other facilities; and how the business manages and records what it does to make sure food is safe.”

When contacted by the Boar, the management of Fu Garden declined to comment on the Food Hygiene Rating score they received in November.

Jagdeep Klare, Manager of Millenium Sweet House told the Boar: “The old management had over looked things in the past but a new management has been put in place and the old lot have been got rid of and we’re getting on top of things now.

“The whole building is going to be rebuilt by Network Rail It was a structural problem that impacted on the score in January.”

Flames and Sicilian Pizza did not want to comment on their FSA rating when contacted by the Boar.

This follows an investigation by the Boar into allegations of fraud against Sicilian Pizza last month, after additional payments were taken out of students bank accounts after paying by card at the takeaway.

The manager of Spicy Bites told the Boar he didn’t want to comment presently as “[the council inspected us] last week and they will post a letter to us when the new score is available”.

Earlier in the year, concerns were raise over food safety at Spicy Bites, after the Boar reported on a metal bolt that was found in a kebab that a student purchased from the takeaway.

The Boar attempted to contact Tuscano’s but the restaurant is closed for refurbishment following a fire earlier in March.

Ellie May, a second-year Physics student was shocked by the scores: “I didn’t know about the scores, but it’s awful! It’ll completely put me off eating their food, I didn’t think that anywhere could actually be bad enough to score that badly, it’s disgusting!”

Tymek Woodham, a final-year English and Creative Writing student says he’s not surprised: “I’ve never really equated these places with ‘food’ as it is commonly known. The stuff they sell is purely there to satiate a certain type of desire.”

Charlie Johnson, a second-year Politics student says it wouldn’t make him change his mind: “as bad as it sounds I did know of Sicilian’s score. If I hadn’t been over charged, I would have gone back again. After a night out its not really what I’m thinking about. Its hard to believe they can just score a 0/1 and not have to change it”

The following information is provided by the Food Standards Agency and is publicly available online. It is accurate as of 29 March 2013.

If you have any concerns about the food you have purchased from establishments in Leamington Spa, or wish to make a complaint, you can contact the ‘Food and Occupational Safety and Health Team’ at Warwick District Council: foodsafety@warwickdc.gov.uk. 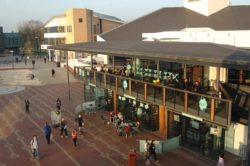 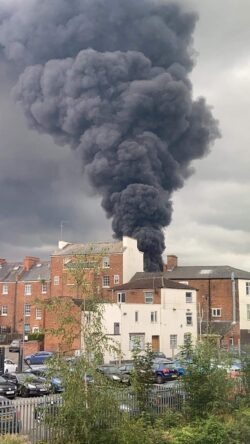 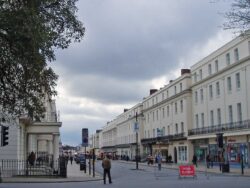 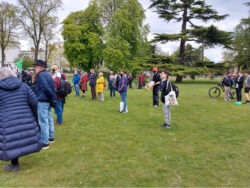