Twenty-two years after the Wall came down to the sounds of reunification and David Hasselhoff, the scars of Berlin’s past are still visible throughout the city.
A visit to Berlin gives you two destinations for the price of one: compare the imperial promenades of Charlottenburg, just west of the line which divided Europe, to the Communist brutalism of Karl-Marx-Allee, its very name an indicator of its one-time political allegiance.

Berlin can be overwhelming for any casual tourist, the excesses of its chequered history seeping from every wall, every bridge and every kebab-stand. In a week-long stay, it can be difficult to know where to begin in Berlin, a city described by its own mayor as “poor but sexy”. Here are my tips:

1. Go culture mad. There is no end of museums and galleries in Berlin. Waiting for Thursday will pay off here, as a number are free in the evening. A well-known local secret is the Theaterkapelle, located in the district of Friedrichshain, which is the site for a series of jazz musicians, who play until the early morning. Entry is free, and you can bring your own drinks. Over the course of the evening, more and more people get involved in the improvisation, and no event is ever the same.

2. Take to the bicycle. There are a number of excellent walking tours in Berlin, but if you really want to explore the city, Berlin is very bicycle-friendly. Join a cycling tour or hire a bike and roam freely. I recommend starting at Alexanderplatz, and cycling towards the Brandenburg Gate and the Reichstag, a route which takes you across the line of the Berlin Wall, as well as across centuries of history.

3. Buy a kebab. Although Berlin is not necessarily known for its food, it does offer some of the best doner kebabs to be found in the world. Even if you would never touch them in the UK, give them a try whilst in Berlin. The best place is outside Mehringdamm U-Bahn station.
4. Take your beers everywhere. Unlike our good nation, there is no restriction on where you can drink. Buy a beer at a Späti and wander around drinking. It may sound crazy, but a carriage on a train can spontaneously host a crazy party if the passengers are right.
5. Never go home. Why return to the hostel? If the bar is closing down, try and get into Berghain, perhaps the most famous electro-club in the world. Be warned: the door policy is very strict, so be on your best behaviour. Alternatively, head to one of the many parks with a few drinks, watch the sun come up, and then find a local café for a hearty breakfast. With any luck, some Germans will befriend you and drag you off to an after-party at someone’s house.

Ultimately, however, the best Berlin is the one you find yourself. Whether you want to relax with some culture, or party for three days straight, Berlin offers it all. One thing is agreed, however: it’s one hell of a sexy city. 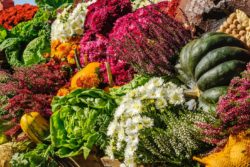 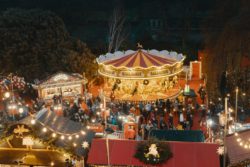