Bad Lieutenant: Port of Call New Orleans and Trash Humpers were, if not the best, certainly the two most significant features at Flatpack this year and, while they may be disparate in terms of both their aesthetics and content, the new works by oftentime accomplices Herzog and Korine share one thing in common: at the root of both these masterpieces is an integral kernel of anarchic abandon, a kernel which serves to imbue both films with a contagious invigoration owing little to literary concerns.

To briefly reiterate the preliminaries of almost every article on Bad Lieutenant, it is a remake of the Abel Ferrara film featuring the infamous Harvey Keitel masturbation scene in name only. The first collaboration – hopefully of many – between Nicolas Cage and Werner Herzog is in fact based on a script which had apparently been floating around Hollywood for a while, and one can certainly imagine how prosaic a movie it would have become in the hands of a director-for-hire with a lesser actor in the lead role. Yet Herzog is no director-for-hire and, in portraying Bad Lieutenant’s drug-addled and abusive protagonist Terrence McDonagh, Cage once again proves himself capable of imbuing the slightest of characters with an insatiable fervour.

Of course, Cage has played manifestations of the id many times before. He practically made his name doing so. Yet never has he performed such a role in a film which is itself so wholeheartedly in accordance with his character’s bacchic insanity to the extent of Bad Lieutenant, with not even Wild at Heart excepted. This is a film that derides the stifling stringency of its plot and diegesis and ignores these constraints accordingly. The most affecting of these wilful digressions occurs when McDonagh recounts a tale of his childhood to his prostitute girlfriend Frankie (Eva Mendes) (a moment which circumnavigates tweeness to touching effect in a manner which only Miranda July has achieved in recent years). Yet two other moments which are already all over youtube and have secured the film ‘cult classic’ status despite its disappointing box-office returns are those which will inevitably be the ones which viewers excitedly report to their friends, and this is mainly due to their subversion of what would otherwise be achingly archetypal scenarios in a manner which is incredibly pronounced and yet executed with utter sincerity.

The first occurs in the film’s first third, in a sequence wherein Officer Stevie Pruit (Val Kilmer) is heading a stakeout and McDonagh walks in with the intention of taking charge only to become distracted by a pair of iguanas on the table. McDonagh asks what these iguanas are doing on his coffee table and Pruit replies that there are no iguanas on the table. McDonagh is insistent that there are, however, and the viewers can also see that, unless the mise-en-scène lies, two iguanas are indeed sitting on the table. The iguanas are already in the fore in the scene’s expository shot, but forty seconds into the action Herzog abandons the notion of allowing narrative impetus to dictate the scene in favour of dedicating its remainder to a series of intuitively edited handheld shots of the iguanas set to the sounds of Release Me by New Orleans crooner Johnny Adams. Not only does Herzog appear to care nothing for the rest of the scene’s narrative content – which is wholly relegated to the background – but he also makes no attempt whatsoever to maintain the camera’s invisibility, unashamedly allowing sunlight to hit the lens in a manner which even Conrad Hall would deem unprofessional and, at one point, getting so close to one of the iguana that it attacks the convex glass surface.

The second occurs in the film’s final third, in a scene featuring an altercation between two mobs which is the culmination of McDonagh’s various misadventures. When the smoke clears on the stereotypical shootout McDonagh energetically demands that Eugene Gratz (Marco St. John) be shot again. A heavy, gat in hand, asks why, and McDonagh triumphantly declares that “His soul’s still dancing!” Such a proclamation alone was enough to raise a joyous hoot from my throat, yet the camera then pans across the ground to the gangster’s corpse, beside which a figure dressed in his clothing is busting all kinds of moves. A volley of bullets subsequently ensues to send this figure falling to the ground, and all this is set to hoots, howls and a hyperactive harmonica hoedown.

Bad Lieutenant’s persistent agitation doesn’t always rupture its coherency to such an extent but, even if it often isn’t as easily explicable as in the scenes mentioned above, the film consistently feels awry, despite the fact that if one was to take a random screenshot the movie could easily be any other of the deluge of crime thrillers which were so popular in the nineties and whose tropes now largely manifest themselves on the small-screen in the form of CSI et al.

This is most definitely not so in the case of Trash Humpers. Adopting a medium usually reserved for eighties porn and Nollywood, Korine shot the film on VHS. However, whereas in the case of the latter two genres the aesthetic is nakedly due to economic necessity, Trash Humpers derives great beauty from its technological limitations. Korine uses the archaic medium’s chromashifting palate to render Neon-lit suburban underpasses and car-parks as wistfully magnificent as Monet’s water lilies. A wondrous fuck you to blu-rays, hi-def and 3D, the images of Trash Humpers assert their plasticity with aplomb and seem to say “Make no mistake, you are most definitely watching a film.”

And this self-evident facet is that which makes it possible to laugh uproariously throughout Trash Humpers, because if this shit was real the only thing to do would be to cry. Consisting of Korine and his friends running amok vandalising, murdering and, of course, humping trash while clad in prosthetic geriatric masks in a series of long takes, if one was to distil the film’s action to the crudest amalgamation of reference points it would be Jackass meets Bo’Selecta with arthouse timing. Like Takashi Miike’s Visitor Q, Trash Humpers recognises that for a generation weaned on prank emails from friends with scat porn attachments; close-ups of horrific wounds in skate videos and ogrish.com the equivalent of a Buster Keaton pratfall is asphyxiation with a plastic bag. And indeed when that happens in the film (accompanied by a redneck’s triumphant wailing guitar) it’s probably the most hilarious moment in cinema since Gaston Modot kicked a dog in Bunuel’s L’âge d’or back in 1930.

Perhaps inevitably, the only time when this hilarity abates is when Korine blurs the line between fact and fiction and incorporates ‘real people’ into the anarchic melee. Certain instances such as a scene wherein the titular freaks cajole an actual elderly trailer park denizen into dancing smack of exploitation to an extent which similar moments do not in Korine’s earlier works, for example Julien Donkey Boy’s black albino, and this is a matter of pathos. In all of Korine’s prior films the audience is coaxed into empathising with the characters, no matter how much the films might resemble a white-trash vaudeville freakshow. In Trash Humpers, however, all one is encouraged to do is laugh, to laugh perpetually, breathlessly and excessively, and maybe a little bit of guilt is the price one has to pay for revelling in pure unadultered anarchy for 78 minutes.

Bad Lieutenant: Port of Call – New Orleans is released on 21st May 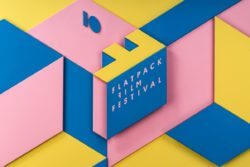 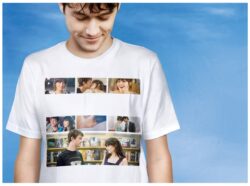