This past weekend I travelled to attend the TEDx event at University of Warwick. My wife and I decided to spend the rest of the weekend visiting Coventry, and we had a good time visiting the sights. But, on Sunday afternoon we witnessed a disturbing act of discrimination that ruined our image of the city. We went to a café bar called Browns for a vegetarian lunch. I was informed that I would not be served as I was wearing a hat. A lot of night clubs have similar rules but this seemed to be an unusual rule for an empty restaurant to enforce on a Sunday afternoon so I enquired as to why. I was told that due to local hooligans causing trouble most restaurants in Coventry will not serve people wearing hats, hoodies or with sports tattoos. Culture shock for a Canadian, but fair enough, I took off my hat and ordered my lunch.

The next customers to walk in were three eastern European men who were quickly shouted at by a staff member to leave as they would not be served. This caught our attention as none of these men were wearing any of the aforementioned banned apparel. In a very embarrassed tone one of the gentlemen asked why, to which the woman said that she doesn’t need to give a reason and they should leave immediately. My wife and I were disgusted by this and repulsed at the idea that this was apparently common practise amongst Coventry restaurateurs.

Our next stop of the day was the Herbert Art Gallery & Museum. The museum’s gallery proudly displayed the multicultural history of Coventry. It was ironic considering the repulsive discrimination happening right next door.

Upon returning home, a quick Google search revealed many other stories of discrimination at this particular restaurant. Racism, xenophobia and just plain ignorance seem to be the prevalent complaints. How is this restaurant allowed to continue with these policies? Why are the people of Coventry and Warwick students continuing to give it
business? 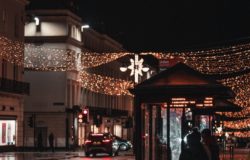