The High Court ruled last week that a detective who was maintaining a blog has no right to privacy. Richard Horton was trying to get an injunction against the Times, who were about to publish that he was the NightJack blogger who has been giving followers a behind-the-scenes view of policing under the veil of anonymity, but Mr Justice Eady ruled that, because blogging is a public activity, there can be no reasonable expectation that such anonymity should be respected.

What is a public activity in this sense? Certainly Mr Horton was publishing his work in the public domain, but does this now mean that we cannot write a letter to a newspaper and sign it ‘Anon.’? Are we forbidden from writing books under pseudonyms? It seems absurd to draw a line between these print media and the electronic medium of blogs. Mr Justice Eady is not against privacy; after all, he is the same judge who rightly ruled last year that the Daily Mail had no right to expose Max Mosley’s unorthodox sexual exploits. Why now?

Although this is ostensibly about one case, the repercussions could be far-reaching. Every anonymous blogger will now live in the knowledge that, should they publish something controversial, they are at risk of being exposed. This can only reduce the free exchange of information we have come to enjoy in the internet age. It’s disappointing that the Times has chosen to undermine its journalistic integrity in this manner; traditionally newspapers have respected people’s desires for anonymity – such events as the Watergate scandal may never have broken if it was not for anonymous sources. The Boar believes that breaking boundaries of privacy for the sake of a good story is unethical; rest assured that, if you anonymously provide us with some information on a great scandal, we will respect that.

Mr Horton has since been disciplined by the force. As he was sharing confidential information about certain cases, this is perhaps appropriate. Nonetheless it should not be the prerogative of a newspaper to breach a person’s privacy in that manner. I imagine if Mr Horton had approached the Times with interesting yet confidential information, they would have had no problem keeping him anonymous as a concession for the sake of a good story.

Contact-tracing may trigger a new era of surveillance 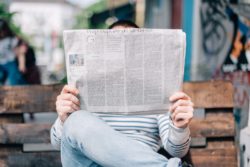 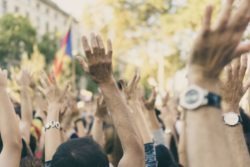 Freedom of speech vs. privacy: learning from the Anderton Park Protests