Last term I went to a WIDS summit debate on ‘Volunteerism’. A panel of experts dissected the huge umbrella term ‘volunteering’, scrutinising the positive connotations associated with the word, to get to the serious heart of the matter. A dour man from the UN spoke straightforwardly about recruiting volunteers with several years’ professional experience to work in placements transferring their skills to create sustainable infrastructures.

With a sardonic smile he inferred that with our sincere fresh faces we were too unqualified as yet to think of UN volunteering, but not to forget them in a few years time when we fancied changing our office view. A young woman followed from Christian Aid, her vivacious tight-fitting red jacket not necessarily conjuring up the equally red donation envelops one receives from her charity. In her talk she repeatedly referred to a story of a British girl who after the Tsunami raised £4000 by asking family and friends and others for contributions. After a paltry time helping out she then went on an extended holiday of the region. The implication was that the girl had raised the money under false pretences and if she had genuinely wanted to make a difference she should have stayed at home and donated all the money to one of the relief agencies already set up out there. A critical look at gap years in general ensued with the cost environmentally and financially of flying an individual half way across the globe to take work away from the local populace.

I found myself sinking in my seat, expecting any instant to be dramatically denounced as a “gap-year girl” and forced to justify my six months in Malaysia. Despite the serious content of the talk, and yes half of me was totting up my ghostly carbon footprints stretching over many continents, the other half was once again luxuriating in memories of Malaysia. The flood of associations is the same as I experience when I see an address ending in KUALA LUMPUR on a manufacturer’s label or business address. Kuala Lumpur or KL is the capital of Malaysia, situated on the west side of a relatively long and thin country trailing off from the end of Thailand. At its tip stands the showy state of Singapore, like the dot at the end of an exclamation mark. Malaysia was a former British colony and now, along with Singapore and Brunei, they wield significant economic power in South East Asia.

This business acumen is evident when walking around KL’s centre, the focus being on the Petronas Twin Towers (in 2003 they were the world’s tallest buildings). Two beautiful pinnacles joined half-way up by a gateway bridge which visitors can access to enjoy the view punctuated by other skyscrapers. At the towers base is an expansive shopping mall, a feature incongruous to every large Malaysian town, ranging in scales of garishness. Despite initial disorientation KL is actually a very manageable capital although one expects with the country’s growing prosperity it will continue to stretch both outwards and upwards. We often found ourselves enraptured by the Golden Triangle, an area just short of the shadow of the towers.

At night this area switched on the neon and attracted all to the glow of its nightlife. We often went to the Beach Club, a rather dubious banner outside proclaimed it to be the best club in Asia. This exaggeration aside it did have fish tanks above the bar complete with gaping sharks. Sharks weren’t the only predators in the capital’s club; over-weight, over-red and over-excited middle-aged white men were often accompanied by local girls showing them the sights. The bar stools as usual were dominated by groups of balding Chinese business men, determinedly working their way through bottles of Jack Daniels.

In KL we often stayed in backpackers’ lodges in the Chinatown district of the city, which offered a very different shopping experience to the escalated and chandeliered malls. Here if you accepted the vendor’s first price for a Chanel imitation handbag then you had been royally ripped off. The joy of bartering in Chinatown soon became a way of killing a spare couple of hours. Malaysia is a Muslim majority country and in KL the Islamic Art Museum displays the religion’s heritage of beautifully intricate calligraphy and architecture. It is also an oasis of air conditioning and the cool tiled interior is a welcome relief after the humidity which pervades the city.

Our placement was situated on the north west coast in Georgetown, the second largest city in Malaysia. We travelled in coaches to other places, the motorway often seeming to cut through the location set of Jurassic Park, such dense jungle-green surrounded us. Malaysia is full of National Parks abounding with wildlife – monkeys are their equivalent of squirrels – offering real-life versions of British tropical greenhouses. We never made it to Malaysia’s biggest National Park Taman Negara, but the guidebook had dampened our enthusiasm by referring to the over zealous leeches found there.

The Cameron Highlands are the country’s tea growing plantations, reached by headache-inducing roads that trail up into the hills. The Highlands offer an eclectic mix of tacky tourist enticements – big smiling plastic strawberries signal places to pick-your-own – with the most stunning views. Walking trails take you through jungle and then break out onto open expanses of tea growing greenery. The photographs you take of the Highlands never do justice to the piquant of the million of waxy tea leaves cut into hedges that wave and undulate with the troughs and peaks of the hills. The Cameron Highlands offers not only colonial teashops but British weather too; staying up there was one of the rare occasions that I had to wear layers.

Malaysia is a diverse country, despite the Muslim majority in Georgetown there were churches and Buddhist, Hindu and Chinese temples all contributing to the religious pluralism of the community. The cuisine reflects all the national influences and is cheap and bountiful, and it helps if you like spice. Fresh fruit is abundant, although be very wary of the national treasure, the “king” of fruit – durian, which Malays adore when it has its brief season. It has a slimy, stringy flesh with a repulsive smell that reminded me of cheese and onion pasties that had been left for too long in the heat – definitely an acquired taste. Street-side hawkers can rustle up filling wonders for the equivalent of 20p.

After we finished our volunteer work placement in Georgetown we spent a week travelling along the east side of the country going from beach to beach. No descriptive words can do justice to the beaches of Malaysia, often groups of little islands reached from the mainland by boat they offer little else but sea, snorkelling and swordfish steaks. Of particular note are the two Perhentian islands which are the closest thing to paradise I have ever experienced, a not uncommon view judging by the facebook group dedicated to their beauty.

Whilst there sometimes seems a certain impatience for the sanctimonious reminisces of gappers, my focus of Malaysia as a varied country is only half a story. During our time we worked and lived in an orphanage, teaching, playing, entertaining and learning ourselves from the children. In hindsight I could have stayed in England and worked for a further six months at Tesco, at the end sending a cheque to the orphanage instead of myself, but that would not have been the same experience for either party and altogether a lot less personal. 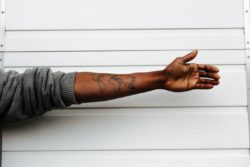 What does it mean to travel as a person of colour? 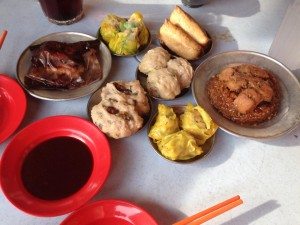 A Student’s Guide to air travel