Who is David Holmes I hear you ask? The DJ / film music composer / owner of film production company Candleblinks / iphone-ad jingle-creator has in fact been creating albums since 1995, with his debut entitled This Film’s Crap Let’s Slash the Seats. Now on album number 6, Holmes is back with Holy Pictures.

Holy Pictures is something of an enigma. From the very start Holmes’ eclectic sound is evident. Part electronic, part britpop, part psychedelic, I’m not sure if the album’s genre could ever be defined (the haven that is Wikipedia defines it as Krautrock – pat on the back if you know what that is!). However, it does not suffer from this experimental approach and it is the tracks with the most creativity that really stand out.

‘Theme / IMC’ is the outstanding track of the album: an awe-inspiring instrumental, oozing emotion and the build in texture towards the end first highlight Holmes’ incredible ability to evoke emotions via his music. ‘Hey Maggy’ is also worth a considerable mention. A hybrid of synths, bells and piano delightfully littered throughout the track results in a highly moving piece.

Another track worth a listen is ‘The Ballad of Mary and Jack’. Written in memory of David Holmes’ late parents, it is a gorgeous sounding track that really leaves you wanting to grab the tissues. It’s tracks like these that shows off Holmes’ musical abilites and hint at why he is such a successful composer of film soundtracks.

‘I Heard Wonders’, the opening track, opens with a more upbeat feel, fast tempo, trippy instrumental organisation and whisper-like vocals from Holmes. Whilst it isn’t by any means a poor track, it lacks the emotion of its counterparts and ends up slightly repetitive and even boring. This split between the inspirational and mediocre is something that litters the entire album, in fact.

‘Holy Pictures’, the lead track off the album, is the most disappointing. The instrumentation simply doesn’t work and Holmes’ monotonous singing style isn’t pleasant, especially for the 5 mins 20 seconds that it is dragged out. ‘Kill Her With Kindness’ is of the same ilk.

‘Holy Pictures’ in places is wonderfully imaginative, innovative and emotive, with Holmes reflecting on his life superbly in his eloquently written lyrics and emotive instrumentation, but it simply isn’t a case for the album as an entirety. The album is reduced to a mediocre affair with the few tedious tracks which really spoil what could have been a fantastic example of the best that experimental music has to offer. 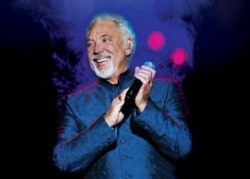 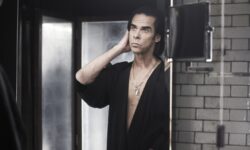