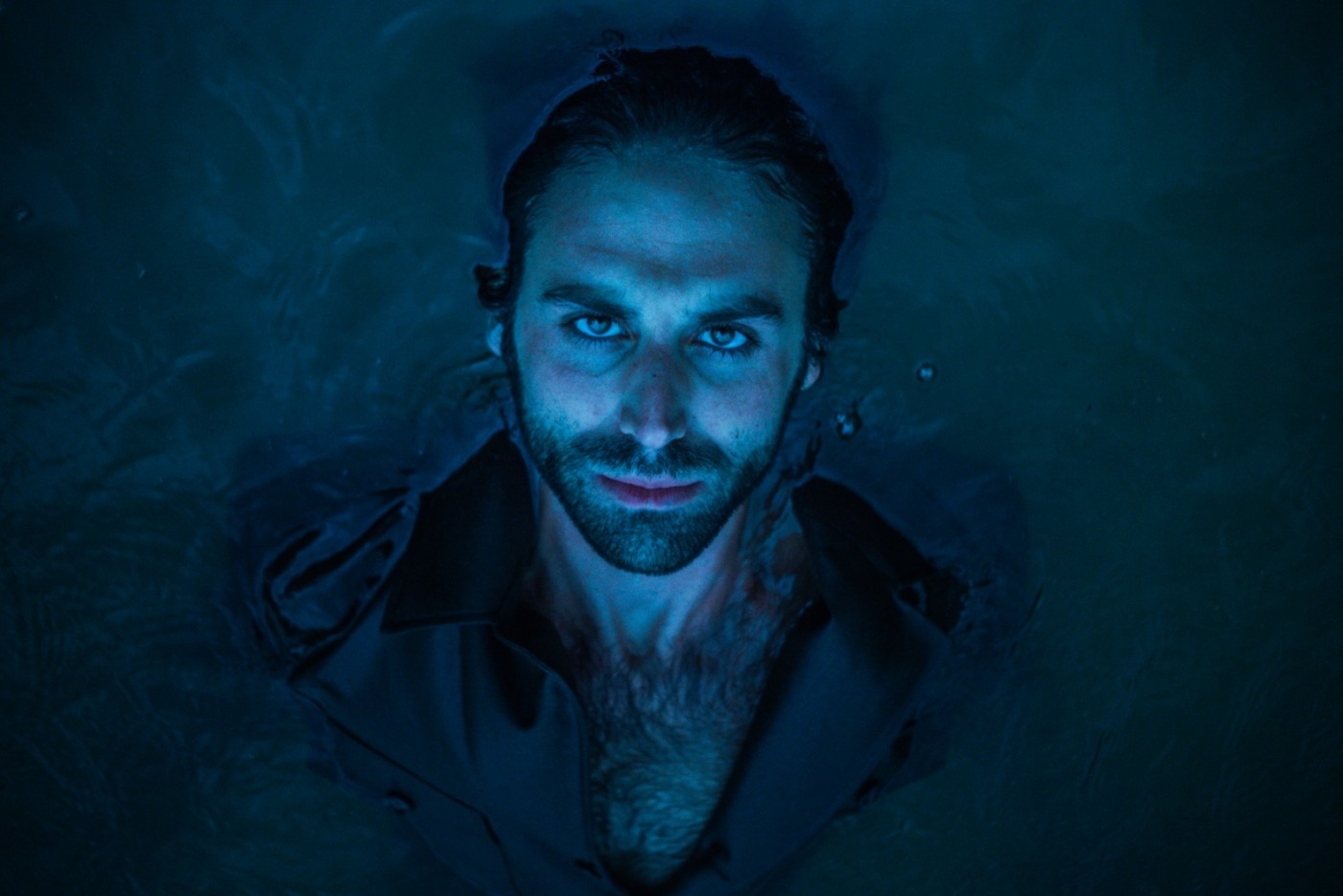 Although up-and-coming artist Ulysses Wells is only just releasing his first EP, he’s already set for big things. With a seal of approval from Bastille’s Chris ‘Woody’ Wood, who signed him after seeing his electric live performances, Ulysses has a lot riding on his new release, Can’t Take It Much Longer. It doesn’t disappoint, however. Combining sensual, folksy blues with the anger and energy of unbridled rock rage, the record is a testament to the conflicting nature of us all: paying thanks to our inner devils just as much as our angels.

I chatted to Ulysses from lockdown in “the middle of nowhere” in central France as he discussed the journey behind Can’t Take It Much Longer, and why it may be the first step of a much longer, successful path.

Cerys: You produced a lot of this EP in lockdown – would you say the time in isolation benefitted you creatively?

Ulysses: “[Lockdown] was great for me (…) I just moved to London as I got evicted from my place and had to move in with my sister, but it was great. I just sort of psyched myself up and got on with it. It was brilliant as there were no other distractions. Working at a bar or something like that wasn’t an option, so it was nice to focus solely on making music.”

C: From listening, there seems to be quite a split between the energy of the songs – almost like a division between mania and melancholia. Would you say these feelings were influenced by lockdown or was the basis for the songs created before?

U: “I built the foundations of the project – heavier, rockier blues vibes – and had written these songs over the course of two or three years. The funny thing about writing songs is that they sometimes come true. I used it, and a lot of people, especially my sister over quarantine, said it was a lovely song and it tells a story, it’s really different to the stuff you’ve been doing before, and I wanted to showcase that. I didn’t want to come across like a psycho-lunatic and do rock stuff all the time. In terms of the devil and the angel – the idea that we’re not always raging.

I really like the last Leonard Cohen album (Thanks For The Dance, 2019). There was a lot of darkness in that but there was also lots of breadth – the production is almost modern and it’s very haunting. So that really inspired me to work this one out. I use a lot of my strange roots as well – like the accordion and string arrangements. Going sort of more into Jaques Brel territory, or Django Reinhardt.

Also electronic – if you listen to it over big speakers you’ll hear I have a sheepskin drum and downtuned it, got a massive sub bass and stuck it in there with a cello, just to bring it into a more current place, but still with a tip of the hat to the old school.”

The Bastille shows for us were ridiculous. It was coming from playing in the UK blues scene, to a room with a 10-person capacity in Bristol to going to play a 20,000 seat arena

C: You’ve already planned your next EPs, am I right?

U: “Yes, you’re right. A brilliant artist called Chica Seal, who’s exhibited with Damien Hirst, did three pieces of work for me and said these are the titles, so use them as and when you want – she named them ‘Contemplation’, ‘Fighting’ and ‘Freedom’. That gave me a bit of guidance and formed a nice journey. I’m planning two heavier rocky ones to show the lunacy and then one or two more current sounding – the next one has a Tame Impala vibe on the title track and there’s also a stripped-back, Nick Drake sounding track. It’s a real mix – there will be a nice blend on this next EP.”

C: I love how you shaped your music and its angle based on her artwork – you don’t usually get such a relationship between the cover art and the actual music.

U: “For me that’s important. There’s a lot of musicians on this album – there’s 14 musicians already on it. There’s strings, violins, cellos all done by one guy, David Ridley, five female singers and my keyboard singing as well. There are lots of different people involved and that’s important to me – to keep it in the family but also spread it and try and get as much amazing talent as possible. Even with writing, if someone has a good idea I’m not precious about giving them a bit of the writing as well. It’s a nice big family.”

C: Onto your live shows, you have a pretty cool story with Woody from Bastille that I’d love to hear more about?

U: “The live shows were great – I think we’re all really starting to miss it. The Bastille shows for us were ridiculous. It was coming from playing in the UK blues scene, to a room with a 10-person capacity in Bristol to going to play a 20,000 seat arena. It was a bit mad. That for all of us was the highlight so far.”

C: You’ve toured with some other big names like Barns Courtney – how was your experience? Any particular memories?

U: “I took the road with Lewis Capaldi before he blew up: that was fun – he’s a very funny guy. Barns Courtney’s shows were fun too. We had a good run before this all happened.

[The coronavirus pandemic] actually came at the best time as I was going to pull out of the live shows anyway, to concentrate on writing. So in a way, it was a bit of a blessing. It was good as it’s given us that bit more time to get it right.”

C: You had to pull your tour for the beginning of 2021. Have you re-planned it? Are you thinking of doing anything else instead?

U: “We’re aiming for something at the end of October to be quite honest with you, we’re just looking forward to the immediate future and just getting the band together and doing a couple of gigs. We’ll live stream it onto Instagram – we’ve got a few ideas on how to make it a bit interesting, to try and bring the live thing into the equation. I don’t want to just stream something live, I’d like to make it more special than that.

Maybe streaming ones to random places in Europe – there are things called GeoLocators where people can touch in with their headphones. Throwing in something a little bit quirky, where people can safely gather and meet, even if it’s virtual.”