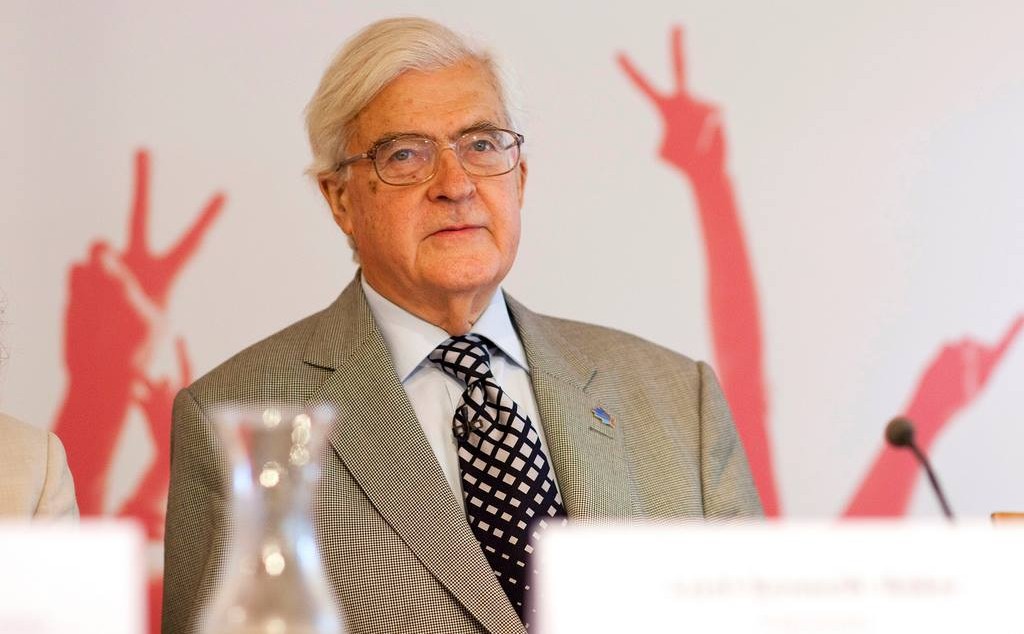 Lord Baker on Brexit, Corbyn and the UCU strikes

Lord Baker emerges from his previous interview several minutes earlier than we were expecting. “Are we going to go for a drink?” he asks hopefully. Margaret Thatcher’s education secretary clearly has no intentions of conducting a conventional interview and catches us off guard. But we grab our coats and head in the direction of the Terrace Bar.

Ever the optimist, the now 83-year-old Baker is keen to stress his support for Brexit but seems to recoil at the suggestion that he is a ‘Brexiteer’, fearing its connotations. The word “compromise” crops up repeatedly and he attempts to distance himself from the more “extreme” commentators, who want absolute autonomy from the outset. Such an idea is pure fantasy, he suggests.

If people like him who consider themselves a part of the establishment are so apathetic, how can they really expect young people to engage?

So, what of his colleagues endorsing this approach? What does he think of Jacob Rees-Mogg? A future leader? Whilst he seems to have a high degree of respect for the backbencher, he is less than confident that the British public would take to him as Prime Minister and laments his depiction in the media as a caricature from days gone by. Surely this media image is an integral part of Rees-Mogg’s appeal though? Baker shakes his head. “I think they’d be quite savage.” An even swifter dismissal is reserved for every single member of the Cabinet: “none of the above”. Even a mention of Boris Johnson fails to draw a shred of enthusiasm, whose reputation has apparently suffered through the “dull” portfolio of Foreign Secretary. More junior talent needs to be given a chance, Baker contends, and he name drops Tom Tugendhat, the chairman of the Foreign Affairs Select Committee and a fresh face in the commons from the 2015 General Election. “I’ve spoken to him and I like him,” he enthuses.

It is a relief to finally reach the Students’ Union, having taken part in the lowest speed journalistic pursuit of a generation and almost being hit by a car whilst crossing the road as a result. Lord Baker orders a small lager and, as we attempt to gently guide him away from the ongoing DJ set, we bring up an earlier comment in which he described the majority of politicians as “boring” and “featureless”. If people like him who consider themselves a part of the establishment are so apathetic, how can they really expect young people to engage?

If the younger generation want to affect change, it is up to them to deliver it rather than complain and point fingers

”I want them to realise there is a lot to do to make our society better.” It is a simple answer revolving more around semantics than solutions, but his blunt answer reflects a blunt reality. If the younger generation want to affect change, it is up to them to deliver it rather than complain and point fingers. We sit down as Baker’s lager is placed on the table for him and, face-to-face, establish a new level of honesty.

A brief mention of the UCU strikes at Warwick is enough to provoke considerable outrage. “It is absolutely appalling,” he sighs. “Totally irresponsible.” Such a response is hardly surprising coming from a leading figure of the Thatcher government, renowned for its ruthless approach to trade unionism. Lord Baker bemoans the negative impact on students and accuses lecturers of defending a pension scheme format that even multimillion dollar private companies have been forced to abandon.

He goes further though, cutting through to the basis of trade unionism itself and questions whether lecturers should have the right to take part in the strikes at all. It’s a fairly shocking statement and whilst the Lord reaches no conclusions, even his call for a conversation on the matter will draw heavy criticism. Any move to completely ban withdrawal of labour hardly seems likely from either side of the political spectrum and would probably raise human rights concerns. But Baker is absolutely sure of himself and doesn’t seem phased by our puzzled looks.

This confidence is of course what first made Lord Baker one of the biggest names in politics back in the ‘70s. Certainly he would have struggled to introduce the national curriculum, create SATS tests and shape the GCSEs of our generation if it were not for his relentless self-assurance. He also speaks proudly of his time as Home Secretary and as Conservative Party Chairman, and declares Thatcherism spread wealth more widely than ever before – a controversial statement to say the least. Whatever is said about the senior Tory however, his drive, conviction and ability to create change are in no doubt at all.

It was during this extensive ministerial career that Baker had a little-known PA by the name of David Cameron. The now former Prime Minister was bright and instrumental in making the Tories electable, Baker claims – even if Cameron will now go down in history for his miserable failure in the referendum.

Is that what Jeremy Corbyn is doing for Labour? Modernisation and electability? Baker shakes his head. The catch with Corbyn is his tendency to provide “very easy answers to complex problems, which socialists always have,” he argues. “Do away with student loans. Increase expenditure rapidly in this area, that area.” Are these promises as easy to deliver on as they sound? Baker seriously doubts it. In keeping with his uncompromising defence of neoliberalism, the Lord takes the mention of Corbyn as an opportunity to entirely reject nationalisation of industry, listing rail, telecoms and water as industries supposedly turned around by private investment.

We ask if the government has gone too far in commercialisation. Are degrees products and we consumers? Or is university something more than that? Baker won’t be drawn in on whether tuition fees have cheapened the meaning of degrees, though he concedes they are too high. Instead, he once again delivers a matter of fact defence of capitalism, consumer choice and freedom in the face of state intervention.

As we finish our conversation and ask Baker to name the proudest moment of his career, one could reasonably expect to hear another tale of high politics and ideological change. Instead he pauses before naming his current project, his founding of University Technical Colleges. The project aims to fuel achievement in practical and STEM subjects for students struggling with traditional academia.

With that, our unconventional interview comes to an end. We thank Lord Baker for his time and head off in a state of mild confusion, but with a lot more food for thought than when we sat down.