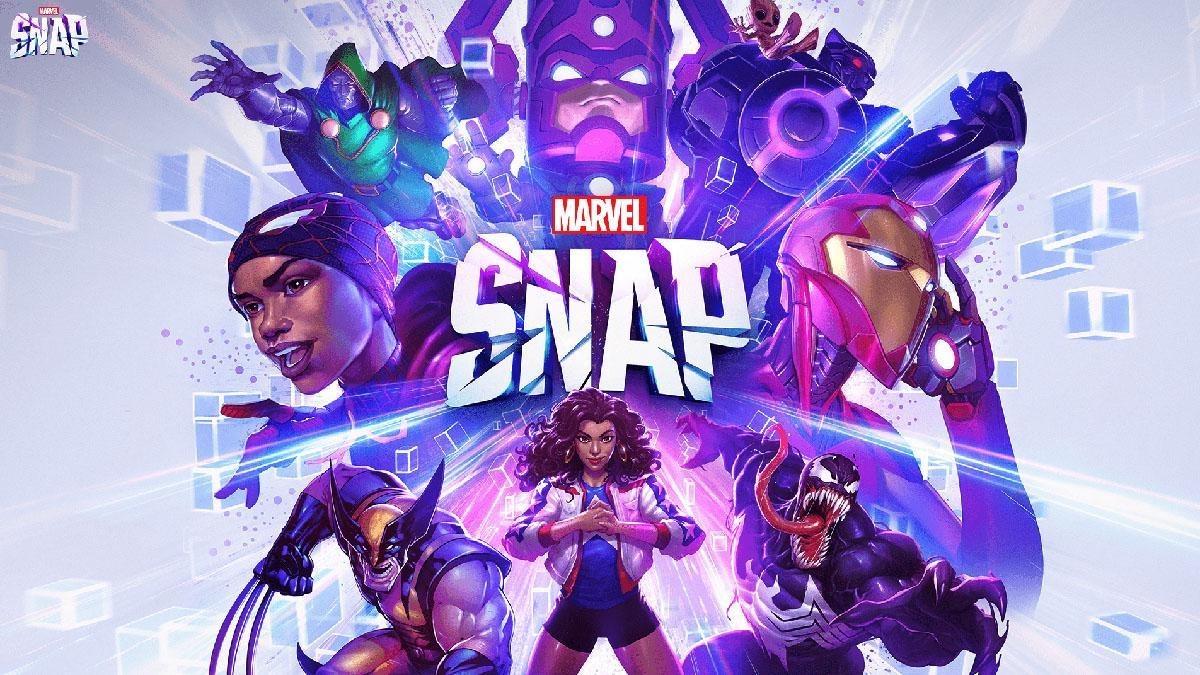 When I think of mobile gaming I think of two things. The crowd booing the Diablo devs at Blizzcon 2018, and my mum playing Candy Crush on her tablet. Imagine my surprise, then, when a mobile game became one of the most fun gaming experiences I’d had in years.

Marvel Snap is a free-to-play collectible card game in which players build decks of 12 cards and then play each other in 1v1 matches to climb a ranked ladder. Each card has a cost (how much energy you must expend to play them), and a power. The energy available to you each turn increases with the round, to up to six in the final, sixth round. Across the three locations in a game, whoever has the most power at the majority of these locations at the end of the final round emerges victorious. Many cards also have special abilities, and this is where the real fun comes in. Some of them seem randomly assigned, but a lot are truly flavourful and accurate to the characters’ powers in the comics: Invisible Woman hiding your cards from view, Nightcrawler being able to teleport from one location to another, Bucky being replaced by The Winter Soldier when he’s destroyed.

The “Snap” part of the title refers to the social side of the game – the aspect which I believe elevates Marvel Snap above similar games. Each player has one opportunity to double the number of cubes (the units of progress on the ranked ladder) at risk, with a maximum gamble of eight cubes – a truly devastating amount to lose in a single game. There is a level of bluffing involved in this, as there is a retreat option akin to folding in Poker, so a technically hopeless game is always winnable if you can convince your opponent you’ve got it in the bag.

While niche favourites like Fantomex obviously weren’t included at launch, I am impressed by the depth and breadth of Marvel Comics characters included in the game. Too often Marvel properties focus on the characters people know and love from the MCU, which is understandable, but by including characters who are yet to make it off the page (White Tiger, Rockslide, Kazar, etc.) this game firmly stands its ground as something made primarily by and for comic book fans.

One thing I wish it included was some sort of buff to reward comic-accurate teams. Currently some of the best combinations in the game are characters who have no story interactions whatsoever – Bucky and Deathlok, Patriot and Ultron, etc.. As a comic book fan I enjoy the matches much more when I’m playing characters I know and love, namely the X-Men. Some sort of bonus for playing a deck consisting entirely of characters with the same team affiliation would be much appreciated, personally.

Possibly my favourite thing about the game is how short the individual matches are. The turns happen simultaneously, so you’re never waiting on your opponent for too long, and with just six rounds (each of which can be over in just a few seconds), you can play one while the kettle boils. On the other hand, you can take a little longer with your turns. Either to really think about it or because your attention is split. I have found the rather bizarre effect that I’m actually reading more now. I can sit with a book, glance over every few sentences, play my turn in just a few taps, then get back to reading. I’m not going to claim that I’m doing either as efficiently as I would if one was my sole focus, but it certainly feels more productive (and less embarrassing) than letting a mobile game fully immerse me for several hours at a time, which Marvel Snap is more than capable of doing – at least to me.

Playing the game provides currency which can be spent on upgrading cards purely aesthetically, and doing so increases your ‘collection level’, climbing a ladder with milestones that give various rewards, including new cards. If this system of frequent rewards and the abundance of possible playstyles wasn’t enough to keep players interested, the game also sports frequent balance patches, updates to animations and voice lines, daily missions, season passes, and rotating featured locations, as well as limited-time shops for variant card art and cards themselves. The season pass includes a very strong card each season, so there have been accusations of it being pay-to-win. This can seem true when you consistently lose to decks containing certain cards, but they do become available via the regular unlocking system after a few months, so you don’t miss out permanently by being frugal. Considering it’s a free-to-play mobile game with zero advertisements, I for one won’t be complaining.