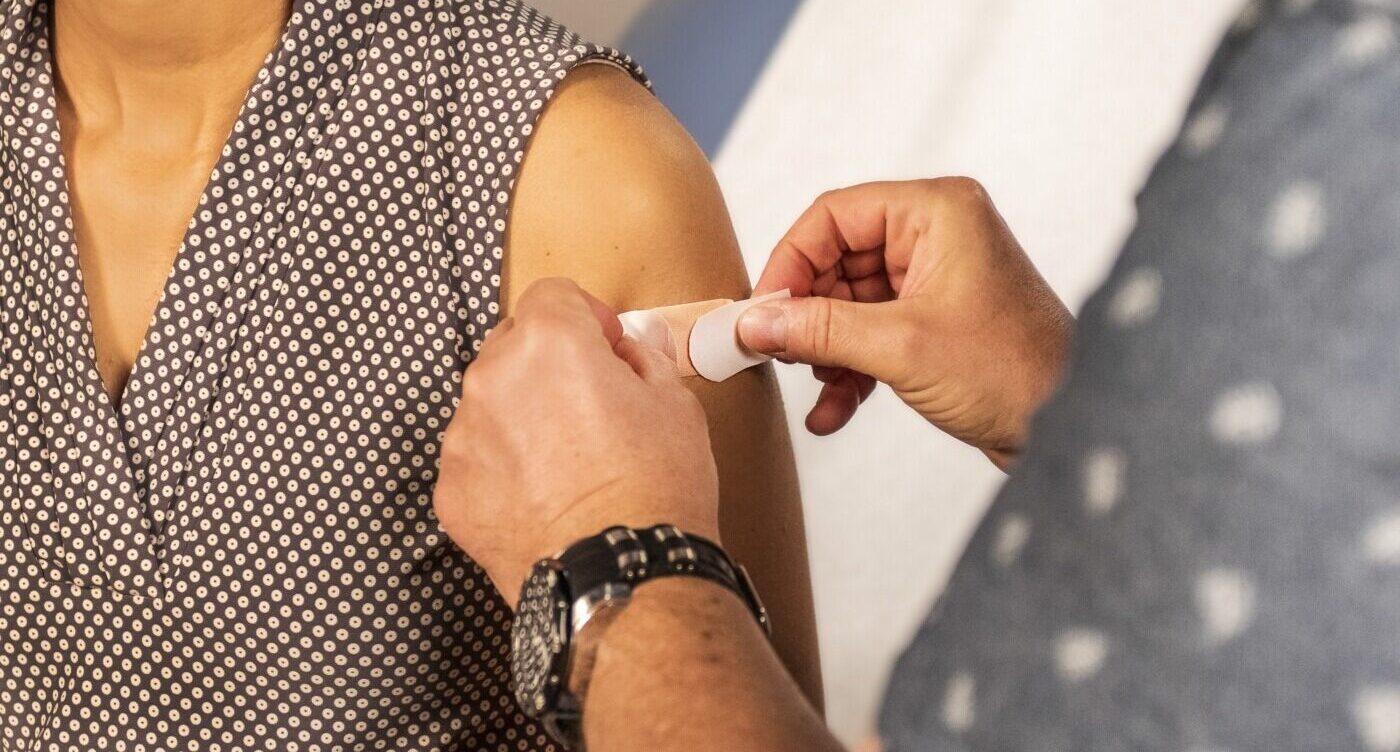 The potential for a universal influenza vaccine

Winter is in full swing and it’s that time of year again when everyone is getting ill! In an attempt to avoid this situation, many of you will have had your annual flu jab and maybe some of you have wondered why you keep needing boosters.

The ‘flu’ is caused by a virus called influenza which includes a wide range of mutants or strains that cause respiratory infections in a range of animals. Influenza A and B are genetically adapted to infect human airways and cause the nasty symptoms we associate with flu such as fever, coughing, and congestion. Usually, these symptoms only last a few days because non-specific or ‘innate’ immune cells in the blood are able to identify infected cells and alert specific immune cells to destroy them. Our specific or ‘adaptive’ immune response includes T cells and antibodies which kill or neutralise infected cells and remember features of the virus so that a much faster immune response will prevent re-infection, before you even get the sniffles.

The specific immune system recognises and remembers viruses or bacteria by identifying patterns, called ‘antigens’ such as the proteins or genetic material of the infecting agent. This is often a sequence found on the surface of the microbe since this is the part exposed to the immune system. Vaccination can also induce immune memory by mimicking the infection, either by introducing a dead or weakened version of the virus, or just the antigens themselves. However, it is difficult to identify the antigens that will induce the most long-lasting and specific memory and there are a few different methods for getting them into the body. For example, conventional flu vaccines are grown in chicken embryos and introduced in fatty particles (lipids), or in another virus ‘backbone’ which cannot infect or replicate, but enter cells and therefore induce the immune system.

The antigenic targets used for influenza vaccines, haemagglutinin (HA) and neuraminidase (NA), are part of the outer-facing proteins. The problem with influenza is that these antigens are constantly mutating, so every time the immune system remembers an antigen, it changes. There are two main ways this can happen: antigenic drift or antigenic shift. Antigenic drift is when a small number of changes occur over time, for example, random mutations. This causes flu ‘seasons’ where the immune system is slow to recognise new antigens. On the other hand, antigenic shift occurs as a result of sudden and major mutations. A common cause is recombination, where more than one strain of influenza infects the same cell, and segments of genetic material are swapped, creating a whole new mosaic strain. This can cause an animal-infecting strain of flu to become adapted to humans for example, which is what happened during the swine flu pandemic in 2009.

As a result, influenza is described as a ‘moving target’ by those trying to design a vaccine against the flu. Usually, scientists will attempt to predict the strain of influenza which will infect the most number of people and vaccinate against this strain in a given year, which is why there is an annual flu vaccine drive. There is an ongoing effort by influenza vaccine researchers to find a ‘universal’ vaccine that could protect against all known strains of influenza and cross-react with any potential new ones which could come into circulation. Often introducing multiple antigens in one vaccine is difficult due to size constraints and leads to no response or overstimulation of the immune system.

However, vaccines have been improving and Covid-19 vaccination research yielded a new type of vaccination method based on mRNA used by Pfizer-BioNTech vaccines. mRNA is the genetic code for proteins and is made up of nucleic acids, like DNA. Therefore, we can avoid introducing weakened versions of viruses into the body and just provide the instructions to cells to make the specific protein that the immune system needs to recognise and remember to deal with the real virus.

A group from Pennsylvania University has used this type of vaccine to vaccinate mice with multiple antigens predicted to immunise against 20 strains of influenza. 80% of vaccinated mice survived infection with influenza and produced antibodies specific to all 20 of the influenza strains for up to four months after vaccination. This was compared to mRNA vaccines made with individual antigens which protected all exposed mice.

This study offers new hope that a universal flu vaccine is possible. However, as it stands, it is still more effective to vaccinate against one predicted strain of influenza, as long as the predicted strain is correct and isn’t replaced by a new or more dominant strain during a given season. The study relied on HA antigens only, however, there are other antigens that are sometimes better for immunisation in other parts of the virus. We also need to see if the same outcomes can be replicated in humans and how long immunity is induced for. More, the vaccine would need to help protect against unknown strains of influenza for it to be truly universal.

The new vaccine does offer hope for an mRNA-based vaccine against influenza, which would incorporate more information and be much quicker to produce. The study was also conducted on ferrets, which as larger mammals, help to solidify the potential of the universal vaccine in humans too.