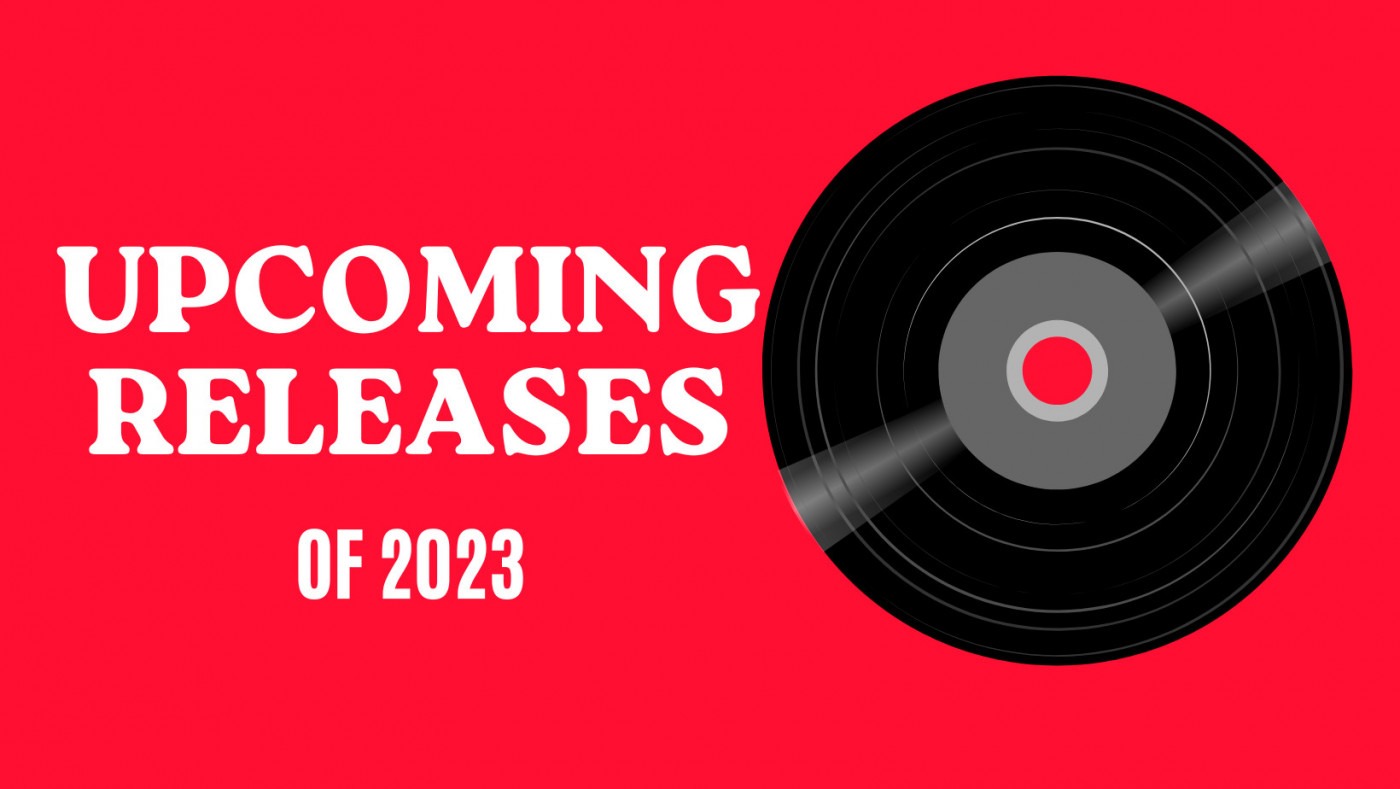 The most anticipated albums of 2023

2022 was an incredible year for music, with new artists breaking through with fresh releases like Ethel Cain and Fred again…, and long-time legends returning from the shadows with excellent records, like Kendrick Lamar and The 1975. Based on the slate of confirmed and unconfirmed releases for 2023, this year promises to keep the streak running. Here’s a list of the most anticipated new releases this year, ranging from confirmed and on their way to me just manifesting new music from some of my favourites.

It seems like every year since 2018 I have prayed to every God that I know that Frank Ocean ends his long-term music hiatus. Since the instantly iconic Blonde was released in 2016 and embedded itself in the minds of millions with its melancholic and nostalgic lyrics, and Frank’s incredible production, fans have been starved of not only new music but any public image of Frank at all. This year had me more optimistic than ever, with the promise of Frank stepping out of the shadows with a headlining spot at Coachella in April. Surely this means he will release another incredible album after a full 7 years of silence. Right? My mental health depends on it.

Paramore – This is Why (February 10th)

A confirmed release coming in February, Paramore’s newest album promises to continue Paramore’s standard subject of anxiety, frustration, and despair, this time in the background of a global pandemic. Based on the three singles currently released, it seems frontwoman Hayley Williams has stepped back from the bubble-gum pop style of their 2017 album After Laughter, moving towards funkier indie rock. Regardless of the album’s direction, it’s an exciting time to be a Paramore fan.

Lana Del Rey is simply one of the most influential and iconic figures currently making music. Following on from a bumper 2021 where she released two highly successful albums, Lana returns in March with a new album, once again produced by pop music’s favourite white boy Jack Antonoff. While none of Lana’s more recent efforts have impressed me quite like her 2019 album Norman F**king Rockwell, a promising first single and the promise of a feature from the incredible Father John Misty, I have high hopes this new record can live up to the hype. It’s a dumb title though.

The American indie rock supergroup comprised of Phoebe Bridgers, Lucy Dacus, and Julien Baker is reportedly returning with another record after their self-titled EP in 2018. With a spot at Coachella already confirmed, and the stock of its members higher than ever, a full-length album from the group seems inevitable.

Pink Pantheress exploded onto the scene in 2021 with short catchy tunes that defy any easy categorisation, taking inspiration from pop, indie, hip hop, and drum and bass. After ending 2022 with a discography comprising of a scattering of singles and a 2021 mixtape, fans hope her debut album with finally release this year. The London-based singer also promises more work with Canadian producer KAYTRANADA, which is such a perfect stylistic match that I can’t quite believe it’s real. Will she stick the landing with one of the most anticipated debut albums in years? With the talent and collaborators she has at her disposal, it’s hard to see how she couldn’t.

On his Instagram last year, J. Cole released what was essentially his retirement plan from the world of hip hop. He listed the three projects he was yet to release, those being The Off-Season, which was released shortly after, and two more projects, titled It’s a Boy and The Fall Off. It’s a Boy is expected this year, with Cole’s rapping skills as good as ever, proven by his stellar last album. But with the new generation of rappers pushing through, can Cole hang with the youngsters and release another classic, ending his career with a bang?

New York MC and fashion icon ASAP Rocky is expected to drop his long-awaited follow-up to 2018’s TESTING this year. After announcing the album was finished at a concert in December, fans’ excitement has gone into overdrive. A lot has happened since we last heard a full project from Rocky, such as a high-profile relationship, a baby with Rihanna, and an arrest in Stockholm which became a diplomatic nightmare, which eventually involved then-President Donald Trump. I’ve abandoned all hope for a Rihanna album in the coming year, but her boyfriend’s new music seems all but confirmed, ready to make another huge shift in hip-hop culture.

Beyonce’s 2022 album Renaissance came with a tantalizing sub-heading, Act I. Beyonce later confirmed that Renaissance was a three-act project created during the Covid pandemic, and the revelation set fans spiralling at the thought of another two projects like Renaissance. While some suggest the next two acts of this project are not music, but rather some kind of visual album as she has done in the past, I choose to look on the bright side. Get ready for another year of Beyonce dominating the dancefloor.

Rap artists JPEGMAFIA and Danny Brown have carved their own lanes in the hip-hop landscape with erratic and frustrated music filled with chaotic production and subject matter usually surrounding substance abuse. It’s a miracle the two’s paths haven’t crossed more as their styles are so similar. Last year they announced their joint tape, called Quaranta, promising to fill mosh pits all year long. Although both tend to delay their projects, so this project may not ever see 2023, or ever see the light of day at all. This is an optimistic outlook for 2023, and the year would be better with Danny Brown and JPEGMAFIA in it.