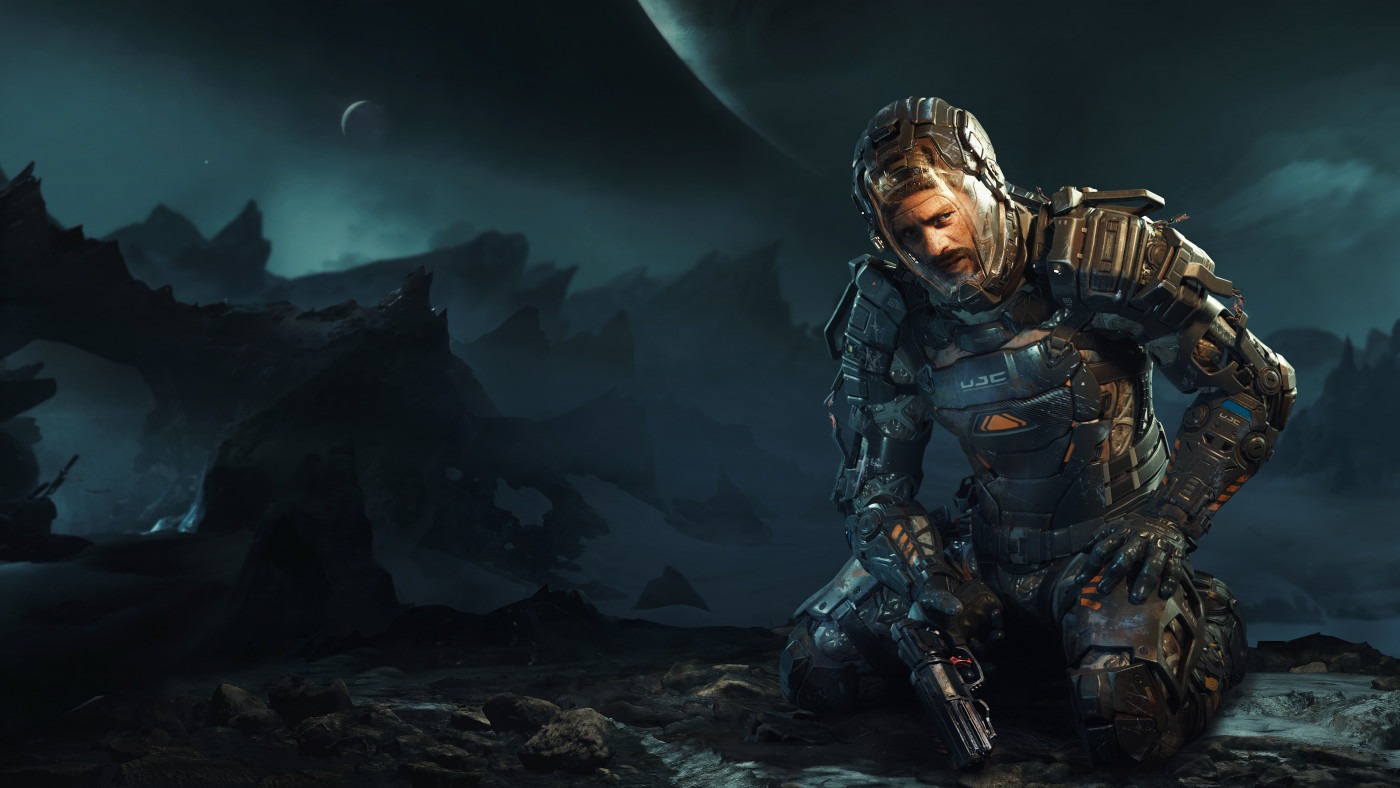 As I slowly trudged through the halls of Black Iron Prison, repeatedly pressing R2 in order to keep my stun baton unsheathed while watching out for hidden enemies and face-hugging quick-time events that served no purpose other than to drain my health, one thought often came to mind: “I can’t wait for the Dead Space remake to come out later in January.”

It’s a shame, because it isn’t as easy as just calling The Callisto Protocol a weaker Dead Space and writing it off. The Callisto Protocol does have some really positive qualities, including bringing a genuinely unique approach to combat. For a survival-horror game, The Callisto Protocol is strangely focused on melee combat in a way that few others in the genre are. In something like the Resident Evil series, knives exist only as a last resort (either extremely ineffective or a consumable resource to prevent death) and this leads the player to dread running out of ammo. In The Callisto Protocol, you’re encouraged to use your stun baton first and foremost, mainly using guns to string together its strange combo system, or for handling groups of enemies that would be untenable hand-to-hand. This combines with a surprisingly low-effort dodge mechanic to give even individual fights a sense of weight as the camera focuses intensely on every move the player makes. Is it a perfect system? No, but it’s certainly novel, even if its combination with health drops from every other enemy can ultimately undercut the element of survival in this survival-horror game.

This gore is also a standout boon of the game. For lack of a better descriptor, The Callisto Protocol is a very wet game, and it’s absolutely delightful. Melee combat results in enemies slowly morphing form as players hack away at different limbs. Outside of melee, enemies explode into fountains of gore, especially once the player unlocks the ability to telekinetically throw them into the array of meat grinders and spikes that litter every chapter. This is to say nothing of the player deaths, which are each painstakingly animated to show some cruel and unpleasant demise. Death doesn’t feel like such an annoyance when each is accompanied by a nice little vignette. They may repeat a bit too frequently, but luckily the game is short enough that as long as you don’t find any one section which you can’t get past, you shouldn’t experience so much repetition as to make it unbearable.

Ultimately, it’s just lacking something special to make it stand out

As I mentioned in the beginning, though, all this good still has to live in the shadow of Dead Space, and it pales in comparison; in acting as a spiritual successor, The Callisto Protocol essentially buries itself. While the enemies are enjoyably unpleasant, they still come across as very generic, standard mutated human/zombie fare split into the archetypes you’ll recognise from countless other horror games (normal one, ranged one, big one, etc.). They’re certainly no necromorphs, and where in Dead Space removing limbs made for both aesthetic enjoyment and gameplay benefit, here it just isn’t the case. The infected inmates essentially act just the same whether limbs are missing or not, a mechanic ported over just for the sake of visual spectacle and nothing else.

The story also fails to create nearly as interesting a world as Dead Space. The lore you uncover through skippable audio logs all feels as if it was written by an AI trying to churn out a sci-fi horror plot. There’s room for cliches in all stories – indeed, it’s how we build them – but from roughly the second chapter in, you could see exactly where the whole thing was going, the only surprise being a thoroughly insulting cliff-hanger that seems to set the stage for DLC to come later this year. It’s perhaps more frustrating because the game hasn’t really set up any grander mysteries to be solved over the course of subsequent add-ons or sequels, and if the DLC only serves to answer the last-minute question posed by the main game, I predict it will be a rather bland second outing for this world.

Ultimately, I can’t go as far as to say The Callisto Protocol is bad, as I think that would be unfair to it overall – but it’s just lacking something special to make it stand out. Its best elements were done better by its predecessor, and the unique things it brings to the table, like its combat, while interesting, seem to work against its attempts at horror.