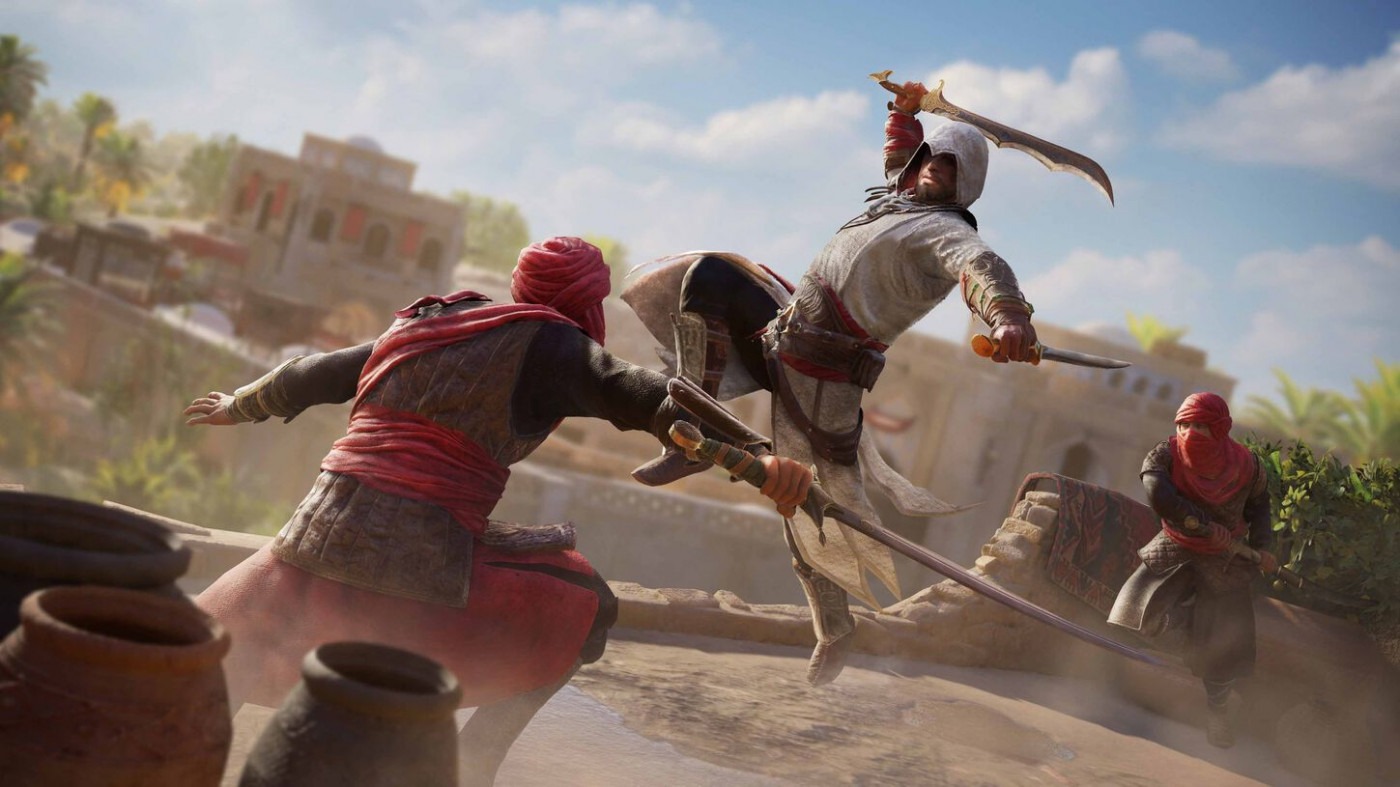 2022 was undoubtedly a strong year for gaming across genres. Whether it was exploring the lands between in FromSoftware’s hugely successful Elden Ring, fighting against the undead (and many other) armies in Warhammer III, or slaying mythic beasts in God of War Ragnarök, one thing is clear – 2022 will be hard to beat…

With that said, 2023 is already looking incredibly promising, with an array of hugely anticipated titles set to be released over the coming months. In this article, I present five games that you won’t want to miss out on over the coming year…

A step into the Wizarding World…

Although growing up I was always more interested in lightsaber duels, space battles, and Jedi, even I must admit that Hogwarts Legacy is a game to look out for over the coming weeks. With under a month to go before release, Hogwarts Legacy is set in the world of Harry Potter and includes the iconic locations of Hogwarts, Diagon Alley, the Forbidden Forest, and more. Designed as an open-world action RPG, expect to immerse yourself in the world of magical creatures, flying broomsticks, witchcraft and wizardry.

Although a lesser-known title, Black Myth: Wukong is an upcoming action role-playing game by Chinese indie developer Game Science. While little information is available aside from some awesome-looking trailers, the game is said to have been inspired by the 16th-century Chinese mythology novel Journey to the West.

With Souls-like combat, those up to the challenge look to take on a series of particularly interesting-looking, ancient-themed bosses – only this time as the infamous Monkey King. And who knows, perhaps we will be able to shapeshift, carry the weight of mountains, and move with the speed of a meteor just like in the legends!

Expected release: Although originally anticipated for 2023, it has just been confirmed for summer 2024

3. The Legend of Zelda: Tears of the Kingdom

A sequel to Hyrule’s most successful adventure…

Now I will reluctantly admit that I have never played a Zelda game. But with that said, I have only ever heard good things! Therefore I am putting Nintendo’s next release, The Legend of Zelda: Tears of the Kingdom, at number three of this year’s games to look out for.

With the extensive help of the internet, Zelda: Tears of the Kingdom is rumoured to be “set in the skies above Hyrule” and is said to include a series of exciting new weapons and powers. If you have a Nintendo Switch, this is likely to be a must-have.

A futuristic, space-themed RPG promising over 1000 planets to explore…

Brought to you by the same developers that made the Elder Scrolls and Fallout games, Bethesda Studios are back in 2023 with Starfield. Announced all the way back in 2018, the game is set to be the first new universe created by the studios in 25 years.

It’s set in the year 2330, where humans have begun to venture, settle, explore, and live among the stars – although perhaps not peacefully. Twenty years on from a massive colony war between two primary factions (the ‘United Colonies’ and the ‘Freestar Collective’), players join a group of explorers called ‘Constellation’ as they look to navigate the universe in search of valuable artefacts. With ship customisation, crafting, research, and a quest line that is said to be up to 20% larger than Skyrim or Fallout 4’s, we get the chance to explore a world made up of more than 100 solar systems with over 1000 planets. With out-of-this-world expectations (I had to get a pun in somewhere), we can only hope Starfield lives up to them!

Expected release: First half of 2023

So maybe I’m just a sucker for the Assassin’s Creed games following Odyssey and Valhalla but regardless, I am particularly looking forward to Assassin’s Creed Mirage. Said to be a return to the series’ roots, Ubisoft’s Assassin’s Creed Mirage is set in 9th-century Baghdad, at the time one of the world’s leaders in art, science, and commerce. Players will get to relive this through the eyes of the young orphan, Basim, who we first learnt of back in 2020’s Valhalla.

While we are yet to see actual footage of the game, developers have recently revealed a move back towards the more character-driven stories of past games. Although what this means exactly is yet to be seen, what is cooler than being able to explore ancient Baghdad while being part of an underground clan of assassins?

Expected release: To be confirmed

Although these have been my top five games to look out for, there are a bunch of other games that could have easily made the list including Ark Survival Evolved 2, Star Wars: Jedi Survivor, Forspoken, Diablo IV, and Hollow Knight: Silksong – to name a few. With such a variety of new games cutting across all interests and genres, 2023 looks to be an exciting year for the world of gaming.

Agree? Disagree? Let us know what you think in the comments!