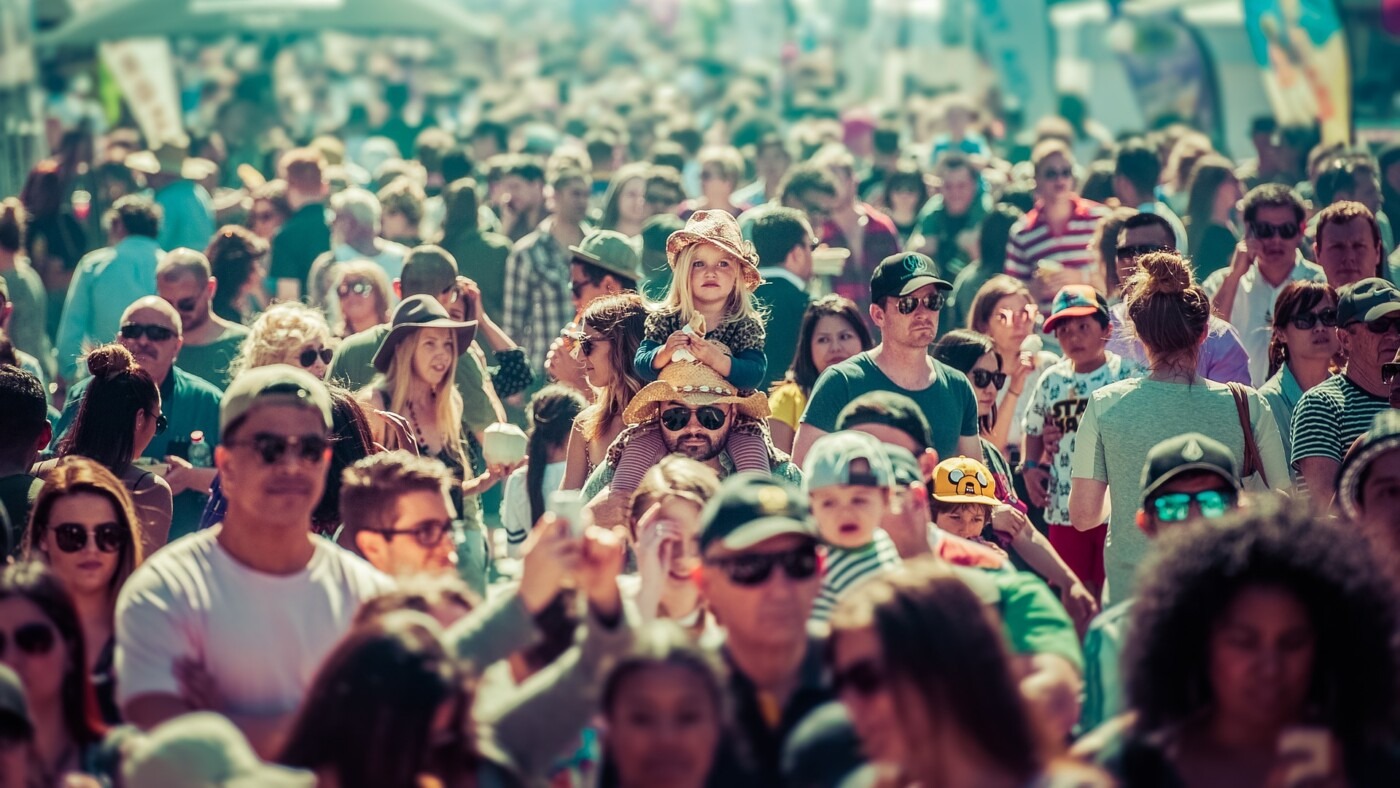 On November 15 2022, the eight billionth child is predicted to have been born. The United Nations (UN) marked the occasion as ‘The Day of Eight Billion‘, with many seeing it as a sign of human progress and survival. However, despite the celebration, some feel that the growing human population is burdening our planet’s resources. Is the Earth reaching full capacity?

A hundred years ago, our planet accommodated just two billion people. It is a combination of high fertility rates and a drastic reduction in the death rate that has fuelled the exponential growth of the global population ever since.

The UN estimates a peak of 10.4 billion people in 2086 at which point growth will stop

The 20th century brought major advances in science and technology that transformed economies and lifestyles. Industrialisation accelerated agricultural productivity and improved nutrition and sanitation, while medical discoveries such as immunisation and antibiotics drastically improved healthcare. The result was an increase in life expectancy and lower child mortality rates.

Though the overall population will continue to rise, the rate of population growth is expected to slow down. According to the UN, countries that are home to around two-thirds of the world’s population have fertility rates below replacement level. This is due to a cultural shift towards having fewer children, with many countries, including the UK, seeing their populations age. Because of this and high emigration rates, some of these nations will see a population decline over the coming decades.

The same prognosis cannot be assumed for the world’s poorest nations, where disparities remain. High fertility rates persist in these regions due to the unwavering customs and expectations that marginalise women, like child marriage.

Reductions in fertility rates reflect increasing access to birth control and progression in women’s sexual and reproductive rights. Educating and empowering women and young girls allows them to make informed choices of their own.

Because of high fertility rates, low-income countries will experience a shift in their population distributions, with the proportion of those between 25 and 64 years of age increasing. This population age structure is highly favourable for development and enables countries to achieve a demographic transition, where births and mortality decline alongside accelerated economic growth. It is a window of opportunity that must be seized before it is too late. Sufficient investments in education, health, and employment are required to drive this change.

The cumulative effect of these changes on global population growth may only become evident in the second half of the century. An equilibrium must be achieved and maintained to avoid future problems, as lower fertility rates and ageing populations may have other implications like a shrinking workforce and greater dependency.

There is some debate on what the future will look like, with experts disagreeing on their estimations of the future population. The UN estimates a peak of 10.4 billion people in 2086, at which point growth will stop. Regardless of the exact number, the projected increase has highlighted existing barriers to progress that must be urgently addressed. Can the planet support this many people?

Our human footprint is driving the destruction of our own life support system. An increasing population means an increasing consumption of the planet’s finite resources. What is more pressing is that the resources we have today are not distributed evenly, with millions living in hunger. Demographic changes will only exacerbate the pressures on the planet and the threats to our survival. The focus must be on eliminating inequality and food insecurity whilst also minimising the risks presented by climate change and diet-related public health problems.

Governments must prepare interventions that address the opportunities and challenges presented by the population forecasts. For developed countries, this would involve adapting current policies to an ageing population.

Uncertainty lingers, but the possibilities of a thriving and prosperous planet require a global commitment to moderating our production and consumption of resources. The vision of a healthy future depends on the choices we make today.