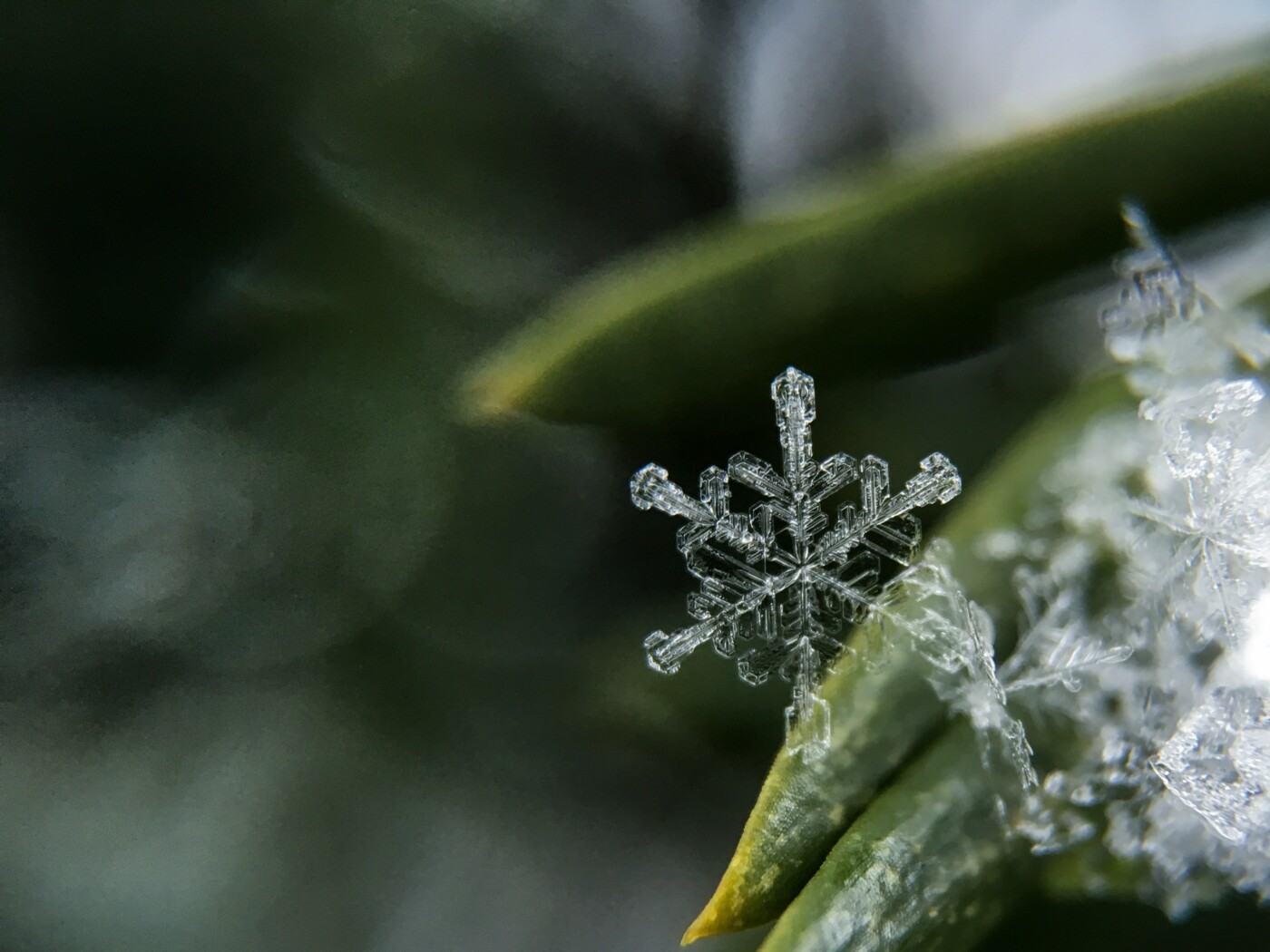 The science of snowflakes

Is it true that no two snowflakes are the same? Well, the answer is yes! Every snowflake is beautifully intricate and unique, and the reason for this is one which can be understood with a little bit of background knowledge about how snowflakes are formed. Snowflakes go through their own personalised journey just like you and I, which shapes them – literally.

It begins when the water vapour in the cold air condenses to form ice during a deposition process (where the liquid phase change is skipped) and it does so around a small dust-like particle. The two different processes of condensation contribute to dictating part of the snowflake’s overall shape. The first process results in formation of facets which are essentially flat faces. The second way is responsible for causing branches which arise when water vapour condenses on bumps on the surface of the particle which can grow and continue to catch water vapour. The snowflake will undergo facet and branch formation simultaneously or can switch between them, and in this way, it grows. So is this the reason why snowflakes are unique? Actually, there’s more to it than you may think!

Snowflakes are not fractals but fractal-like

The reason that each snowflake is unique is due to the aforementioned personalised journey. In the clouds, the snowflake will be blown back and forth and up and down, exposed to different temperatures and moisture levels, and it’s the exposure to different environmental factors that contributes to shaping each snowflake. Changes in humidity and temperature, and how long these changes last for, along with the frequency of random collisions, mean no two journeys will be the same, so as a result, no two snowflakes will be the same either.

What’s also interesting is that each snowflake is symmetrical. The ice crystals that constitute the snowflake are symmetrical because they reflect the water molecule arrangement in ice, to form a six-sided snowflake. Each of the six arms can branch off in new directions, but each will be exposed to the same conditions so will be the same in appearance.

This leads on to a debate – are snowflakes fractals? For anyone who doesn’t know, fractals are geometric shapes that display similarity through the full range of scale. An easy way to visualise this is a triangle made of triangles, where each one is made of triangles (all equilateral of course) and so on. The truth is that snowflakes are not fractals but fractal-like. Each branch on the snowflake contains self-similarity but the pattern doesn’t continue endlessly, there is a limit to how many times it repeats. Having said this, there is one famous snowflake that is fractal called the Koch snowflake, but this is not a real snowflake.

There are many examples throughout nature which also display fractal-like geometry. We encounter fractals every day without even realising, one of them being trees. Each branch of the tree develops its own branches, the angle of the branches are the same, and a repetitive Y shape can also be seen throughout. This design is vital for optimising sun exposure to the leaves and preventing top branches from blocking lower ones.  Interestingly, another example of a fractal is the human lungs which are thought to resemble trees! Other fractals include pinecones, the pattern of sunflower seeds (which are also related to the Fibonacci sequence), ferns, rivers, succulents, and lightning strikes to name just a few.

So, snowflakes like other occurrences in nature display a complex geometry, which even to this day, is still not fully understood. It’s the path each of these snowflakes takes that contributes to its shape and in this way, they go through their own unique journey and encounter their own changing circumstances just like you and me, meaning no two routes are the same and no two snowflakes are the same either.