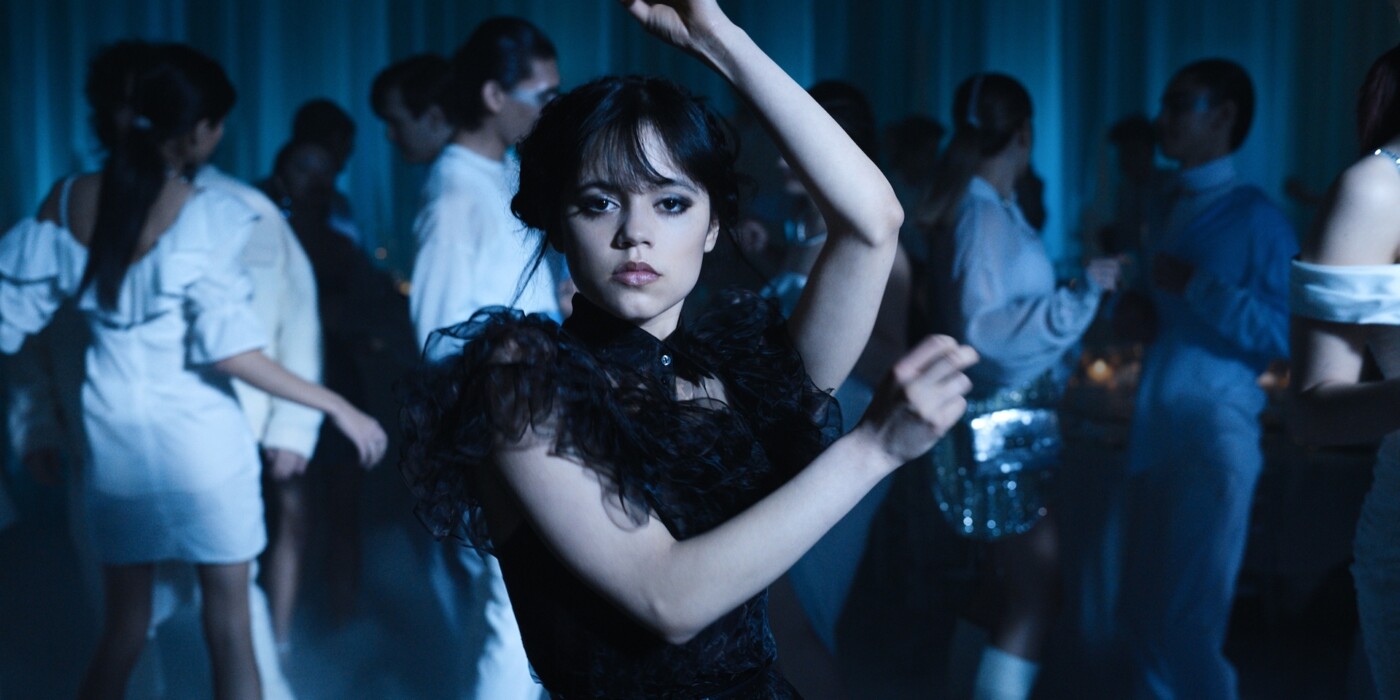 The Facade of Acceptance: Onscreen vs Offscreen

The new show Wednesday was released on Netflix in November, immediately blowing up over various social media apps, like Instagram and TikTok. The famous ball dance scene has been shared and posted by thousands of TikTok and Instagram users, gaining considerable attention and highlighting the best component of the show’s latest episodes.

The show is a modern remake of the classic character “Wednesday” from The Adams Family franchise. Millions of Netflix users have been hooked by the fantasy-like plot with “outcasted” or subhuman characters. The show has gained so much popularity that it is on the path to surpassing both Stranger Things and Squid Game as the most-watched show on Netflix.

What is particularly interesting is the fandom’s admiration for Wednesday’s personality. Her character has been immensely praised online, with viewers claiming that they relate to her, find her a “mood,” or idolize her odd behaviours. This includes her personal style, witty comebacks, and unique hobbies.

While Wednesday is portrayed throughout as cold-hearted, goth-like, and even sociopathic, she attends regular therapy sessions to navigate her life and psychic abilities. In this way, the show can be praised for displaying these very authentic human experiences attached to a fictional character.

Despite the overwhelming praise for Wednesday and her notable strength of character, Wednesday displays the many traits and mannerisms people offscreen have been bullied and ridiculed for daily. There is an ever-so-evident trend of praising characters on screen for things we mock and look down on in our real lives.

Why do we praise people onscreen for the same characteristics we look down upon offscreen? Do we deem events and characters differently because they are fictional? Has the screen acted as a barrier for no judgment?

A possible explanation for our acceptance of expectedly bullied characters on TV is our understanding of their fictional nature. Viewers process and understand feelings very differently when viewing compared to how they know and deal with offscreen people. As we watch a show, we completely let go of any bias we carry while observing entertainment. People watch TV shows with a more open mind, which is paradoxical to our mindset in our everyday lives. While a TV show can be fictional or even fantasy-like, like Wednesday is, we treat it as such, regarding even the most “flawed” parts of the characters as fictional and therefore not subject to our human biases.

This is different from our understanding of everyday people who may have the same personality, mental health struggles, or even psychic abilities as Wednesday. We would judge them and process them very differently. We subject our understanding of people with very real biases and mindsets, which is a sad reality and an ongoing cycle.

Not only do we process onscreen characters differently, but also we go out of our way to idolise or even sympathise with them. For instance, the Oscar-winning movie, Joker, has not only been met with sympathy from the audience since its release in 2019, but also the audience went as far as idolising Joker’s mental struggles and harsh upbringing. Romanticised were the harsh realities that explain the rare disabilities and mental illnesses that he suffered in his adult life. Often recreated are Jokers’ scenes of descending into madness engulfed by his decades of prolonged mental pain and suffering.

The Joker adaptation clearly portrayed the mental state and disability that led to Joker’s eventual spiral into ‘evil’. However, also tackled was the offscreen facade of acceptance as many references to being judged by members of society were made throughout. The Joker ridicules the audience members, displaying scenes of Joker confessing to being heavily judged and mistreated by society for his visible disability throughout his entire childhood and adult life. The Joker adaptation’s hype and praise perfectly illustrate society’s immense hypocrisy in praising what they refuse to understand when witnessed offscreen.

The Netflix show Wednesday, and Joker adaptation, display protagonists who have some form of mental illness or neurodivergence. However, they are still praised by an offscreen audience. The way their characters’ communities see them as “outcasts,” “freaks,” or “sociopaths” is the way offscreen societies deem people who resemble Wednesday or the Joker. We cannot deny the problematic and unrealistic praise and sympathy of onscreen characters, especially when it is not the case offscreen. This displays the TV audiences’ hypocrisy when we see floods of acceptance of “flaws” and mental illness when that does not match their real-life perception or how they treat other people. The onscreen vs. offscreen facade will forever exist in TV and social media unless we take a hard look at ourselves and what we believe and accept to be iconic vs ‘weird’.