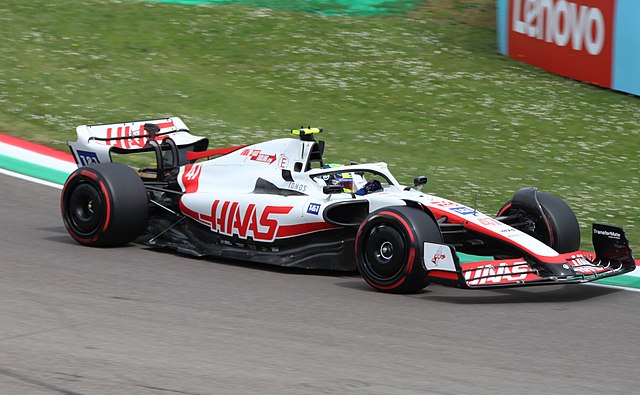 When your father is Michael Schumacher, and you’re entering the world of Formula One, expectations are naturally going to be high. As the born heir to a legendary driver and seven-time world champion, your moves within the sport will be put under intense media scrutiny. This increased coverage has no doubt hampered Mick Schumacher’s time in F1 with Haas.

However, it must be noted that Schumacher has looked somewhat out of his depth in the top division of racing, regardless of the microscope his performances have been put under.

In two seasons with the American team, Schumacher has failed to impress. This year, he was outclassed by his teammate Kevin Magnussen, who out-qualified him 14 times to five, and Schumacher picked up fewer than half the amount of points of his fellow racer.

With a run of accidents and scary crashes, Schumacher has had his fair share of misfortune in his time as an F1 racer, but it seems Haas have written him off, instead calling Nico Hulkenberg, 35, back into the fold to replace him.

It’s been rumoured that Mercedes would consider the 23-year-old as a contender for a reserve seat should he remain without a spot on the starting grid at the beginning of the new season, though it should be noted that this is likely because of Mercedes’ relationship with Schumacher’s father, as Mercedes team principal Toto Wolff suggested that the team and the Schumacher family “belonged together”.

On Twitter, Mick Schumacher posted prior to the Abu Dhabi Grand Prix, to declare it would be his “last race with Haas F1 Team”.

He tweeted: “I don’t want to hide the fact that I am very disappointed about the decision not to renew our contract. Nevertheless, I would like to thank both Haas F1 and Ferrari for giving me this opportunity. Those years together have helped me to mature both technically and personally. And especially when things got difficult, I realised how much I love this sport.”

Despite this hefty setback, the young driver remains determined to race in Formula One, going on to say: “It was at times bumpy but I steadily improved, learned a lot and now know for sure that I deserve a place in Formula 1. The subject is anything but closed for me.”

Schumacher finished 16th in the driver’s championship– a far from strong showing, but certainly not disastrous all things considered. As he noted in his Twitter post, he did in fact steadily improve during his time with Haas. After a dismal start to life in F1, the German certainly picked things up as time went on, and he was far from the worst performer in this season’s world championship.

He was thrust into the limelight from very early on, and the additional pressure to succeed cannot have aided either his time with the US-based team or Haas’ decision to part company with him for the 2023 season. However, it seems ludicrous to suggest that Schumacher is not of F1 quality. He is some distance behind the leaders of the pack as things stand, but we will almost certainly see him make his return to the top of the motorsport game again soon.

It remains to be seen how Schumacher will be spending his time from now on, whether he takes up a reserve seat in F1 or seeks more experience elsewhere, but he will surely remain optimistic about his future prospects in the competition. We can look forward to his return now that he has been forced to learn things the hard way, and although it would be unjust to hold him to the extraordinary standards set by his father, we should not write Mick Schumacher off just yet.