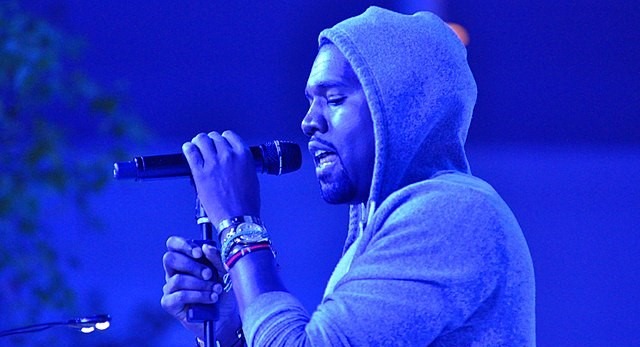 Let’s address the elephant in the room before we start; it’s not a good time to be a Kanye West fan. Kanye’s behaviour becomes worse and worse with every passing week. Opening Twitter on any given morning as a Kanye West fan feels as though Pandora’s box opens, and all manner of horrendous quotes fall out of that lunatic’s mouth. Even for his most hardcore fans, Kanye has become essentially undefendable. The last remaining feeble defence of Kanye’s actions, used across the internet as a last-ditch attempt to fight for him, has been: “But he made Graduation.”

Graduation is Kanye’s third studio album, released in 2007, completing his fantastic ‘College trilogy’ which brought the magical combination of huge critical acclaim and massive commercial success. The Kanye of this era struck a perfect balance of arrogance, controversy, and charisma, his persona being far easier to digest when he had the music to back it up. Kanye had appeared on the scene as almost the finished article; his first two albums were so refined and clean, and he had huge features like Jay-Z, Mos Def, and Nas. Kanye had also been behind the glass for years, producing for Jay-Z and Talib Kweli, and had refined his style for half a decade before finally being signed to a major label.

Kanye had perfected the art of sampling for rap production

With his first album in 2004, The College Dropout, he essentially created a new sub-genre, dubbed ‘chipmunk soul’. Graduation is the album where Kanye puts this style to its best use. The key to chipmunk soul was the use of the human voice as an instrument, which was as important as the drums or the synths. Kanye used the human voice everywhere in his mixes; he would sample it, chop it up, pitch it up or down, stretch, and contort, until it barely resembled its former sound, then stitch it back together. For Kanye, a human voice was more important to a beat than any other instrument, and most of his beats were built around loops of singing, chanting, or humming. Graduation takes a step forward in this respect, with not only more recognisable samples, most notably Elton John, Daft Punk, and a beautifully chopped Michael Jackson sample, but also focused on using synths that sounded like human voices. The use of these synths is a major reason why after 15 years, Graduation has aged the best out of Kanye’s early albums.

Kanye remains in his lyrical prime, with his rapping as strong as ever

Graduation is the magnum opus of the chipmunk soul era of rap music, a short lived but fondly remembered, and undoubtedly influential period for the genre. Kanye had perfected the art of sampling for rap production, and Graduation is a height that Kanye, or anyone else, would never reach again. Nowhere is this more obvious, or more effective, than in the album’s biggest success ‘Stronger’, built around Daft Punk’s ‘Harder, Better, Faster, Stronger’, a song so effective as the basis for a rap song, it’s hard to believe no one had done it before. Using a previously successful song as a sample is by no means a slam dunk hit, in fact it’s quite the opposite. Drake and 21 Savage just sampled another of Daft Punk’s hits, ‘One More Time’, on their track ‘Circo Loco’, and is a perfect example of how wrong sampling can go. The song is severely hampered by the recognizable sample, and it doesn’t help that the production itself absolutely butchers a perfectly good Daft Punk track. The sample is actively detrimental to the song, and Kanye avoids this pitfall with the expertise you would expect from an artist and producer of his talent.

By no means is the production the only draw of this album: Kanye remains in his lyrical prime, with his rapping as strong as ever, the braggadocious tone he had always taken now backed up with the success of his prior records. Kanye’s blind arrogance had been replaced with earnt arrogance, seen particularly on songs like ‘Homecoming’ featuring, for some reason, Chris Martin of Coldplay, and ‘Champion’, built around an incredible Steely Dan sample.

15 years on, the influence of Graduation continues to last, with artists like Lil Uzi Vert, 21 Savage, and Juice Wrld all crediting Graduation and Kanye as major influences. Despite Kanye’s persistent attempts to destroy his own legacy, it simply has to be said – the man can make one hell of an album.