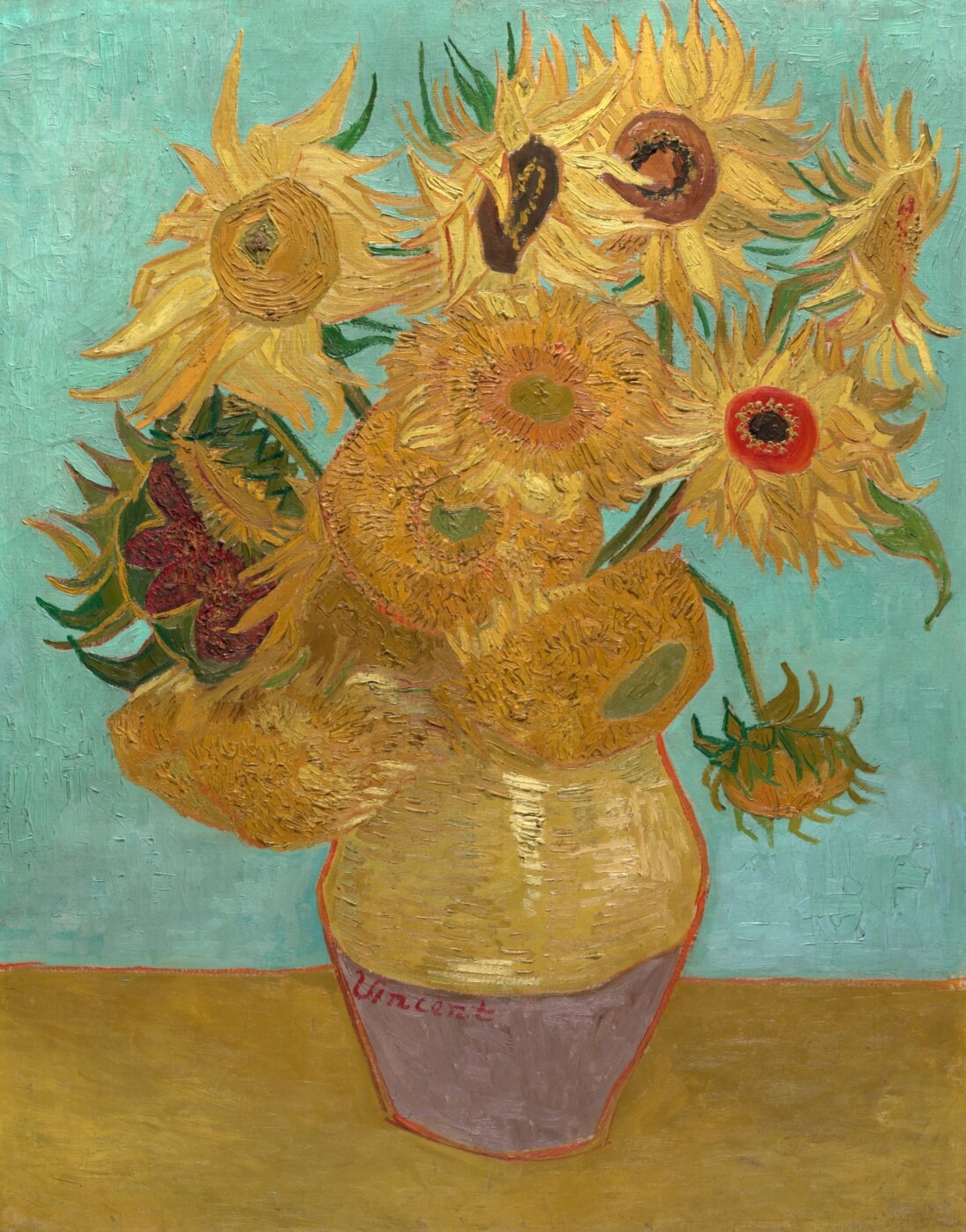 Art Attacks: Are climate change protestors going too far, or not far enough?

On 14th October, protestors from the Just Stop Oil movement made headlines when they threw a tin of tomato soup over Vincent van Gogh’s ‘Sunflowers’ in London’s National Gallery, before supergluing themselves to the wall below it. As security cleared the room, one of the protestors called out: “What is worth more? Art, or life?… Are you more concerned about the protection of a painting, or the protection of our planet?”

Perhaps anti-climatically, the painting was completely undamaged. Like all paintings in The National Gallery, it was protected by a glass shield. The protest attracted a lot of controversy, however, with many claiming that destructive protests of that style were more likely to alienate the general public than rally them to the cause. Despite this criticism, Just Stop Oil have stood by their actions, and even tried to ramp up their efforts. A more recent (and frankly baffling) protest on October 27th involved a member of the group pouring tinned tomatoes over himself, before then attempted to glue his own head to Johannes Vermeer’s ‘Girl With A Pearl Earring’. The group has also inspired at least one copycat protest, with members of German climate change protest group, Lezte Generation (literally: Last Generation), throwing mashed potatoes over Monet’s ‘Haystacks’ on the 23rd.

The spate of art attacks did not begin in October.

The spate of art attacks did not begin in October, however. The trend seems to have started over four months earlier, on May 29th, when an unnamed male protestor disguised himself as an elderly woman in order to smear cake on the face of Leonardo Da Vinci’s ‘Mona Lisa’ (also protected by a glass screen). The protestor was quoted as shouting into the crowd: “Think of the Earth! There are people who are destroying the Earth! Think about it. Artists tell you: think of the Earth. That’s why I did this.” On the 31st October, Artnet News posted a timeline of the fifteen art gallery and museum related protests carried out by climate activists over the past six months.

Supporters of the protests argue that such actions are necessary in order to gain attention for their cause. Human rights lawyer and climate activist Derecka Purnell tweeted after the soup incident, pointing out that the controversial protest had gained more worldwide attention than an earlier protestor’s attempt to spread the message by setting himself on fire in front of the Supreme Court. “Just curious about the appropriate tactics,” Purnell tweeted. “Because if the tomato soup idea was silly and alienating, and setting yourself on fire isn’t enough […] what are the options?”

Pheobe Plummer, one of the activists who threw the soup, has stated in an interview that the stunt was intended to raise awareness of then Prime Minister Liz Truss’s attempts to solve the UK’s energy crisis by increasing the extraction of fossil fuels. Plummer (who uses they/them pronouns) cited their identity “as a queer woman” as a reason for their strong belief in civil resistance. “The reason that I’m able to vote, go to university, and hopefully someday marry the person I love,” they said, “is because of people who have taken part in civil resistance before me.”

Detractors, however, have raised concerns about the protests alienating the general public and giving the cause a bad name. Climate scientist Michael Mann worried that the dramatic nature of the soup protest could cause people to “draw negative associations with climate advocacy and activism from such acts.” The worries are not unjustified. In videos of the protests, members of the public can be heard shouting derisively and calling for security while the activists try to deliver their message. French cultural minister Rima Abdul Malak spoke for many when she questioned the logic of targeting artworks in the fight against climate change, calling the protests “absolutely absurd”. In a statement, the Hague’s Mauritshuis museum (site of the attack on ‘Girl With A Pearl Earring’) said that: “art is defenceless and and we strongly condemn trying to damage it for whichever cause.”

The main issue with these protests is that they must be explained.

The protestors themselves have attempted to draw links between their actions and the cause. The activists who threw the soup were caught on video brandishing the empty tin after the act, stating that thanks to the UK energy crisis, families “can’t even afford to heat a tin of soup.” One of the protesters who attacked the Vermeer painting asked: “How do you feel when you see something beautiful and priceless being apparently destroyed before your eyes?… That is the feeling when you see the planet being destroyed”. He then clarified that the painting was undamaged and behind glass. Perhaps more honestly, Pheobe Plummer later admitted in an interview that the decision to throw the soup had been “a media-grabbing action to get people talking” and that Sunflowers had been targeted in particular “because of its notoriety.”

Arguably, the main issue with these protests is that they must be explained. A protest does no good if its point is subtle. Though the action of vandalizing famous artworks serves to grab public attention, the convoluted attempts to compare a brief publicity stunt to the destructive force of global warming often fail to keep it. The “can’t afford to heat a tin of soup” line especially feels like a stretch. The impression given is that the form of protest was most definitely thought up first, and the message then contorted to fit it, rather than the protest rising from the message itself.

When it comes to violent protests such as this, the protestors might only have a minute or two to say their piece before security intervenes. That time should be taken up with elaborating on what has already been said via the protest. These protestors, however, are noticeably having to fit their actual talking points around an explanation of what their protest means. These actions may be more effective at getting people’s attention compared to other forms of protest, but they are incapable of speaking for themselves after the protestors leave. Though Just Stop Oil have succeeded in provoking an international conversation, it’s a conversation about the ethics of vandalism as a form of protest, rather than the effects of climate change.

The protests would probably have been more effective if they had damaged the paintings permanently, though there’s a sickly irony in that fact. A damaged painting is a thing that lasts. It’s a blank space on the wall, a tear in the canvas, a mark on the paint. It’s funds and people dedicated to months of restoration. It sticks out and prompts questions— and therefore conversation— long after the initial damage is done. The removal of Van Gogh’s ‘Sunflowers’ from the world would be a tragedy, but Just Stop Oil is not wrong when they point out the tragedy already being carried out all around us.

These attacks on art are intended to create a sense of urgency in the citizens of developed nations.

On the same day that ‘Girl With A Pearl Earring’ was attacked, leading climate scientist Prof Johan Rockström stated in an article for the Guardian that the crisis has reached “a really bleak moment” and that we are close to “irreversible” damage. The global south is already feeling the effects, with mass floods hitting Pakistan, Bangladesh and Sudan this year, while countries in the Horn of Africa, including Somalia, Kenya and Ethiopia, are still suffering from extreme drought. However, despite record breaking heat-waves in Europe and out of control wildfires in the US, developed nations are still slow to respond to the threat. In the run-up to the UN’s annual Climate Change Conference, Lee White, Gabon’s Minister for the Environment, made  clear his disdain for this lack of urgency. “It’s a horrible thing to say,” he said, “but until more people in developed nations are dying because of the climate crisis, it’s not going to change.”

In a sense, these attacks on art are intended to create a sense of urgency in the citizens of developed nations. The shock and horror at seeing what we think is the destruction of a priceless work of art is meant to translate into a sense of shock and horror at the climate catastrophe destroying our environment. But ‘Sunflowers’ is fine, it was never in any danger in the first place. Our initial reaction has been translated into either outrage at being fooled or admiration for the protestor’s audacity – neither of which is productive to the cause.