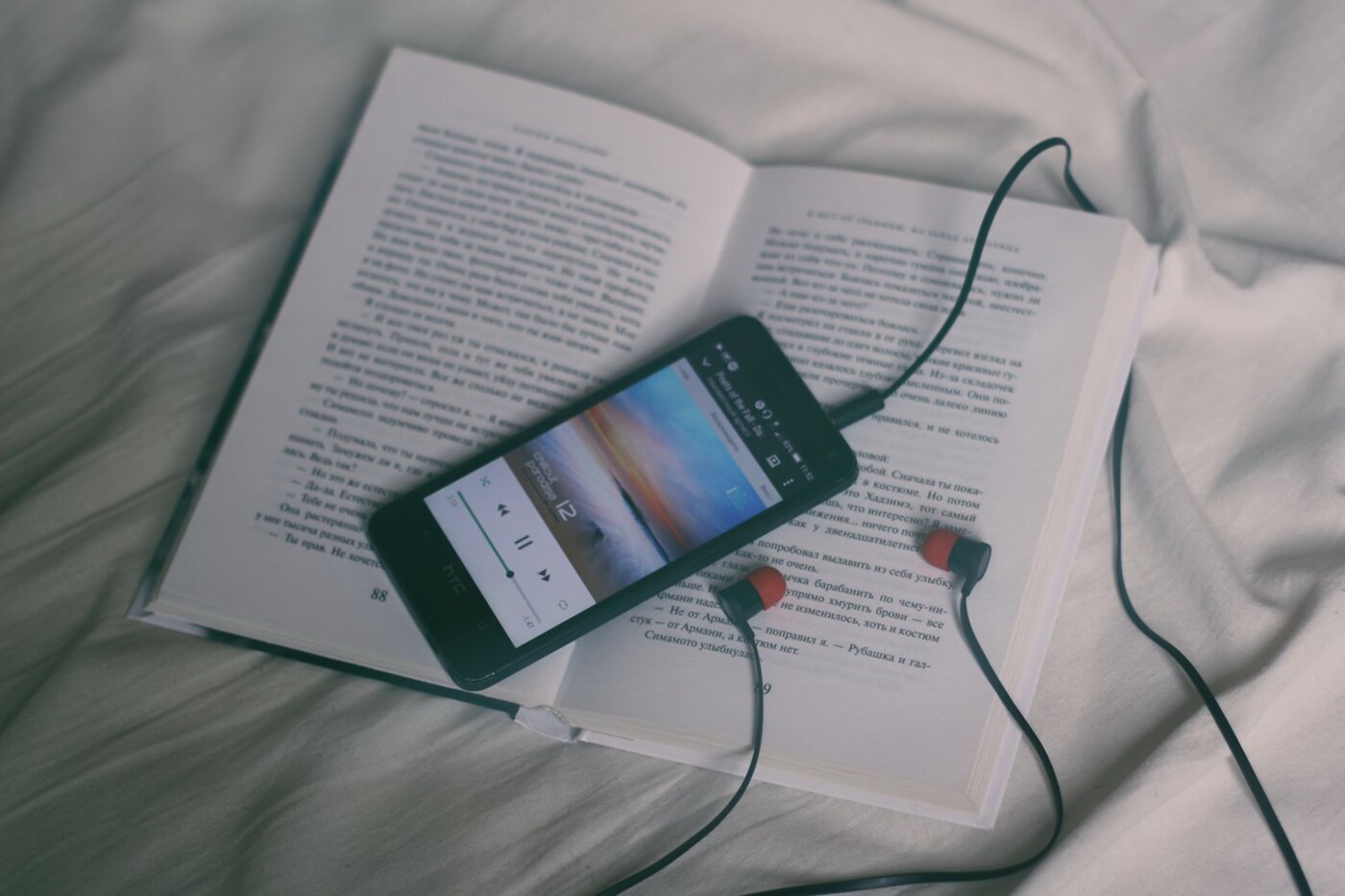 A Defence of Audiobooks

I was an anxious child. As an adult, I would eventually be diagnosed with obsessive compulsive disorder and autism. As a kid, I had no idea what was happening to me, and neither did my parents.

I would stay up past 1 am every night, reading book after book until the words blurred on the page. My parents would tell me to lie down and go to sleep, but I was too terrified of the black pit of thoughts waiting in my head. Needless to say, I was close to dropping every morning when I had to get ready for Primary School.

The solution, my parents eventually found, was to buy me a CD/cassette player and a pack of audiobooks. Now, instead of becoming tangled up in the webs of worry that were always waiting to ensnare me, I could lie down and listen to The Jungle Book, or The Hundred Mile An Hour Dog, or Ballet Shoes.

It’s a coping mechanism I still use to this day. Though I’m no longer completely reliant on it, I rarely travel anywhere without bringing headphones and an audiobook to listen to while walking around, and I always have one nearby when I’m going to sleep.

All that is to say: my opinions on the big ‘do audiobooks count as reading?’ debate are never going to be entirely unbiased. I will defend audiobooks to the death. Considering they’ve been supporting me since childhood, returning the favour seems like the very least I can do.

That being said, I don’t think I’m being overly swayed by sentiment when I argue that not only do audiobooks absolutely ‘count’ as reading, but the very fact that this is even a question is emblematic of everything wrong with how our society views books.

The typical argument against audiobooks is rooted in the idea that listening to somebody else read you a story, instead of absorbing it directly through your eyeballs, is somehow ‘cheating’. Travel up these roots, and you will find the stem of the issue: society’s misconception that reading is some sort of competition that we are all entered in from birth. And that is a poisonous weed.

They plant it in the school libraries, where we are told that Charles Dickens is automatically ‘better’ than Dick King-Smith, and that reading books with no pictures is the key to being a more worthwhile person. It gets watered with Primary School book reports and fertilised with Secondary School English lessons.

We have become obsessed with the spectre of the ‘real reader’.

By the time we reach adulthood, our insecurities about the size of our bookshelves are almost as deeply ingrained as those about the size of our bodies and bank accounts. We have become obsessed with the spectre of the ‘real reader’. A haunting figure who never reads anything but the densest classics and most revered critical darlings, never glanced at a graphic novel and never, ever, listened to an audiobook.

(To be honest, I’ve always felt a bit sorry for them. They don’t sound like they have much fun.)

In this climate of competition, the way forward is to push others back. Hence the claim that audiobooks are too ‘easy’ to count as real reading.

Why shouldn’t it be easy?

Nobody ever claimed that an audiobook is less enjoyable than a physical book. Nobody ever claimed that audiobooks can’t change your life just as easily as a physical book can. The idea that the best metric to measure how much you got out of a book is how much of a slog you found it to get through works only if you view books solely as status symbols.

A good book is worth more than an item on a checklist, or a trophy you drag out when you want to impress your friends.

It’s a new way of looking at the world, or an old way cast in a new light. It’s a window into someone else’s mind, or a doorway into your own. It’s a comfort to a small child lying in bed on a dark night, listening to a story to keep the monsters at bay.

Who cares how a book gets inside someone’s brain? The important thing is that it gets there.