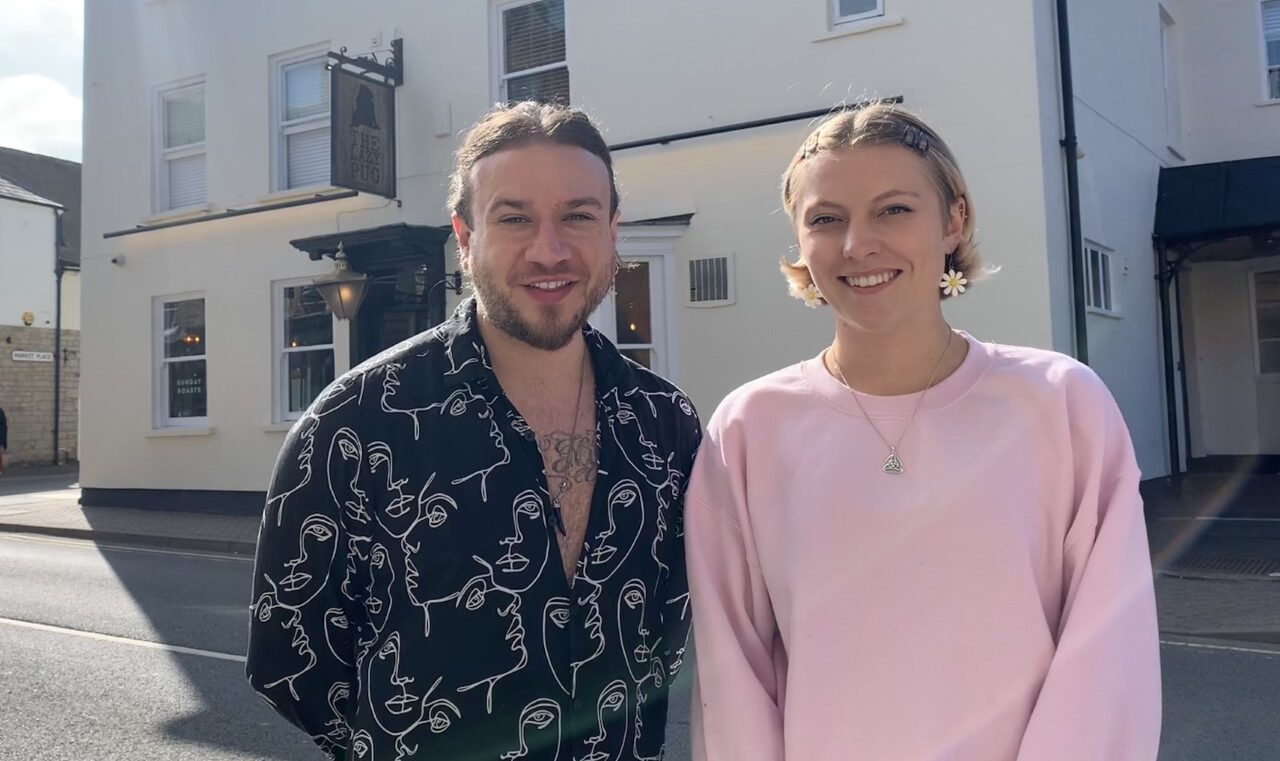 A Conversation with: ‘Four in a Bed’s’ The Lazy Pug

I had the pleasure of sitting down this week with Ash who took part in the show Four in a Bed with his friend and colleague Rosie. Four in a bed is the “Come Dine with Me” of B&B’s, however, the drama that unfolds during the episodes feels more personal and impactful given how these are people’s actual businesses and careers on display and under national scrutiny.

One of the biggest grading factors of the show is of course the breakfast. A defining factor of any good B&B (breakfast literally being in the name) causes paramount stress as it is – but what about when made for TV? ‘You’re filming the breakfast scenes for 3-4 hours’, when watching the show this does make sense as I don’t think I’ve ever seen a complaint about the food’s temperature. The Lazy Pug’s breakfast was host to many, in my view, petty critiques such as ‘burnt toast’ that looked comically pale and ‘overdone’ eggs which, if you’ve had a baked egg before, you’d know is not really a thing. Ash shared how when filming another contestant’s breakfast clips of him being stressed, they were pieced together to make it look as though he was consistently out of his depth for his entire breakfast delivery. Despite being entertaining editing for viewers at home, I pray that the business owner’s nervousness didn’t cost him in the long run.

‘It’s above a bath, I’m sure you would get naked in a bath’ is something I’m sure we can all agree on here

Speaking of editing, I am sure it’s no shock that reality TV is a pieced-together collection of real but also enhanced moments. ‘We are filming all day, mainly because clips are retaken…producers will hear a passing comment on the rooms, etc, and ask you to repeat louder or ask ‘can you say it like this’. The Lazy Pug in particular got critiqued as being ‘inappropriate’ due to a ‘Let’s Get Naked’ neon sign being in one of the contestants’ rooms. Perhaps a clash in generations and personalities but this petty offense was most likely just innocently a man’s taste difference rather than something he outwardly had great issue with. ‘He’s actually lovely’ Ash revealed as I stated how some of the comments seemed unjust; hence why we should not believe everything ‘reality’ TV offers us. ‘It’s above a bath, I’m sure you would get naked in a bath’ is something I’m sure we can all agree on here.

the placement seemed almost purposeful for a contestant to find

If you have watched the show before you’ll be anticipating the ‘finger sweep’ that is checking for dust. It’s a part I love most with Four in a Bed as contestants bend, leap and crawl into the most ridiculous spaces hunting to find that secret dust. Easier to find however, was the black dusty sock in one of The Lazy Pug’s rooms. ‘Everyone asks about the sock’ Ash laughed, ‘we had the cleaners, owners, ourselves check that room multiple times…. I’m not saying it was planted but the room was clean.’ Although taken now in jest I find it baffling that the sock would have gone unnoticed. Found in the middle of the room next to a chair, the placement seemed almost purposeful for a contestant to find. It makes for great TV so if one of the producers in a ‘behind the scenes’ is seen sockless – I will not be shocked.

Despite not winning the glorious Four in a Bed plaque, Ash & Rosie got a great score of 87% final bill average coming second. Although knocking off £8-£20 seems a little amount of money, contestants justify their reasons and sometimes even overpay! To me, it seems coincidental how there is always one contestant that gets overpaid each week ‘I can’t speak for the other contestants, but our payment was genuine’. Contestants don’t actually pay for the rooms themselves so the ‘payment day’ is more symbolic than impactful of businesses’ profits and losses. Payment day is always filled with tension, ‘you’re filming all day for two weeks so things do get stressful and petty’ with polite but pointed comments on cleanliness and ‘difference in opinion’ you could cut it with a knife. However, these tensions are rarely spiteful and all in good spirits ‘I’m actually looking at staying at The Pretty Thing sometime’.

The Lazy Pug are looking at expanding and has received amazing bookings since the episode aired.